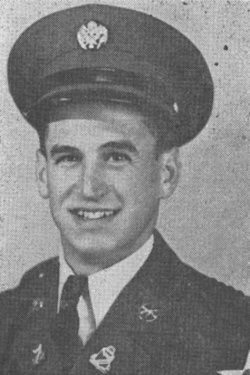 Ssg Carey was leading the Company Machine gun section during an attack on a heavily defended enemy position on Hill 154 near Plougastel, Brittany, France.

American units were pinned down by intense enemy machinegun fire from a pillbox approx. 200 yards up the hill. SSG Carey moved his guns to an advanced position and then armed himself with as many hand grenades as he could carry.

With absolutely ZERO regard for his own safety Carey low-crawled to the pillbox under unrelenting enemy fire; 150 meters out he ran across a German rifleman – he killed him and moved on.

Once within grenade-throwing range, SSG Carey chucked his grenades, one by one, and to no avail  toward the gun ports.  The only way to get close enough to accurately deliver his grenades was to expose himself to enemy gunners.

In spite of wounds, that would prove mortal, Carey gathered his strength and continued his grenade attack managing to toss a grenade directly into the Pill Box, killing the enemy gunners and putting their guns out of action.

Carey’s men were Inspired by his heroic acts and they swiftly occupied the position, overpowering the remaining enemy resistance in the vicinity.