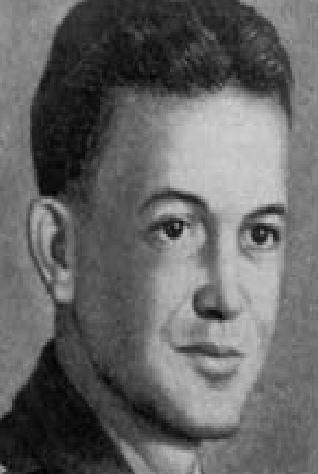 Msgt Watkins and 30 men were surrounded and isolated from reinforcements when an overwhelming enemy force broke through the American lines. Watkins took command, established a perimeter defense and led his men in close quarters battle repelling assault after assault.

Completely surrounded and cut off, Watkins continuously exposed himself to enemy fire as he moved from foxhole to foxhole giving instructions and offering encouragement to his men.

A new enemy assault began and  6 enemy soldiers were able to get close enough that they  began to throw grenades into the perimeter disregarding his own sever wounds, Watkins climbed out of his foxhole and engaged them with his rifle – Killing all six.

Paralyzed from the waist down, Watkins continued to encouraged his men to hold on.

He refused rations ordering that it be saved for his comrades, and when it became apparent that help would not arrive in time to hold the position ordered his men to escape to friendly lines.

Knowing his situation was hopeless and that his men would hindered he refused evacuation and ordered his men to exfil.

Msgt Watkins held his ground and cheerfully wished them luck as they escaped and he provided covering fire until sustaining a mortal wound.

No greater Love exists than the one between combat soldiers.