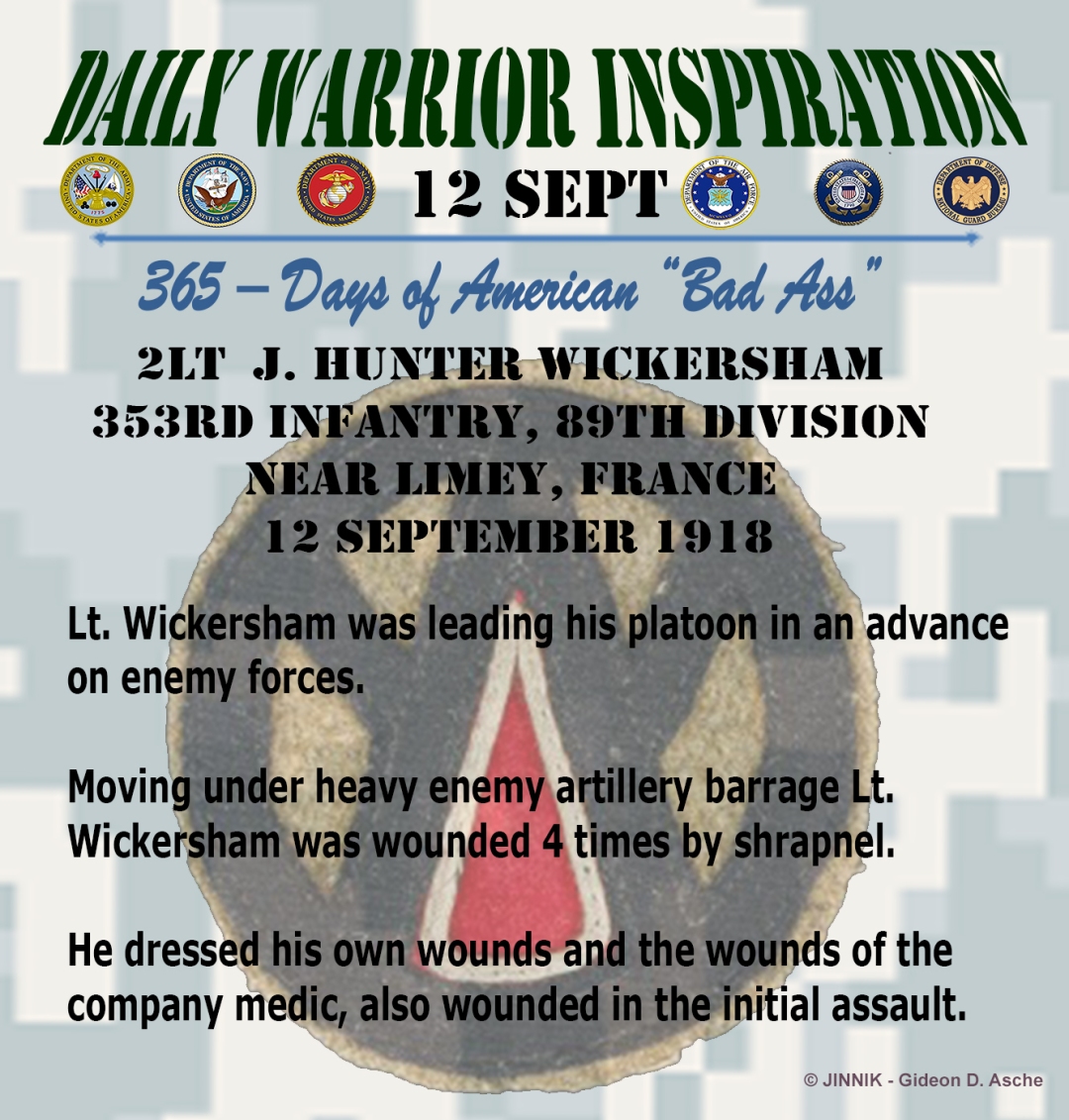 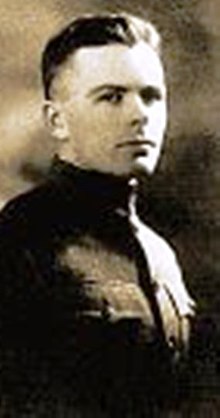 Moving under heavy enemy artillery barrage Lt. Wickersham was wounded 4 times by shrapnel as he led his platoon in an advance on enemy forces.

He dressed his own wounds and the wounds of the company medic, also wounded in the initial assault. Wickersham then continued to lead his men from the front. He accompanied the further advance of his platoon.

Weakened by the loss of blood and unable to use his right hand and arm Lt. Wickersham continued to engage the enemy with accurate and effective fire from his sidearm right up to the moment he fell, exhausted by loss of blood, and died.

Lt. Wickersham remained true to the men he led in battle.   He was a Soldier’s officer.