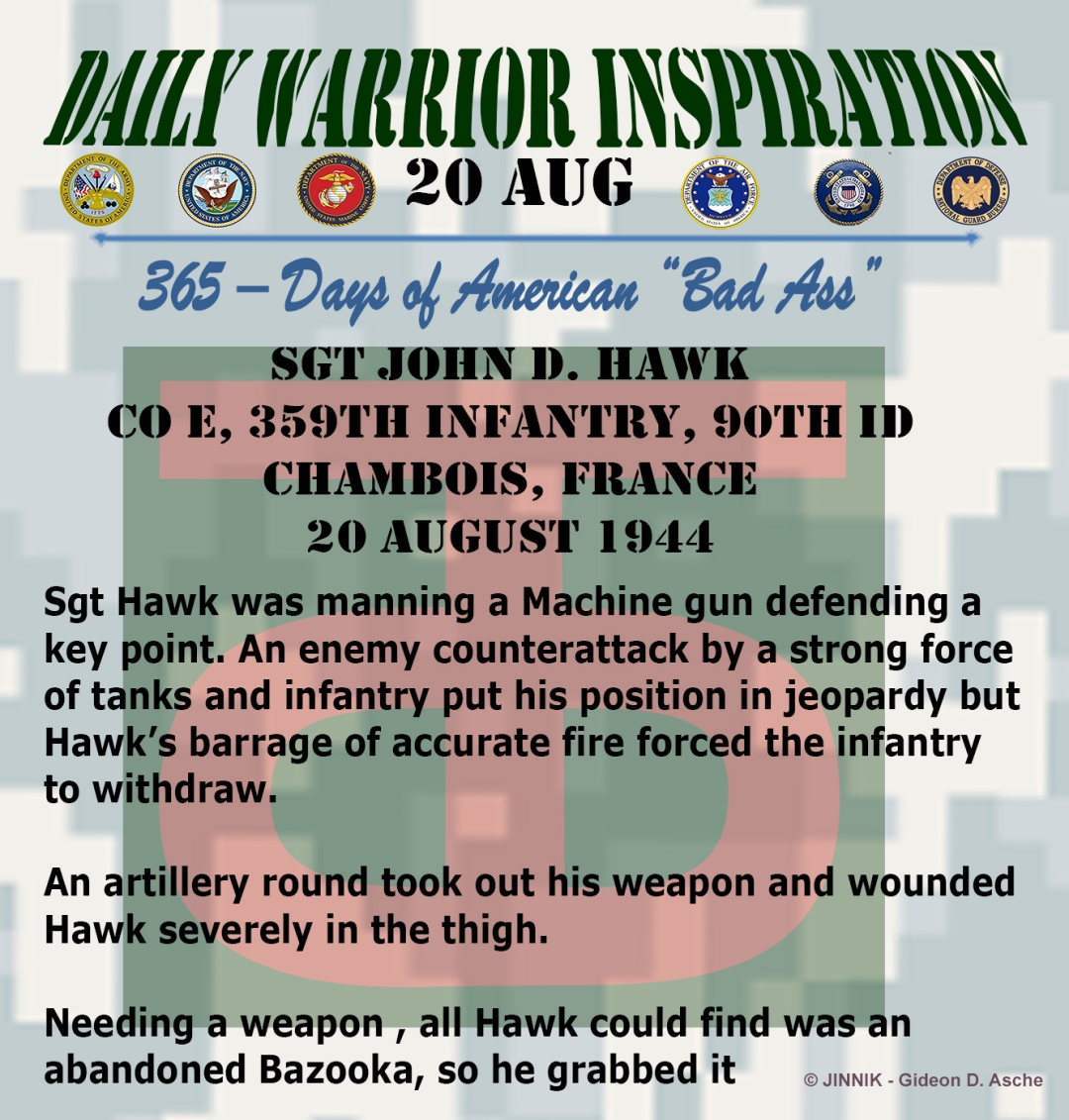 Sgt Hawk was manning a Machine gun defending a key point in the encirclement which created the Falaise Pocket.

An enemy counterattack by a strong force of tanks and infantry put his position in jeopardy but Hawk’s garage of accurate fire forced the infantry to withdraw.

An artillery round took out his weapon and wounded Hawk severely in the thigh.

Needing a weapon , all Hawk could find was an abandoned Bazooka, so he grabbed it.

Hawk and his asst. gunner stalked and destroyed tank after tank until they were forced to withdraw.

Sgt. Hawk then reorganized 2 machinegun squads and managed to assemble one functioning Machine Gun from the remains of the 2 that were destroyed by artillery then poured fire on the advancing enemy.

A new enemy offensive underway, Hawk was forced to withdraw his men to a safer position,  two tank destroyers arrived from the rear but they were ineffective due to terrain.

Only after Sgt, Hawk, in spite of his wounds,  climbed to an exposed position on a knoll where,  he became a human aiming stake for the destroyers.

Having seen exactly where the German armor had taken cover, Hawk directed fire on their positon until the enemy  decided to surrender – all 500 of them.

The last line of Sgt. Hawk’s Medal of Honor Citation reads as follows:

“Sgt Hawk’s fearless initiative and heroic conduct, even while suffering from a painful wound, was in large measure responsible for crushing 2 desperate attempts of the enemy to escape from the Falaise Picket and for taking more than 500 prisoners.”

Sgt Hawk went on to  fight at the Battle of the Bulge and several other majorWW2 engagements. Josmiilitary honors include four awards of the Purple Heart and a CIB with a crown of stars.

Hawk later described courage as:  “… not the absence of fear, having no fear would be the absence of intelligence. Instead, bravery is overcoming that fear.”