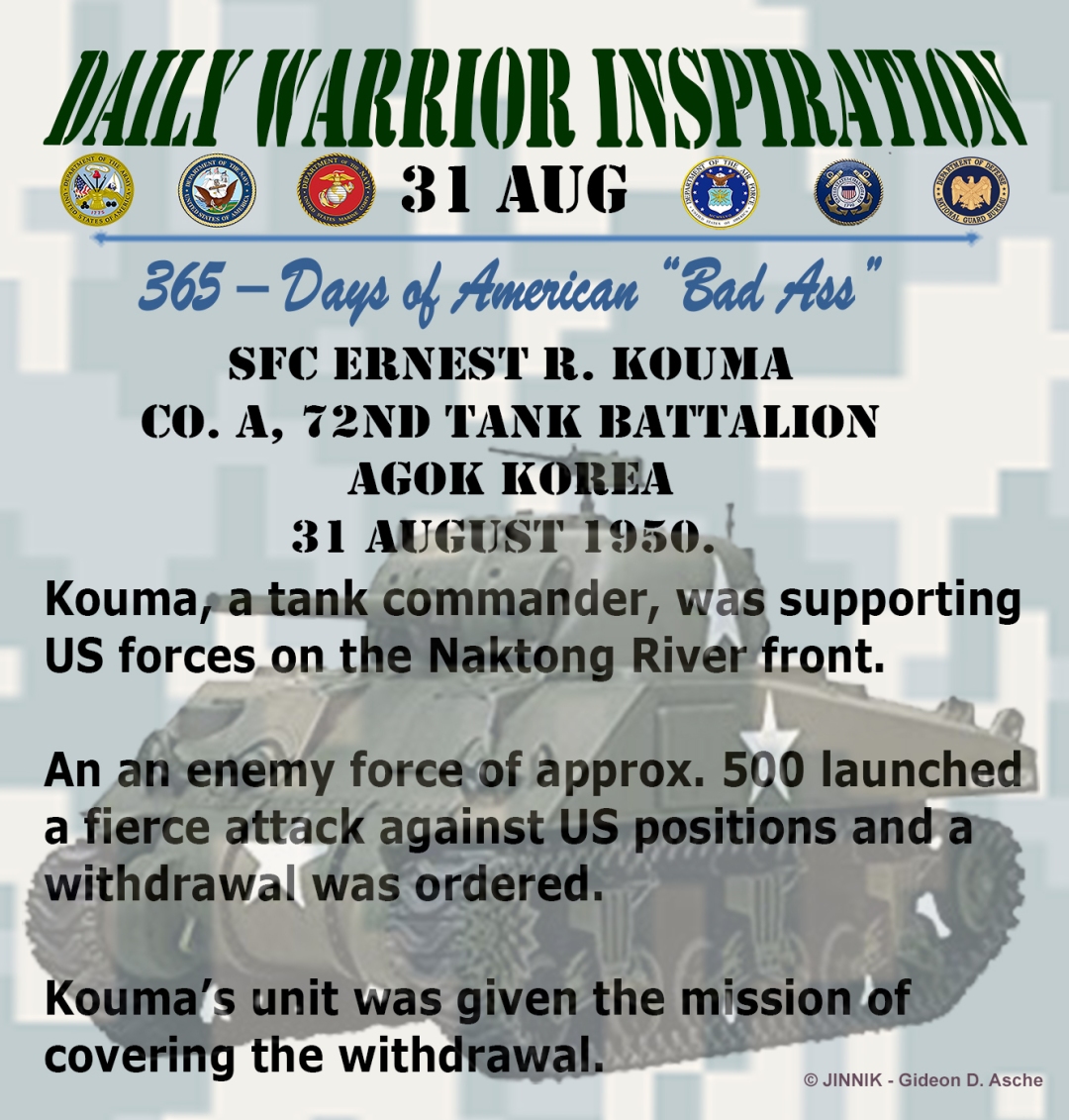 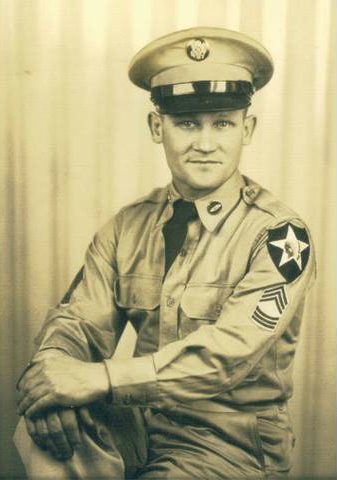 Kouma, a tank commander, distinguished himself while his unit was supporting US forces on the Naktong Riverfront. The night of 31 August 1950, an enemy force of approximately 500 launched a fierce attack against the positions SFC Kouma was supporting.

A withdrawal was ordered and Kouma’s unit was given the mission of covering the withdrawal.

Two tanks were overrun, one was destroyed and another forced to retreat.  Kouma discovered that he was alone and his tank was the only obstacle in the path of the enemy onslaught. – You talk about an “Oh Shit” moment.

Holding his ground, SFC Kouma gave fire orders to his crew and remained in position throughout the night. At one point enemy infantry surrounded his tank; Kouma left the safety of his armored turret, manned the .50 caliber machine gun mounted on the rear deck and delivered suppressing fire. His ammunition exhausted, Kouma fired his pistol and threw grenades to keep the enemy from his tank.

After more than 9 hours he withdrew his vehicle to friendly lines. During the withdrawal through 8 miles of hostile territory, Kouma inflicted heavy casualties upon the enemy destroying 3 hostile machine-gun positions.

Kouma’s stand allowed US infantry sufficient time to reestablish defensive positions. Although seriously wounded, Kouma attempted to resupply his tank and return to the battle.

As a testament to the quality of this Soldier’s character, after the battle, while being evacuated for medical treatment, he claimed he could still hold a rifle and demanded he be returned the front with his men.