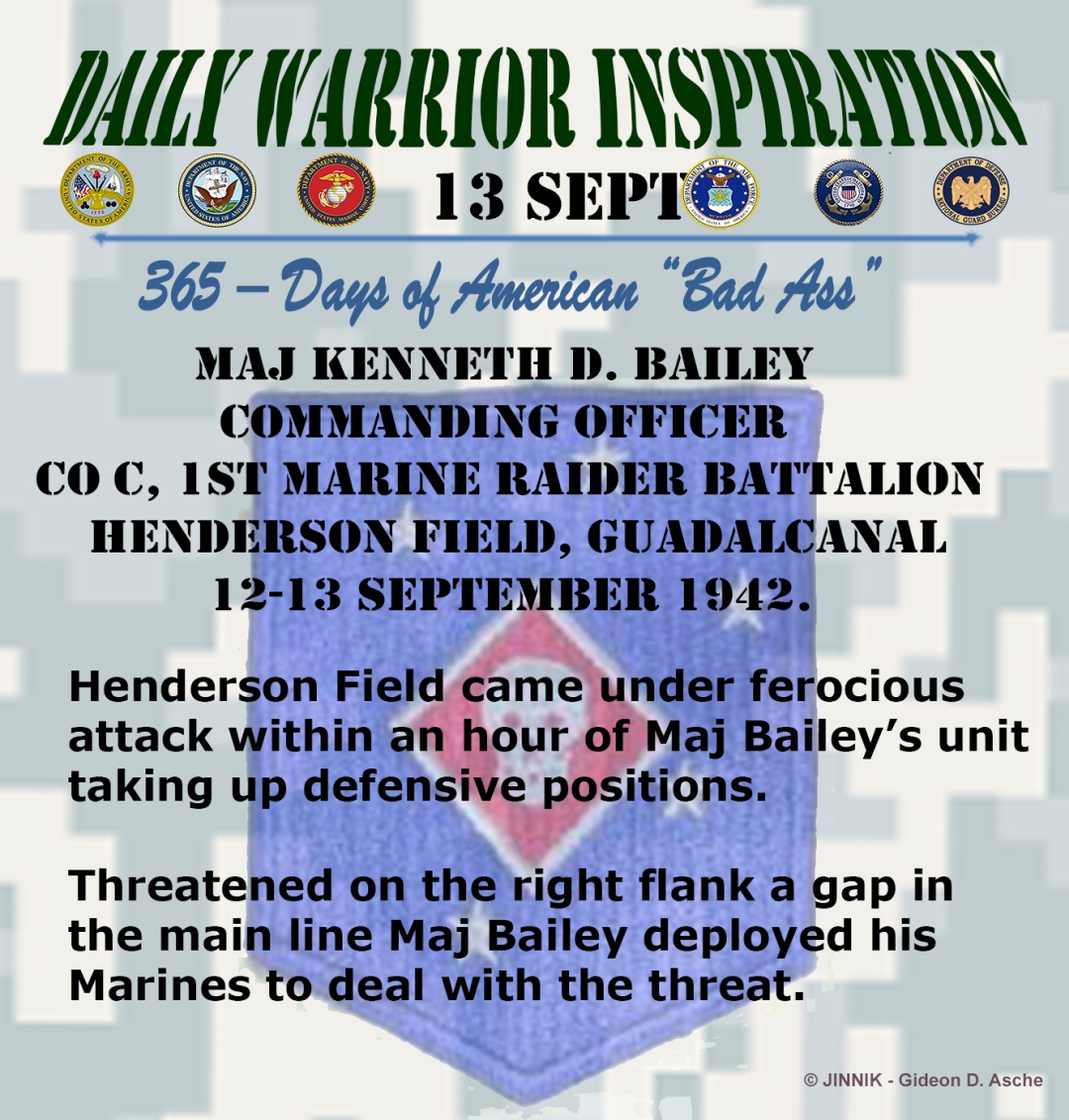 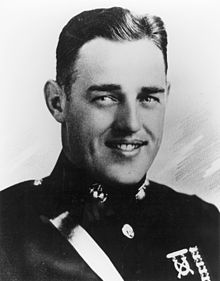 Henderson Field came under ferocious attack within an hour of Maj Bailey’s unit taking up defensive positions. Threatened on the right flank by the penetration of the enemy into a gap in the main line Maj Bailey deployed his Marines to deal with the threat.

In addition to repulsing this threat, and standing his ground, he and his Marines used every weapon and asset at his command to provide cover for the withdrawal of the main line.

In spite of a severe head wound, Maj. Bailey repeatedly led his troops in fierce hand-to-hand combat for in excess of 10 hours before he gave his life for his flag.

The last line of Maj Bailey’s Medal of Honor citation reads as follows.

“His great personal valor while exposed to constant and merciless enemy fire, and his indomitable fighting spirit inspired his troops to heights of heroic endeavor which enabled them to repulse the enemy and hold Henderson Field. He gallantly gave his life in the service of his country.”