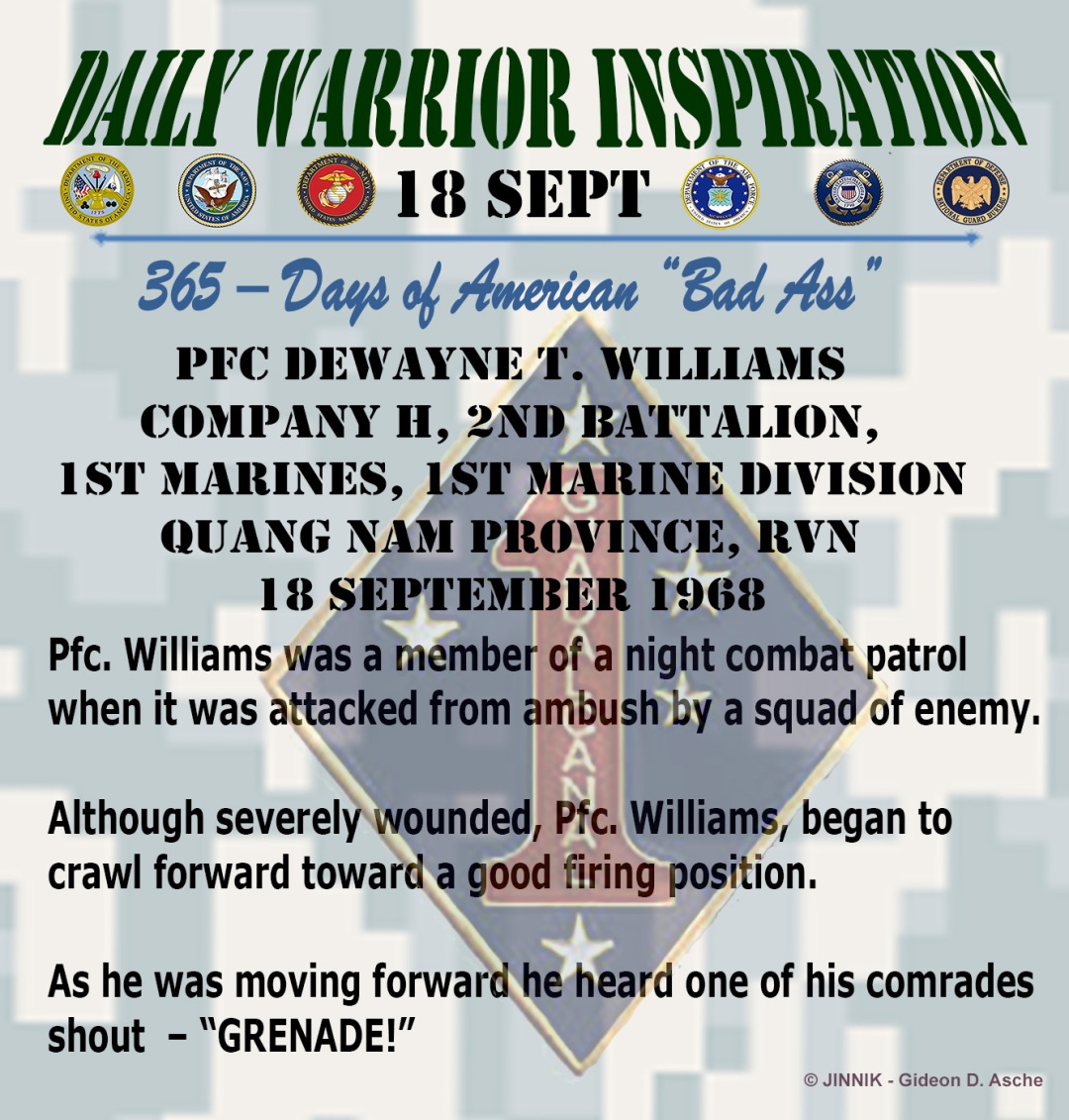 Pfc. Williams was a member of a night combat patrol when it was attacked from ambush by a squad of enemy using small arms and hand grenades.

As he was moving forward he heard one of his comrades shout  – “GRENADE!”

Williams saw that the grenade had landed in the midst of his squad very close to his position.

He simply rolled on top of the grenade as it exploded, absorbing the full blast with his body.

The last line of PFC Williams’ Medal of Homor Citation reads as follows.

“Through his extraordinary initiative and inspiring valor in the face of certain death, he saved the other members of his patrol from serious injury and possible loss of life, and enabled them to successfully defeat the attackers and hold their position until assistance arrived. His personal heroism and devotion to duty upheld the highest traditions of the Marine Corps and the U.S. Naval Service. He gallantly gave his life for his country.”