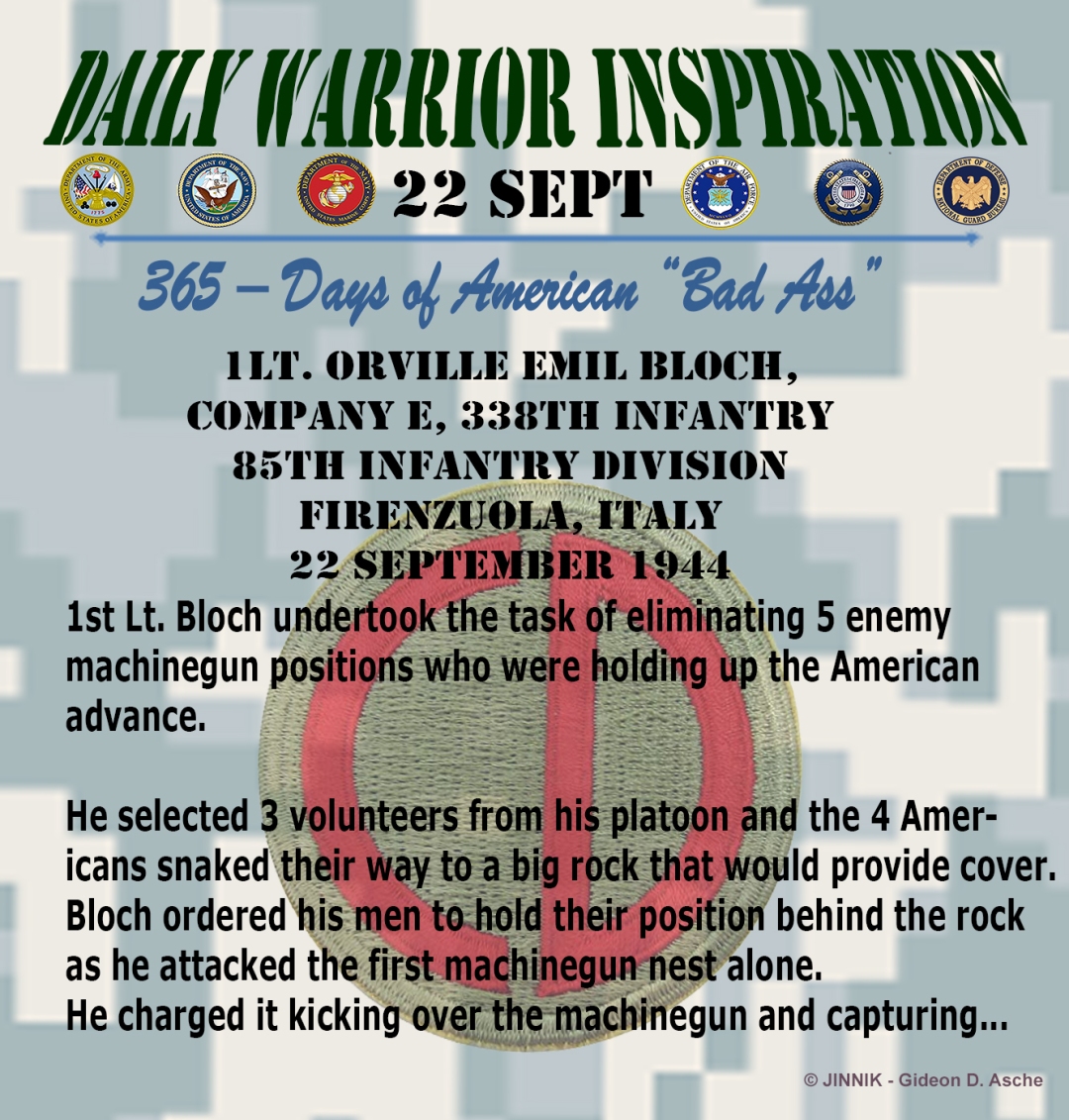 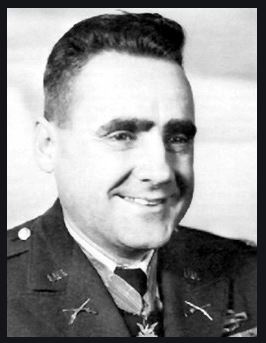 1st Lt. Bloch undertook the task of eliminating 5 enemy machinegun positions who were holding up the American advance.

He selected 3 volunteers from his platoon and the 4 Americans snaked their way to a big rock that would provide cover. Bloch ordered his men to hold their position behind the rock as he attacked the first machinegun nest alone.  He charged it kicking over the machinegun and capturing the machinegun crew of 5.

Next Bloch removed the pin from a grenade, he held it ready in his hand and dashed into the face of withering automatic fire toward this second enemy machinegun nest located at the corner of an adjacent building 15 yards distant.

When within 20 feet of the machinegun he hurled the grenade, silencing the enemy gun.  Bloch and one other soldier advanced to the opposite end of the house, eliminating a second machinegun and crew of 5.

The house was still occupied by enemy troops so, without a moment’s hesitation, 1st Lt. Bloch, unassisted, rushed through the door into a hail of small-arms fire, firing his carbine from the hip, and captured the 7 occupants, wounding 3 of them.

1Lt. Bloch and his men proceeded to a third house where they discovered an abandoned enemy machinegun and detected another enemy machinegun nest at the next corner of the building. The enemy crew of 6, spotted 1Lt. Bloch who jumped into action and dashed toward them.

The enemy fired pistols wildly in his direction and vanished through a door of the house, 1st Lt. Bloch following them through the door, firing his carbine from the hip, wounding 2 of the enemy and capturing 6.

Altogether 1st Lt. Bloch had single-handedly captured 19 prisoners, wounding 6 of them and eliminating a total of 5 enemy machinegun nests. His gallant and heroic actions saved his company many casualties and permitted them to continue the attack with new inspiration and vigor.