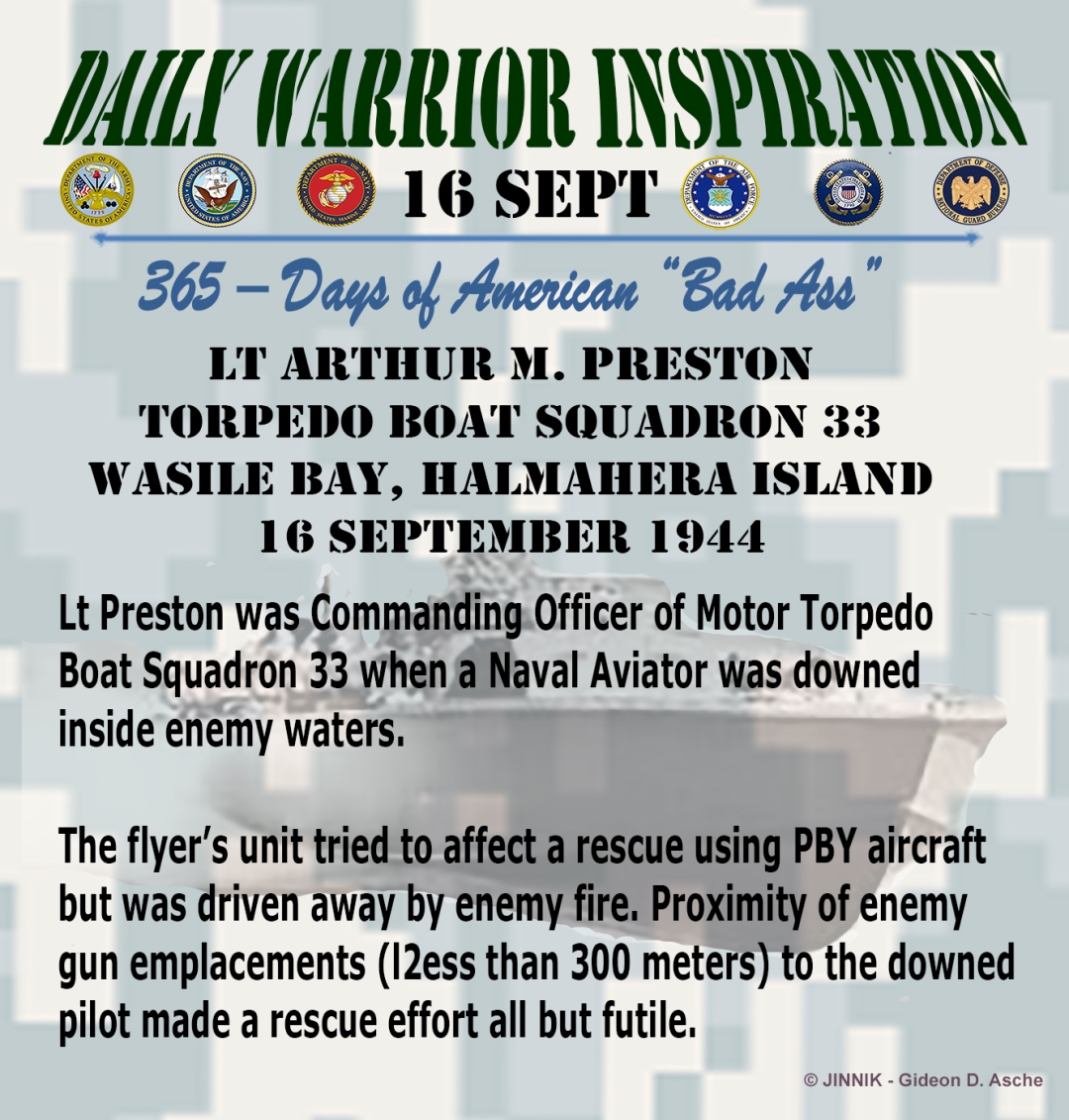 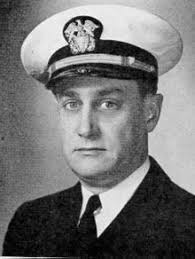 Lt Preston was Commanding Officer of Motor Torpedo Boat Squadron 33 when a Naval Aviator was downed inside enemy waters. The flyer’s unit tried to affect a rescue using PBY aircraft but was driven away by enemy fire.

Proximity of enemy gun emplacements (l2ess than 300 meters) to the downed pilot made a rescue effort all but futile.  Lt. Preston volunteered his Boats for the perilous mission of recovering the American deep inside enemy waters.

Lt. Comdr. (then Lieutenant) Preston was turned back twice by heavy enemy fire as he led  his Boats through 60 miles, heavily mined, heavily patrolled enemy waters.  A gauntlet of coastal batteries was waiting for PT-489 and PT-363 when they got closer to their objective. – The downed American.  After 2 unsuccessful attempts Lt. Preston, with the help of an airborne smoke screen, finally reached his objective.

They recovered the Pilot from the water and were engaged by an enemy vessel, Lt Preston’s 40-MM gunner sent her to Davy Jones’ locker without hesitation.

Fuel requirements forced that air cover to leave the area and Lt. Preston and his Boats were forced to make a high speed run through mined waters, under heavy enemy bombardment,  for in excess of 2o mins to reach safe waters.

PT boats 489 and 363 were under continuous enemy fire for more than 2 ½  hours; yet  Lt. Comdr. Preston successfully pulled off a  suicidal mission, recovering the Aviator and inflicting heavy losses on the enemy.

He brought his boats and his men home in one piece.  They had a few holes but were still floating.