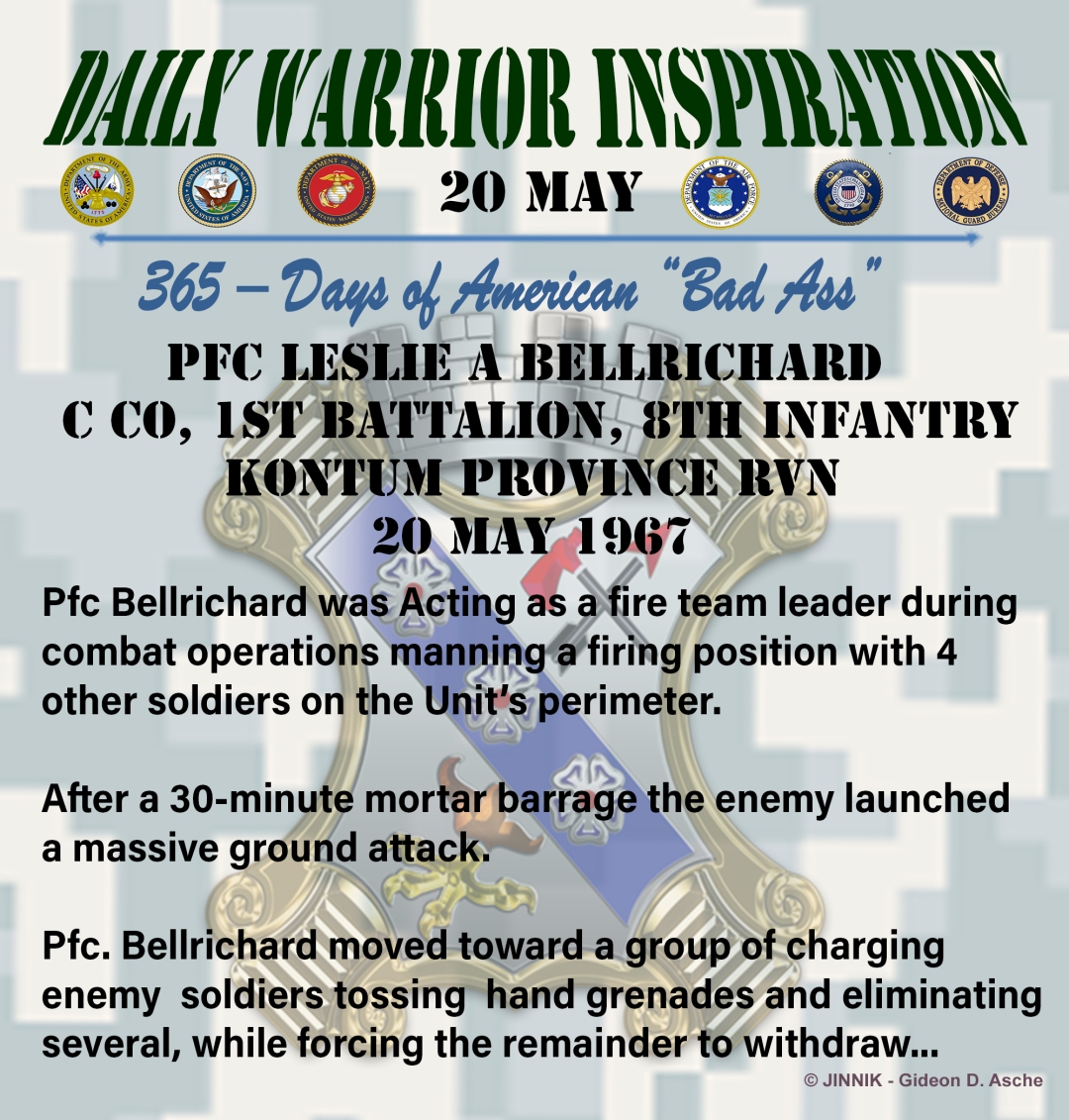 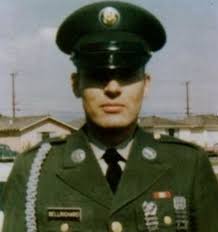 Pfc Bellrichard was Acting as a fire team leader during combat operations manning a firing position with 4 other soldiers on the Unit’s perimeter when they came under attack from a large enemy element.

Pfc. Bellrichard was with 4 fellow soldiers in a foxhole on their unit’s perimeter when the position came under a massive enemy attack. After a 30-minute mortar barrage barrage the enemy launched a massive ground attack.

Pfc. Bellrichard moved toward a group of charging enemy soldiers tossing  hand grenades and  eliminating several, while forcing the remainder to withdraw.

The enemy repeated the mortar and rocket bombardment, then again made a massive infantry charg in a concerted effort to overrun the position.

Pfc. Bellrichard responded by throwing hand grenades at the onrushing attackers. As he was about to toss a grenade, a mortar round exploded just in front of him, throwing him to the ground and causing him to lose his grip on the grenade.

Pfc. Bellrichard had just about 5 seconds to decide what to do; he needed way less time to  make the decision.  He threw himself on the grenade, shielding his companions from the blast.

Although literally blown almost in half, Pfc. Bellrichard struggled into an upright position in his and fired his rifle at the enemy until he succumbed to his wounds.

“His selfless heroism contributed greatly to the successful defense of the position, and he was directly responsible for saving the lives of several of his comrades. His acts are in keeping with the highest traditions of the military service and reflect great credit upon himself and the U.S. Army.”