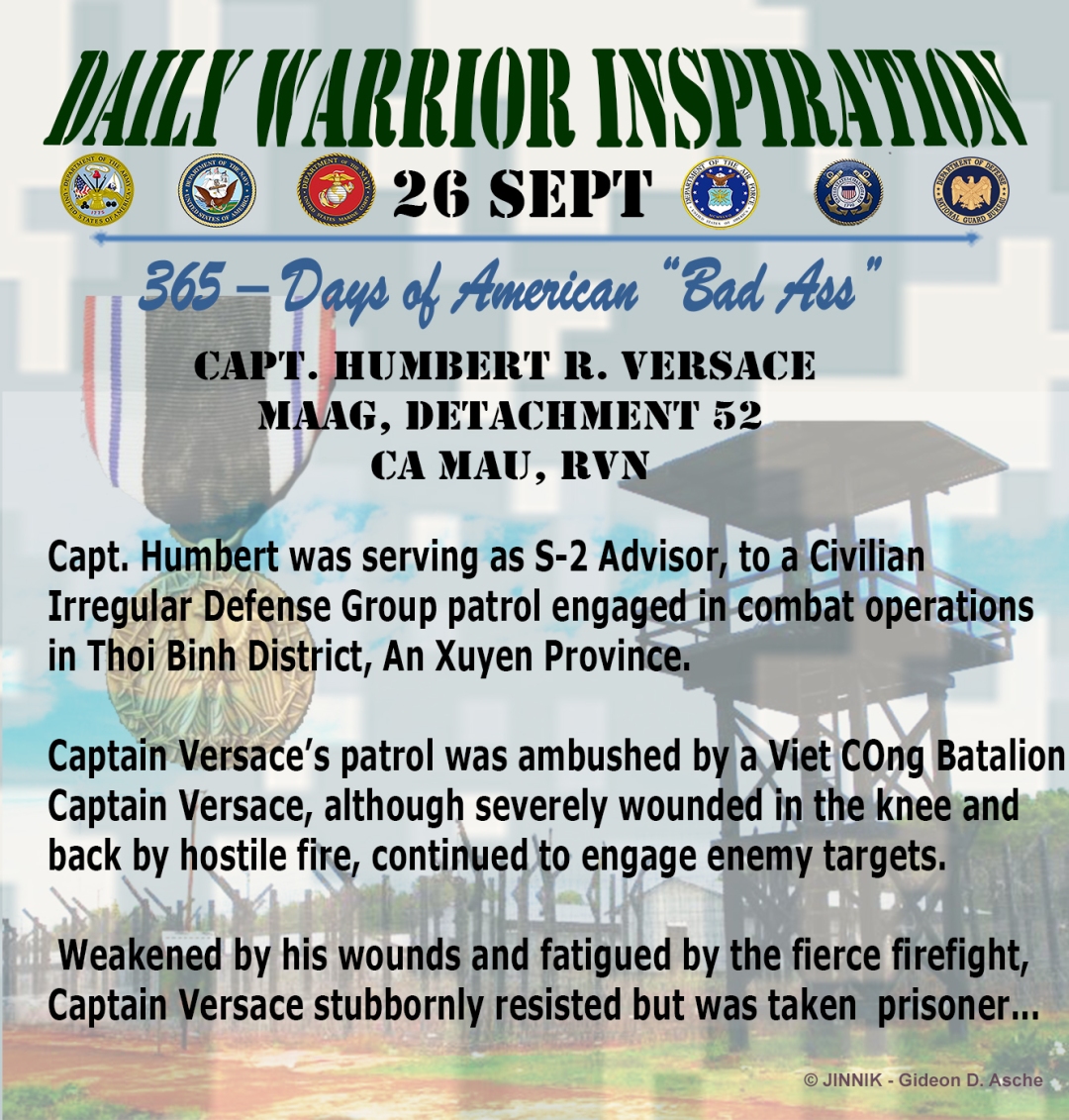 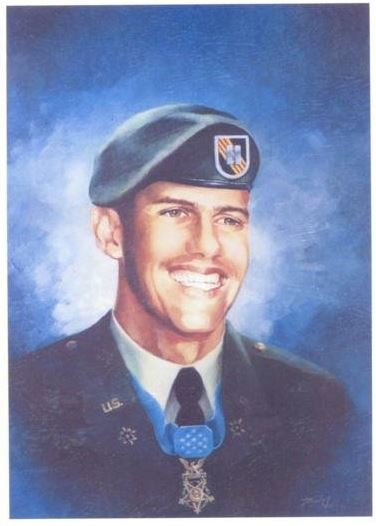 Captain Versace’s patrol came under sudden and intense mortar, automatic weapons, and small arms fire from elements of an enemy battalion. Captain Versace, although severely wounded in the knee and back by hostile fire, fought valiantly and continued to engage enemy targets.

Weakened by his wounds and fatigued by the fierce firefight, Captain Versace stubbornly resisted capture by the over-powering Viet Cong force with the last full measure of his strength and ammunition. Taken prisoner by the Viet Cong.

He exemplified the tenets of the Code of Conduct from the time he entered into Prisoner of War status. Captain Versace assumed command of his fellow American soldiers, scorned the enemy’s exhaustive interrogation and indoctrination efforts.

In spite of his weakened condition which was brought about by his wounds and the extreme privation and hardships he was forced to endure during his captivity, Capt. Humbert made three unsuccessful attempts to escape.

Captain Versace was segregated in an isolated prisoner of war cage, manacled in irons for prolonged periods of time, and placed on extremely reduced ration. The enemy was unable to break his indomitable will, his faith in God, and his trust in the United States of America.

Captain Versace, an American fighting man who epitomized the principles of his country and the Code of Conduct, was executed by the Viet Cong on 26 September 1965. Captain Versace’s gallant actions in close contact with an enemy force and unyielding courage and bravery while a prisoner of war are in the highest traditions of the military service and reflect the utmost credit upon himself and the United States Army.