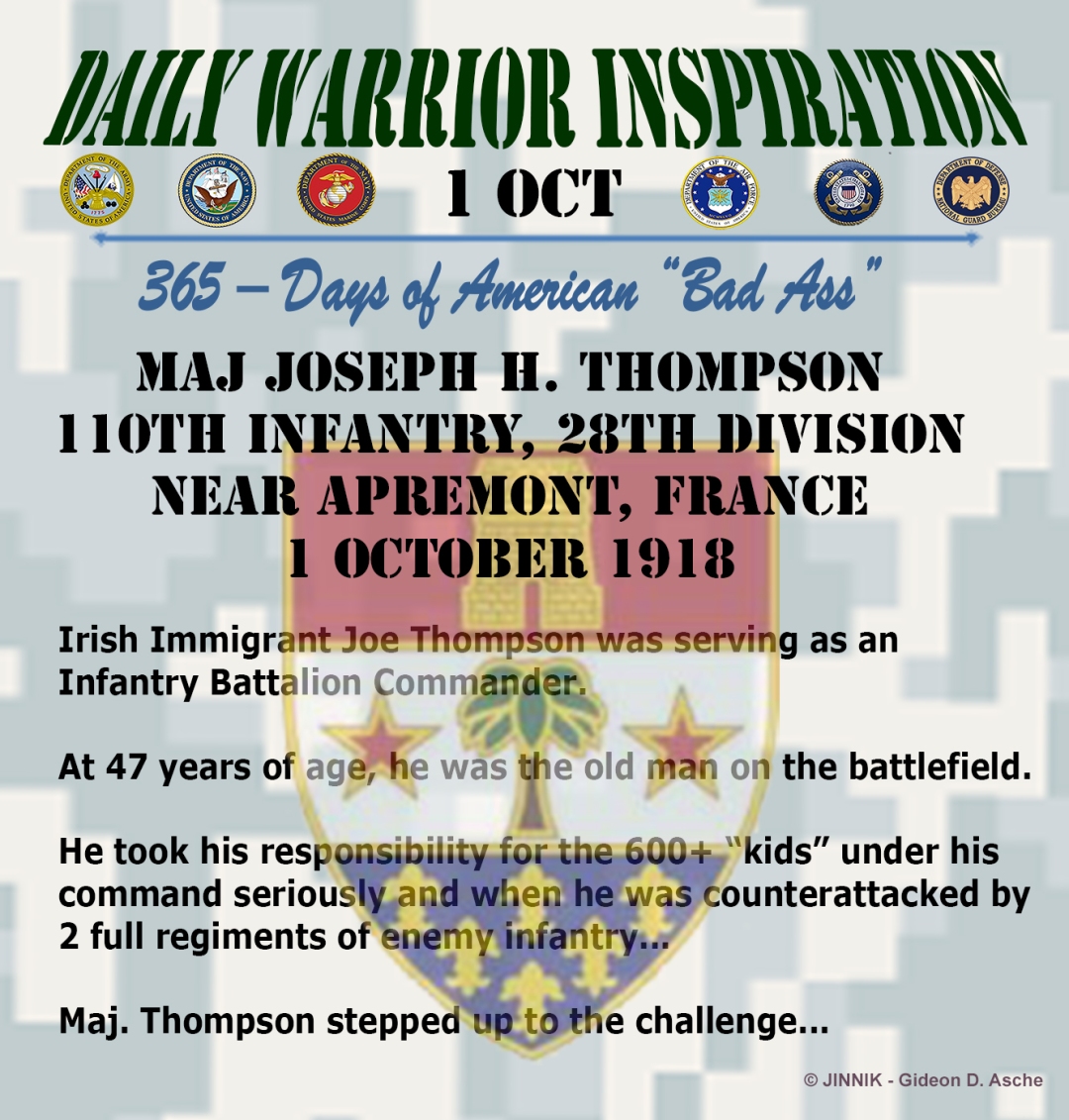 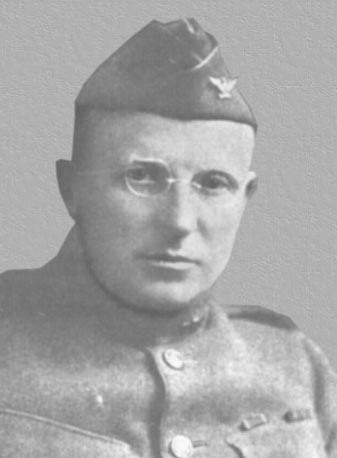 Irish Immigrant Joe Thompson was serving as an Infantry Battalion Commander.  At 47 years of age, he was the old man on the battlefield. He took his responsibility for the 600+ “kids” under his command seriously and when he was counterattacked by 2 full regiments of enemy infantry, Maj. Thompson stepped up to the challenge.

Leading his men from the front he encouraged his battalion by making sure his men saw him taking the initiative.  Continually braving the hazardous fire of machineguns and artillery, he moved from position to position maintaining positive command of the battle.

Maj. Thompson’s courage and leadership is credited with turning the tide of  battle and the success of US troops in repelling a vastly superior enemy force.

Maj Thompson advanced his assaulting companies, and his 6 rudimentary “Tanks” but was held up by heavy enemy machinegun fire and having 5 of his 6 tanks break down.  Maj. Thompson sprinted forward on foot, leading his last operating Tank in advance of the assaulting line to within a few yards of the enemy machinegun nest.

Then in one of the first known successful employments of Armor working in concert with Infantry on the Battlefield, Major Thompsons Tank crew eliminated the gun emplacement with direct fire showing the value of Armor accompanied by infantry on the modern battlefield.

You Cav Guys Know the rest of the Story…