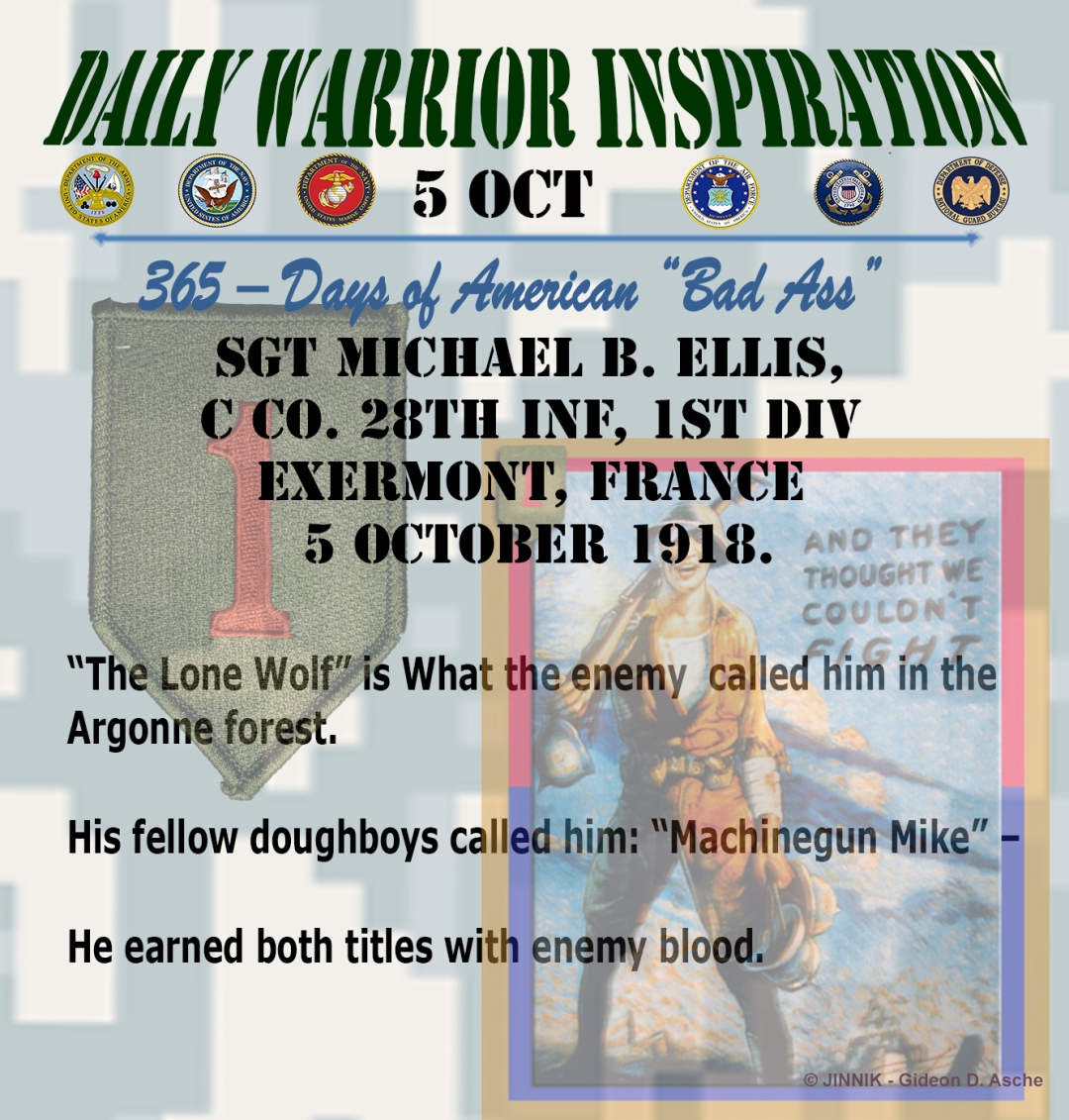 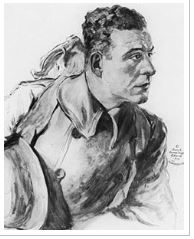 Ellis saw his first combat at age 16 when he served with Company K, 7th Infantry, along the Mexican border and at Vera Cruz.

After discharge, he decided he preferred the military life and reenlisted in 1917 and deploying to France in 1918. Ellis operated well forward of his unit all day the 5th of October 1918, He voluntarily took the most dangerous missions. Ellis single -handedly crept from enemy Machine gun position to enemy Machinegun position dispatching their crews as he went. He flanked one enemy position to find 19 enemy soldiers.

He killed two just to get their attention then took the other 17 prisoner. Later that day, Ellis went back out and collected 27 more German prisoners, including  2 officers and 6 Machinegun crews.

Ellis effectively interrogated the officers ascertaining the exact location of other enemy positions and strength.  Acting on this Intel, Ellis went back out and destroyed 4 more enemy gun emplacements, clearing the way for his unit to advance.

He was recommended for the Medal of Honor for his bravery on Oct 5th. Sgt Ellis continued to prove himself for the rest of the war and was awarded a Silver Star for subsequent actions.

Our allies honored Ellis with several combat medals including the Chevalier Legion of Honor of France, and the Croix-de-Guerre with Palm, the Cross of War of Italy, Cross of War of Poland and two medals, Senior and Junior in recognition by the Moroccan Government, basically the Medal of Honor for from every place he fought.

In August 1919, Ellis came home to St. Louis, where General Pershing presented him with the l Medal of Honor. Ellis was the only soldier in Pershing’s First Division to receive this honor but when he searched for post-war employment he came up empty-handed.

When someone told President Coolidge that Ellis was unemployed, the president directed the postmaster General to give Ellis a job at the Post Office in St. Louis.  Veterans have had preferred status for employment with the USPS ever since.