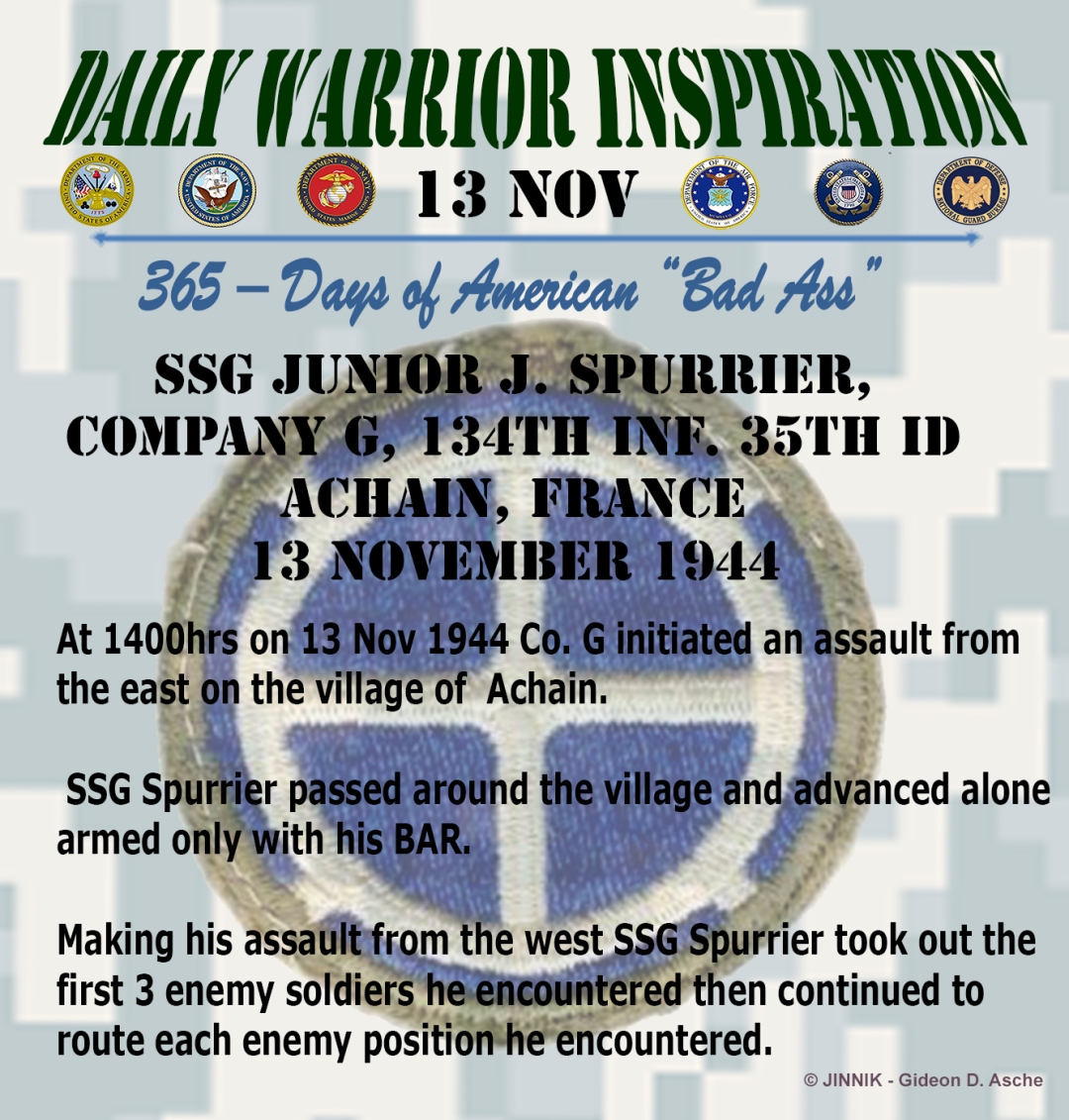 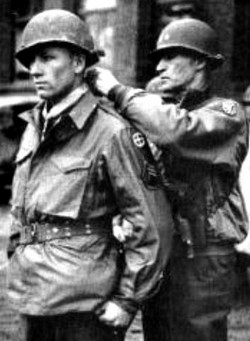 At 1400hrs on 13 Nov 1944 Co. G initiated an assault from the east on the village of Achain.  SSG Spurrier passed around the village and advanced alone armed only with his BAR.

Making his assault from the west SSG Spurrier took out the first 3 enemy soldiers he encountered then continued to route each enemy position he encountered.

Unable to return to friendly lines for ammunition SSG Spurrier utilized captured weapons once his own BAR was out of ammo.  Spurrier was seen using his BAR, an M1 he recovered from a fallen American, various captured German weapons: German rocket launchers, German automatic weapons, German pistols, and hand grenades.

Using only the weapons he could capture or recover, SSG Spurrier continued his solitary attack and along with eliminating 25-Plus enemy Soldiers including Officers, he also captured 2 command personnel and 2 enlisted.

Intuitive ingenuity and the ability to think on his feet gave Spurrier the advantage and his actions swayed the battle to an allied victory.