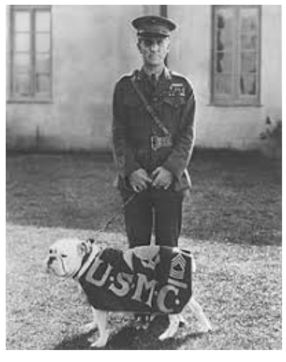 Appointed in the U.S. Marine Corps as a Second Lieutenant in May 1898, he was assigned to USS New York and participated in the Spanish-American War. After briefly discharged, he returned to the Marines as a First Lieutenant in April 1899 and received orders to the Marine Battalion at Manila, Philippine Islands.

In June 1900, during the China Relief Expedition, he participated in the Battle of Tientsin and was wounded. In July, Butler was promoted to Captain by Brevet Rank for his distinguished conduct in that battle. Returning to the U.S. in April 1901, he served at Marine Barracks, League Island, Philadelphia Navy Yard, Philadelphia, Pennsylvania. After duty with the U.S. Atlantic Fleet, he reported in April 1904 on board USS Lancaster. For his next two tours, he served in the Philippines, first at the Marine Barracks, then with the First Brigade Marines.

In December 1909, Butler commanded the Third Marine Battalion at Camp Elliott, Panama Canal. After temporary duty in Nicaragua, he returned to Camp Elliott. On 22 April 1914, he participated as a Battalion Commander in the intervention at Vera Cruz, Mexico, leading his men with skill and courage. For his “distinguished conduct in battle” on this occasion, Butler was awarded his first Medal of Honor.

In December 1914, he reported to the First Brigade Marines at Philadelphia, Pennsylvania, but departed to participate in the Haitian Campaign. On 17 November 1915, he led Marines and sailors from USS Connecticut in a concentrated attack at Fort Riviere on the Caco bandits. Leading his men through a small opening on the fort’s southern side, he organized an attack that eventually resulted in hand-to-hand combat to crush the resistance. For his “bravery and forceful leadership,” Butler was awarded his second Medal of Honor. In August 1916, he was promoted to Lieutenant Colonel and became the Commandant of the Gendarmerie d’ Haiti- And was awarded his Second Medal of Honor.

During World War I, Butler returned to the U.S and was promoted to Colonel in the Summer of 1918. He then commanded the Tenth and the Thirteenth Marine Regiments in France. In October, he was promoted to Brigadier General. In November 1919, he became Commanding General of the Marine Barracks at Quantico, Virginia. From January 1924, he was on a leave of absence, serving as Director of Public Safety for the City of Philadelphia. In February 1926, Butler returned to the U.S. Marine Corps and commanded U.S. Marine Corps Base, San Diego, California. Reporting overseas in March 1927 to China, he commanded Third Marine Brigade.

“For distinguished conduct in battle, engagement of Vera Cruz, 22 April 1914. Major Butler was eminent and conspicuous in command of his battalion. He exhibited courage and skill in leading his men through the action of the 22nd and in the final occupation of the city.”

As Commanding Officer of detachments from the Fifth, Thirteenth, Twenty-third Companies and the marine and sailor detachment from the U.S.S. Connecticut, Major Butler led the attack on Fort Riviere, Haiti, 17 November 1915. Following a concentrated drive, several different detachments of marines gradually closed in on the old French bastion fort in an effort to cut off all avenues of retreat for the Caco bandits. Reaching the fort on the southern side where there was a small opening in the wall, Major Butler gave the signal to attack and marines from the Fifteenth Company poured through the breach, engaged the Cacos in hand-to-hand combat, took the bastion and crushed the Caco resistence. Throughout this perilous action, Major Butler was conspicuous for his bravery and forceful leadership.”

Aside from 2 Medals of Honor for different wars, Butler was awarded the Marine Brevet Medal (equal in weight as the MOH) for a 3rd and separate action against enemy forces and the gambit of Combat awards from 3 wars. 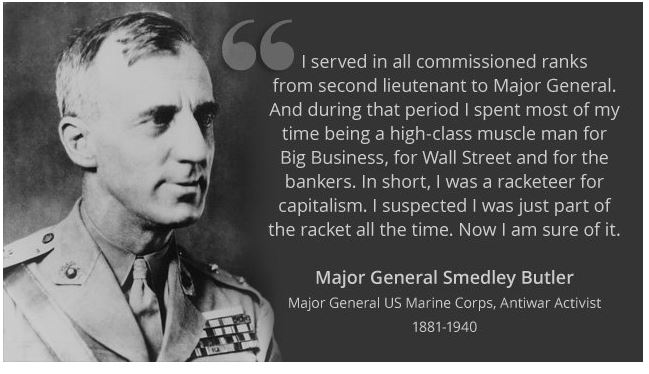