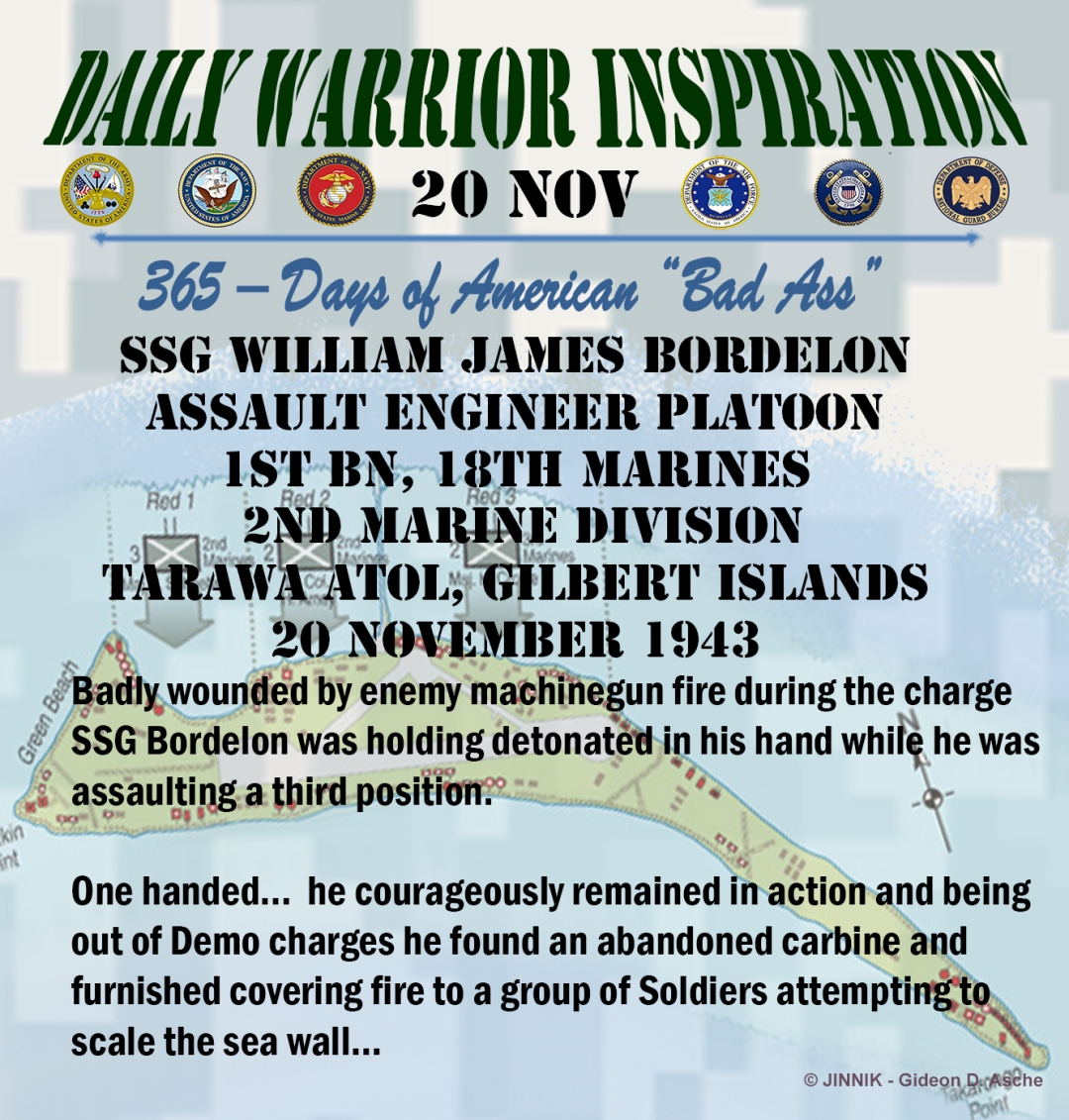 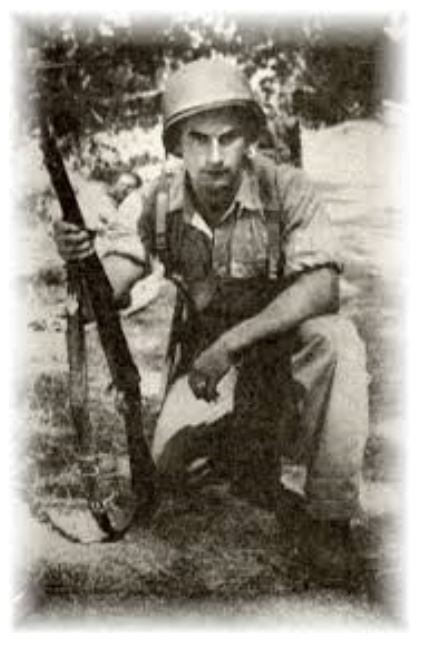 Bordelon landed in the first assault waves all but 4 of the men in his tractor were killed before they made it to the beachhead. Once on shore SSG Bordelon employed demolition charges and personally put 2 enemy gun emplacements out of action.

Badly wounded by enemy machinegun fire during the charge Bordelon was holding detonated in his hand while he was assaulting a third position.

One handed…  he courageously remained in action and being out of Demo charges he found an abandoned carbine and furnished covering fire to a group of Soldiers attempting to scale the sea wall.

In full disregard of his own wounds, and the fact most of one arm was gone, Borderlon unhesitatingly went to the aid of a wounded Soldier who was floundering in the surf and calling for a medic.

SSG Borderlon rescued the Soldier and another who had been hit by enemy fire while attempting to make the same rescue.

Again refusing first aid for himself, Borderlon made up demolition charges and literally single-handedly, assaulted a fourth Japanese machinegun position.

The brave young Marine was killed instantly by a  final burst of fire from the enemy.