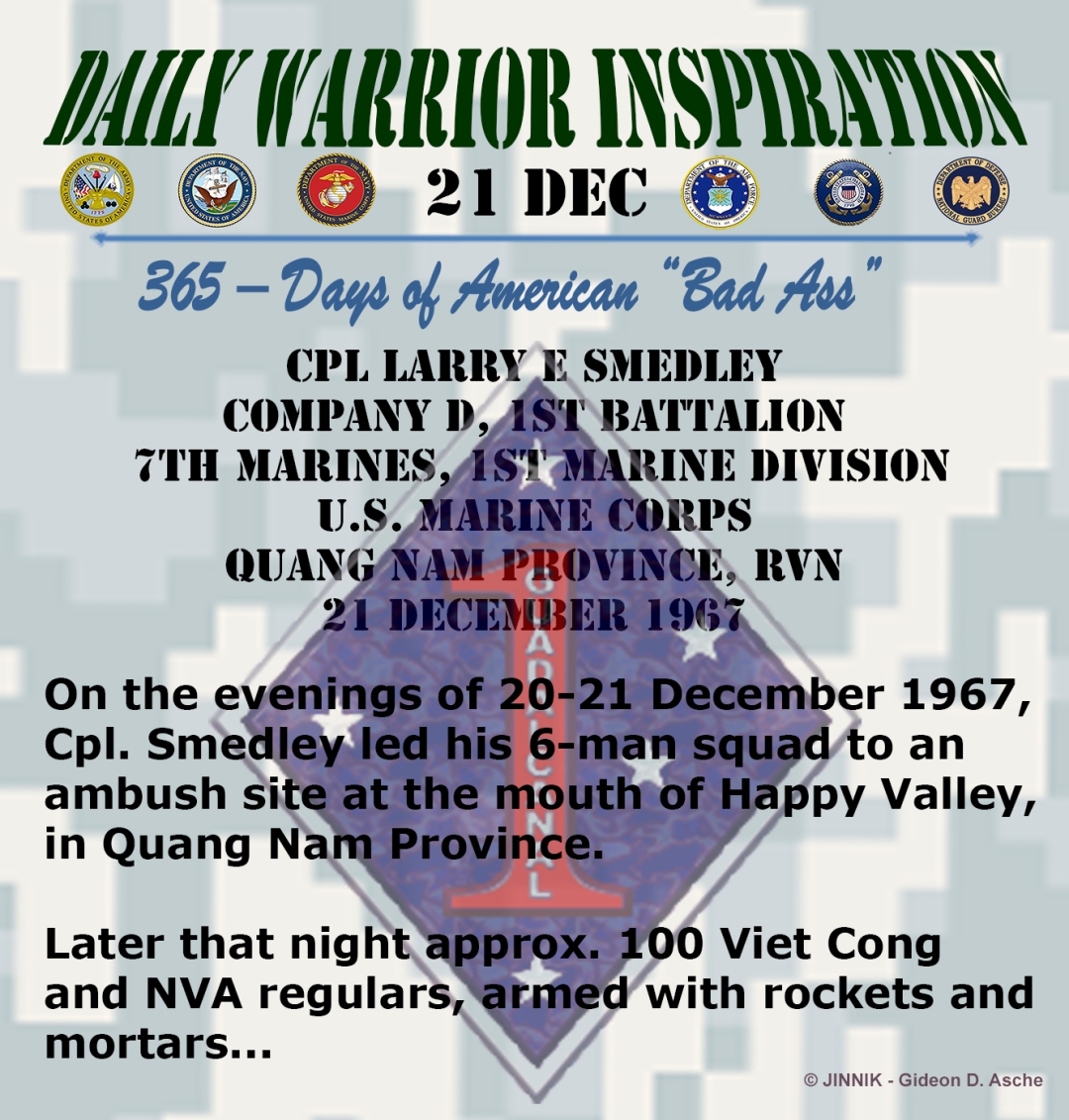 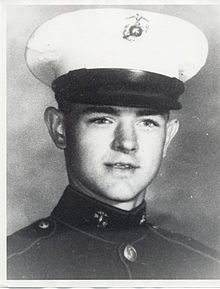 On the evenings of 20-21 December 1967, Cpl. Smedley led his 6-man squad to an ambush site at the mouth of Happy Valley, near Phouc Ninh, Quang Nam Province.

Realizing the enemy was about to launch an attack on the vital Danang complex, Cpl. Smedley went into action to stop the enemy threat. After he radioed for a reaction force, he skillfully maneuvered his men to a more advantageous position and led an attack on the numerically superior enemy force.

A heavy volume of fire from an enemy machinegun positioned on the left flank of the squad inflicted several casualties on Cpl. Smedley’s unit. Simultaneously, an enemy rifle grenade exploded nearby, wounding him in the right foot and knocking him to the ground. Cpl. Smedley disregarded this serious injury and valiantly struggled to his feet, shouting words of encouragement to his men.

He fearlessly led a charge against the enemy machinegun emplacement, firing his rifle and throwing grenades, until he was again struck by enemy fire and knocked to the ground. Gravely wounded and weak from loss of blood, he rose and commenced a one-man assault against the enemy position. Although his aggressive and singlehanded attack resulted in the destruction of the machinegun, he was struck in the chest by enemy fire and fell mortally wounded.

Cpl. Smedley’s inspiring and courageous actions, bold initiative, and selfless devotion to duty in the face of certain death were in keeping with the highest traditions of the Marine Corps and the U.S. Naval Service. He gallantly gave his life for his country.