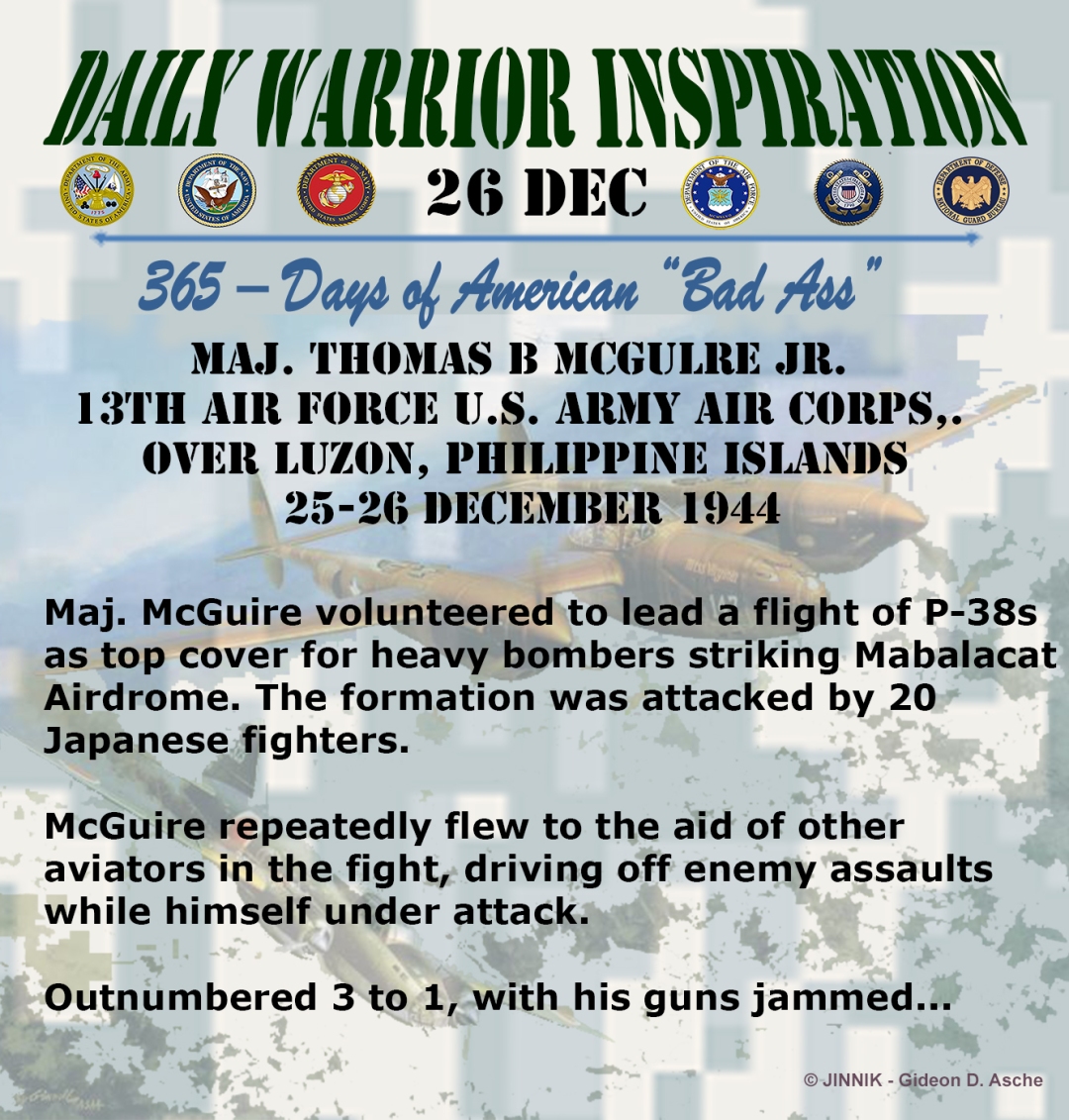 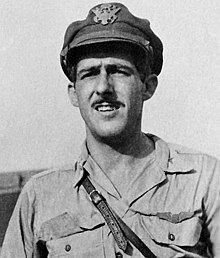 Maj. McGuire volunteered to lead a flight of P-38s as top cover for heavy bombers striking Mabalacat Airdrome. The formation was attacked by 20 aggressive Japanese fighters.

McGuire repeatedly flew to the aid of other aviators in the fight, driving off enemy assaults while himself under attack. Outnumbered 3 to 1, with his guns jammed the young Major stayed in the fight by using his own aircraft to force a hostile plane into his wingman’s line of fire.

By engagement’s end he had shot down 3 Zeros.

The next day he again volunteered to lead escort fighters on a mission to Clark Field. He again exposed himself to attacks in an effort to defend a crippled bomber. He shot down 1 aircraft, parried the attack of 4 enemy fighters, then single-handedly engaged 3 more Japanese, destroying 1, then shot down still another, his 38th victory in aerial combat.

Later – On 7 January 1945, while leading a voluntary fighter sweep over Los Negros Island, he risked an extremely hazardous maneuver at low altitude in an attempt to save a fellow flyer from attack, crashed, and was reported missing in action. With gallant initiative, deep and unselfish concern for the safety of others, and heroic determination to destroy the enemy at all costs, Maj. McGuire set an inspiring example in keeping with the highest traditions of the military service.  He had balls the size of watermelons.

Maj. Maguire gave that last full measure of devotion to his country on Jan 7, 1045.