An enemy force comprised of at least two heavily armed Viet Cong battalions attacked the capital city of Chau Phu. The result was a complete breakdown of the city’s defenses. Several American personnel were stranded outside the safety of the US perimeter.  SSG Dix, walking with a Vietnamese patrol, was recalled to assist in the defense of Chau Phu.

When he arrived he was informed that an American nurse was trapped in a house near the center of the city. SSG Dix organized a relief force and successfully rescued the nurse. As he returned to the safety of the US compound SSG Dix was told that several other American civilians were stranded in different parts of the city.

That didn’t sit well with the young Green Beret so he voluntarily led small force to rescue 8 civilian employees who were under attack by small arms and Mortar fire.

Dix then returned to the center of the city looking for other stranded Americans when he was approaching a building where Americans were reported to be trapped, he was subjected to intense automatic rifle and machinegun fire from an unknown number of Viet Cong.

He personally the enemy, killing 6 Viet Cong, and rescuing 2 Filipinos. The next morning 1 Feb 1968, Dix organized a 20 man force. In spite of intense and accurate enemy fire, cleared the Viet Cong out of the hotel, theater, and other adjacent buildings within the city.

He then engaged enemy troops who had entered the residence of the Deputy Province Chief. He rescued the official’s wife and children.

SSG Dix tallied 14 confirmed Viet Cong kills and possibly 25 more, the capture of 20 prisoners, 15 weapons, and the rescue of the 14 United States and free world civilians.

Dix remained in the army until he retired at the rank of Major.

Dix worked as a security consultant after retirement – he lives in Colorado today and ran an air service in Alaska, and served as Alaska’s Deputy Commissioner for homeland security. In 2010, Dix co-founded the Center for American Values in Pueblo, Colorado.

Dix’s memoir about the fight for Chau Phu entitled The Rescue of River City is worth a read. 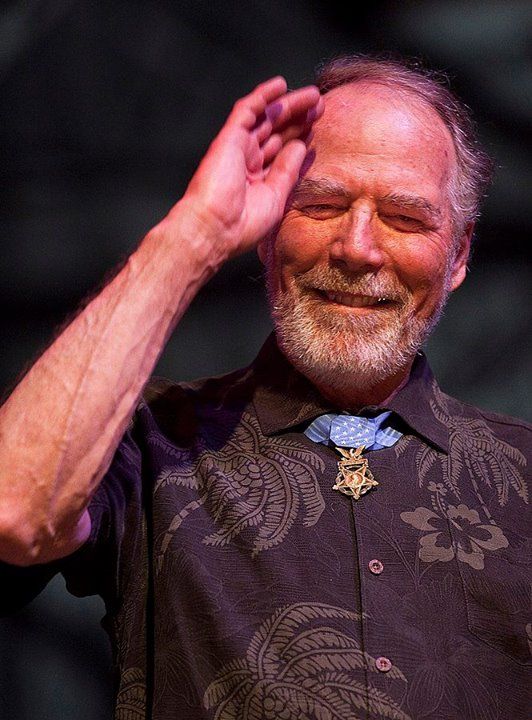