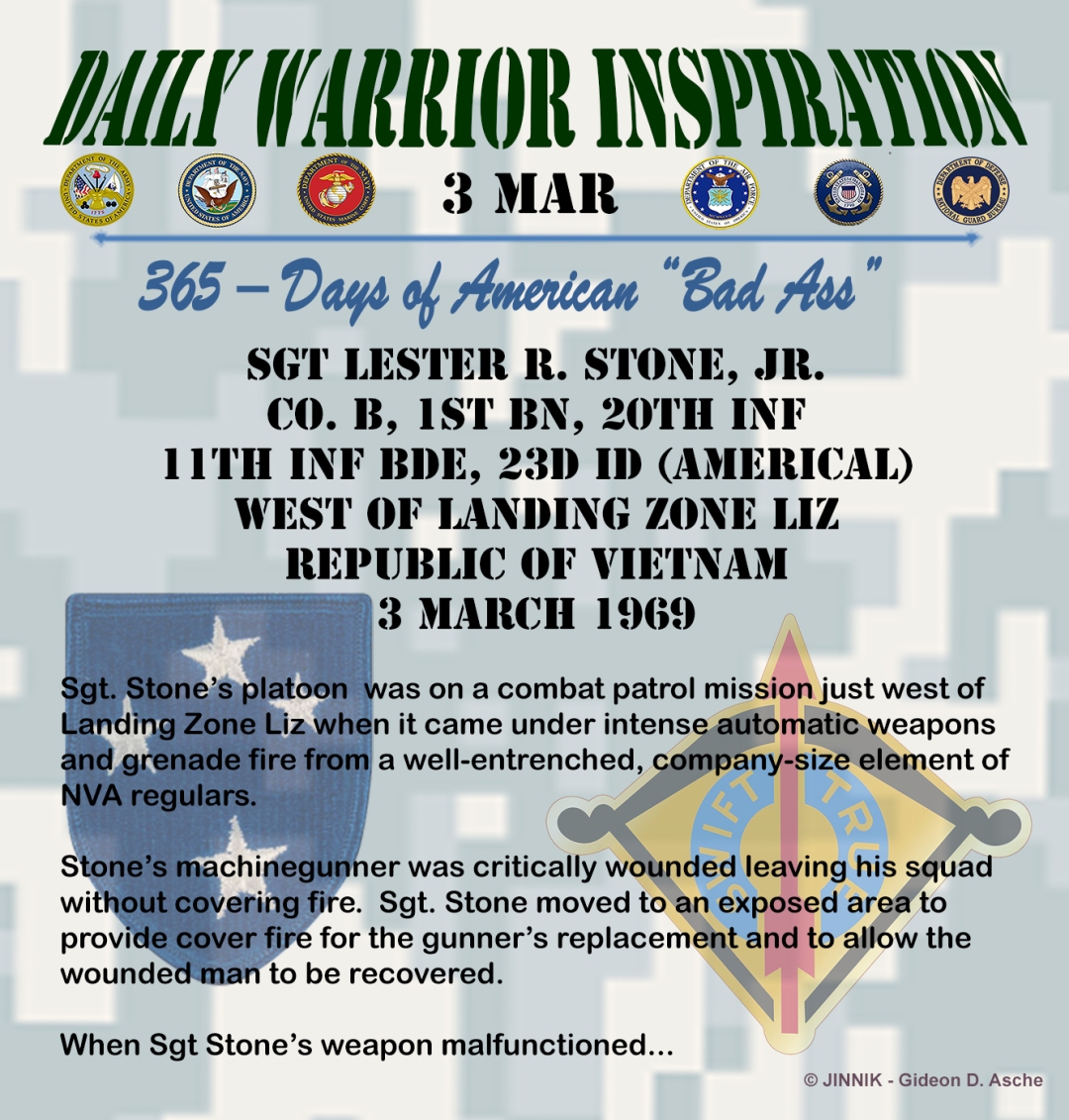 Sgt. Stone’s platoon was on a combat patrol mission just west of Landing Zone Liz when 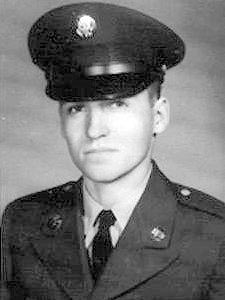 it came under intense automatic weapons and grenade fire from a well-entrenched, company-size element of NVA regulars.  Stone’s machinegunner was critically wounded leaving his squad without covering fire.

Sgt. Stone moved to an exposed area to provide cover fire for the gunner’s replacement and to allow the wounded man to be recovered. When Sgt Stone’s weapon malfunctioned as enemy fire was impacting all around him, he displayed incredible presence of mind instinctively performing “immediate Action,” clearing the weapon and continuing to deliver accurate covering fire, thereby enabling the rescue to be completed.

The enemy force Stone was the only defender and the position at its weakest, then attacked in force. Disregarding danger and the probability he would be hit, Sgt. Stone rose to his knees and engaged the attacking force at point-blank range, dispatching  6 enemy soldiers to their god, and repelling the attack,  before falling mortally wounded.

Sgt. Stone not only provided covering fire making it possible for Medics to recover the wounded, is personally responsible for saving the lives of a number of his fellow soldiers; he stood his ground, leading from the front and turned the tide of the ambush to his unit’s advantage.