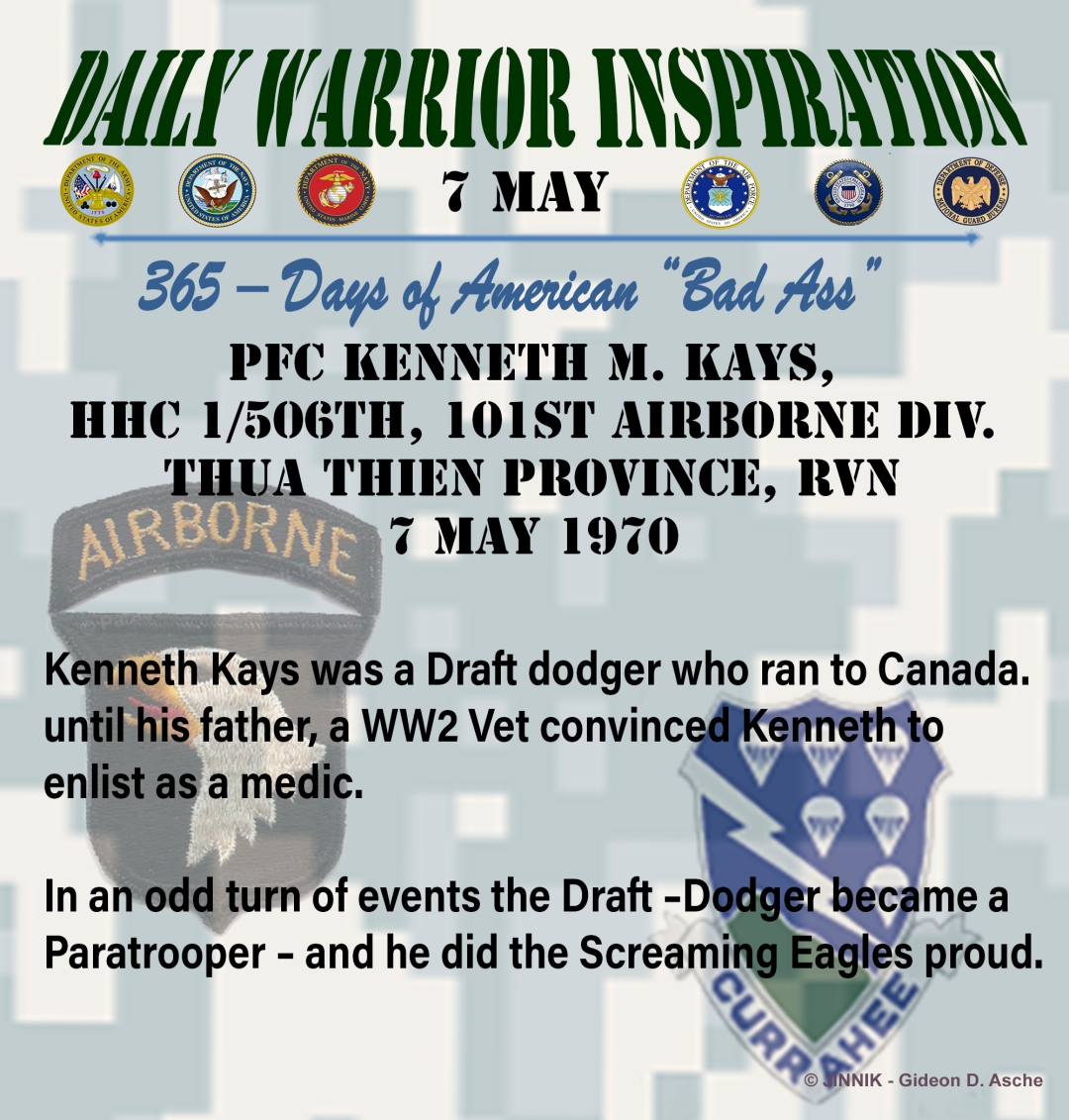 Vet, convinced Kenneth to return to the US and enlist as a medic.  In an odd turn of events, the Draft –Dodger became a Paratrooper, A combat Medic – and he did the Screaming Eagles proud.

On the night of 7 May 1979,  Pfc. (then Pvt.) Kays was operating as combat medic for the 101st Abn., in the general area of  Fire Support Base Maureen. Kays platoon was attacked by a heavily armed force of enemy sappers. Kay’s platoon took heavy casualties

At the first call of “DOC” or “MEDIC,” Kay sprung into action, moving to the perimeter to render medical aid to the wounded.  As a Medic, the enemy considered Kay a high-value target and focused their fire on the young Paratrooper.

A rocket blast ripped Pfc Kays’ left leg off below the knee. Kays calmly applied a tourniquet and crawled forward to administer aid to another fallen Paratrooper. After tending to his wounds, Kay dragged the wounded man out of the line of fire and to safety.

In complete disregard of the fact his leg was blown off, Kays crawled back into the fight to administer aid to wounded troopers.  He used his own body as a shield against enemy bullets and fragments to protect his patients as he moved them to the rear then returned to the battle area for the next wounded trooper.

Only after all of the wounded soldiers had been treated and evacuated did Pfc. Kays allow his own wounds to be treated.

Pfc. Kays saved the lives of a number of his comrades, and his indomitable spirit and courage inspired his fellow Paratroopers to take the fight to the enemy and repel the attack.

Kenneth Kays struggle with PTSD for the rest of his life. He experienced the same downturn in events in his personal life that so many of ours suffer with. Reliving the worst day of your life every time you close your eyes to sleep takes a toll on any man. In1991, Kay told his neighbor he simply couldn’t go on this way.

Pfc. Kenny Kays took his own life over the Thanksgiving holiday.