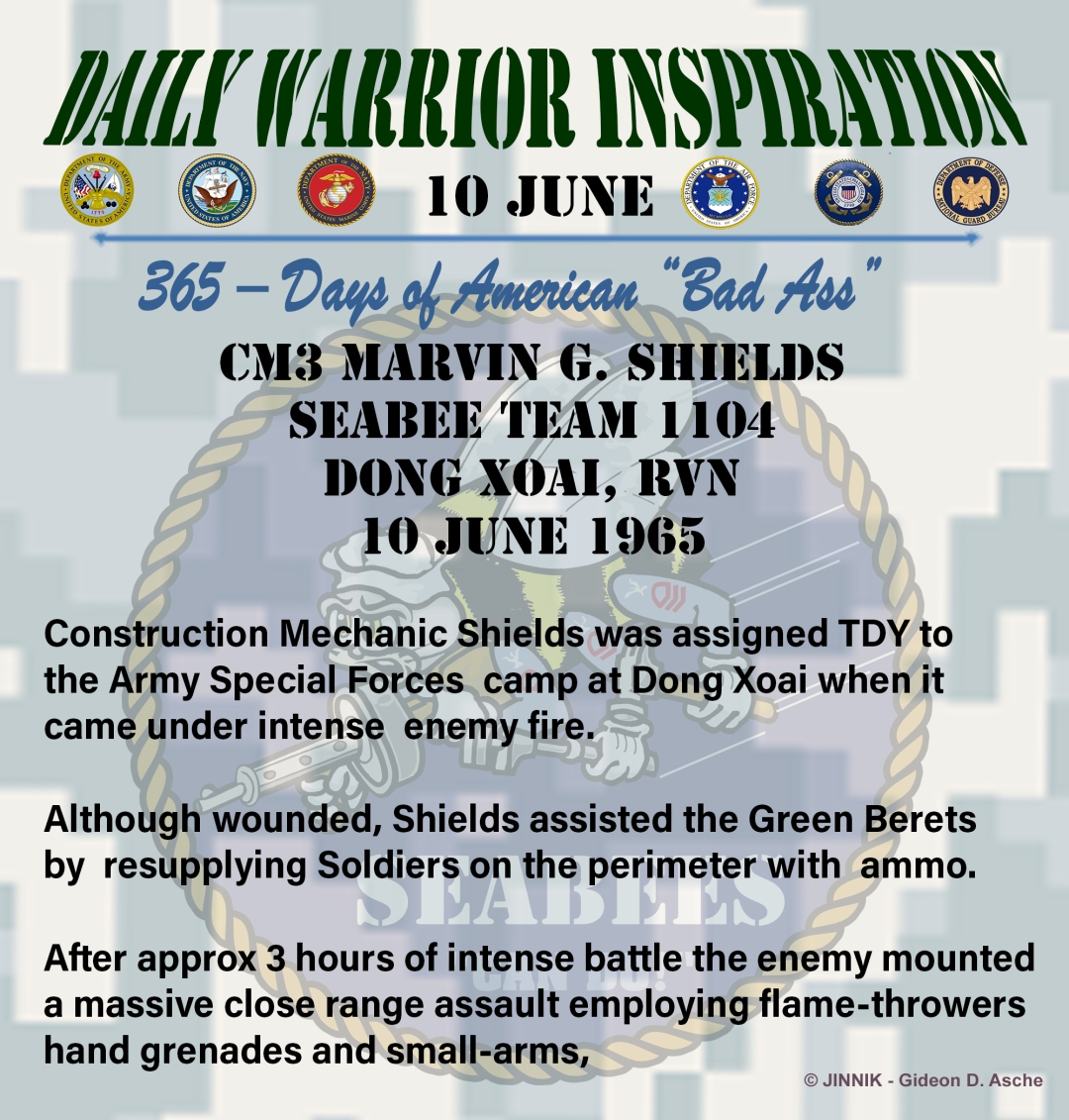 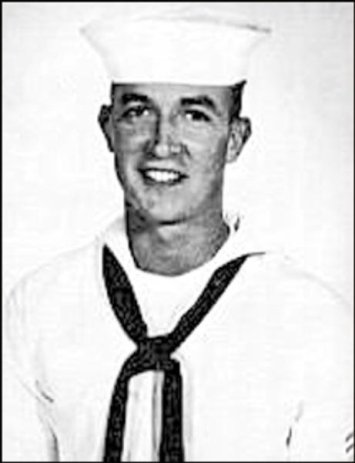 Construction Mechanic Shields was assigned TDY to the Army Special Forces camp at Dong Xoai when it came under intense enemy fire from a Regimental sized element.

Although wounded, Shields assisted the Green Berets by resupplying Soldiers on the perimeter with ammunition.

Wounded a second time CM3 Shields ignored his own wounds and assisted in moving another critically wounded soldier to cover and then resumed engaging the enemy for 4 more hours.

When the Commander of ODA- 342 asked for a volunteer to help him take out an enemy gun emplacement it was Shields who unhesitatingly volunteered.

The two Soldiers assaulted the enemy position with small arms and a 3.5” Rocket launcher destroying the enemy machinegun emplacement and undoubtedly saving the lives of a large number of Americans.

Shields was mortally wounded by hostile fire while returning to his defensive position.