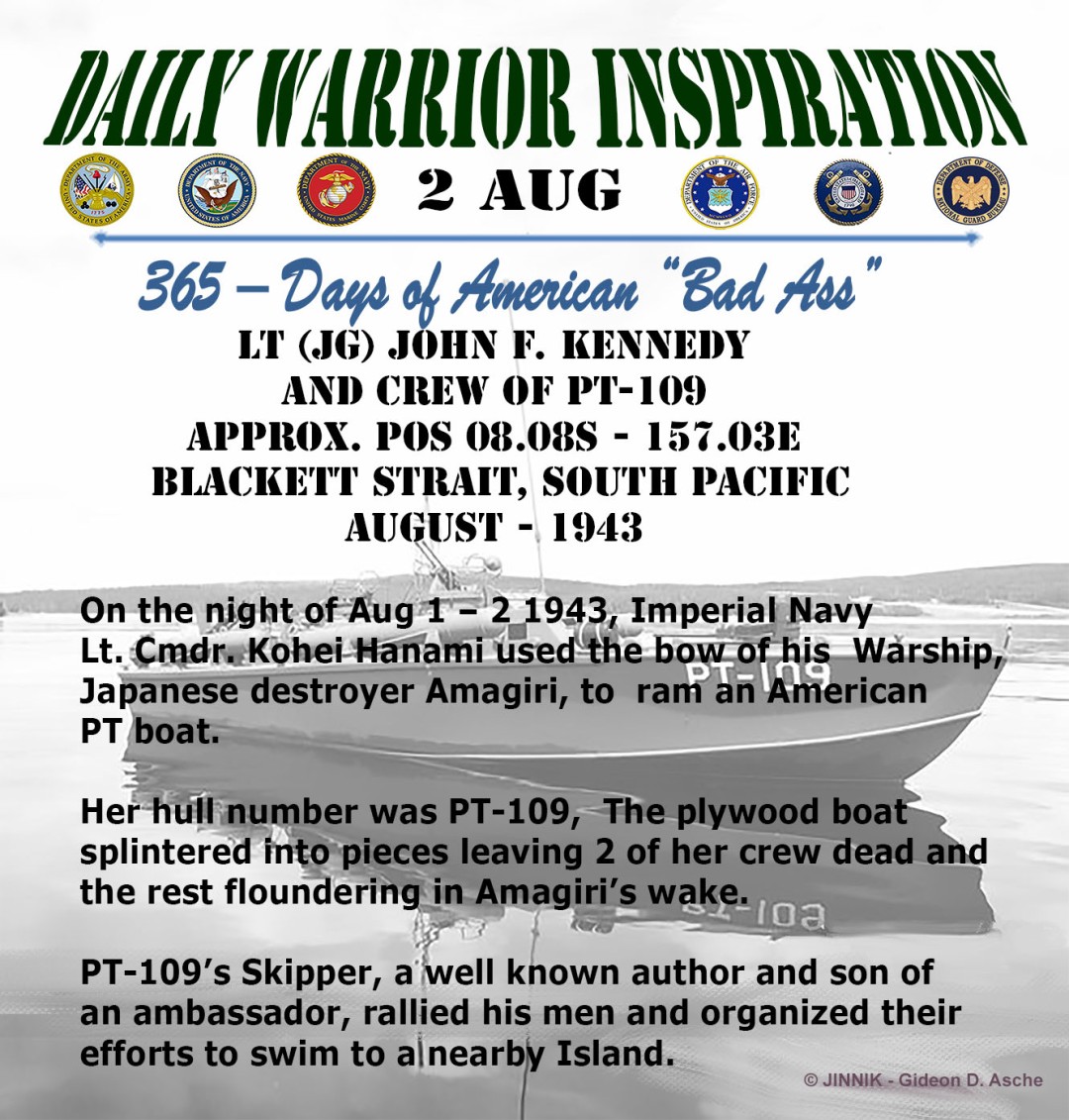 On the night of Aug 1 – 2 1943, Imperial Navy Lt. Cmdr. Kohei Hanami used the bow of his Warship, Japanese destroyer Amagiri, to ram an American PT boat. Her hull number was PT-109, The plywood boat splintered into pieces leaving 2 of her crew dead and the rest floundering in Amagiri’s wake. PT-109’s Skipper, a well-known author and son of an ambassador, rallied his men and organized their efforts to swim to a nearby Island.

Kennedy realized that one of his crew, suffering serious burns would not survive without medical aid so he swam back out into the Blackett Strait in hopes of flagging down a passing US patrol. Having no luck he swam back and organized his men to swim to a larger island. Once on the new Island Lt. Kennedy made contact with natives who agreed to deliver a message to the next passing American patrol. The young officer carved the following words into a coconut: NAURO ISL COMMANDER . . . NATIVE KNOWS POS’IT . . . HE CAN PILOT . . . 11 ALIVE NEED SMALL BOAT . . . KENNEDY The 11 survivors of PT-109, Including Lt. (jg) Kennedy were rescued by PT-157 on Aug. 8, 1942.

John F. Kennedy’s claim to fame is that he went on to authorize the establishment of a Special Forces component to the US Army and approved the wearing of a distinctive Green Beret.”

He has been immortalized with the JFK Unconventional Warfare Center at Ft. Bragg.
JFK was the last US President assassinated.