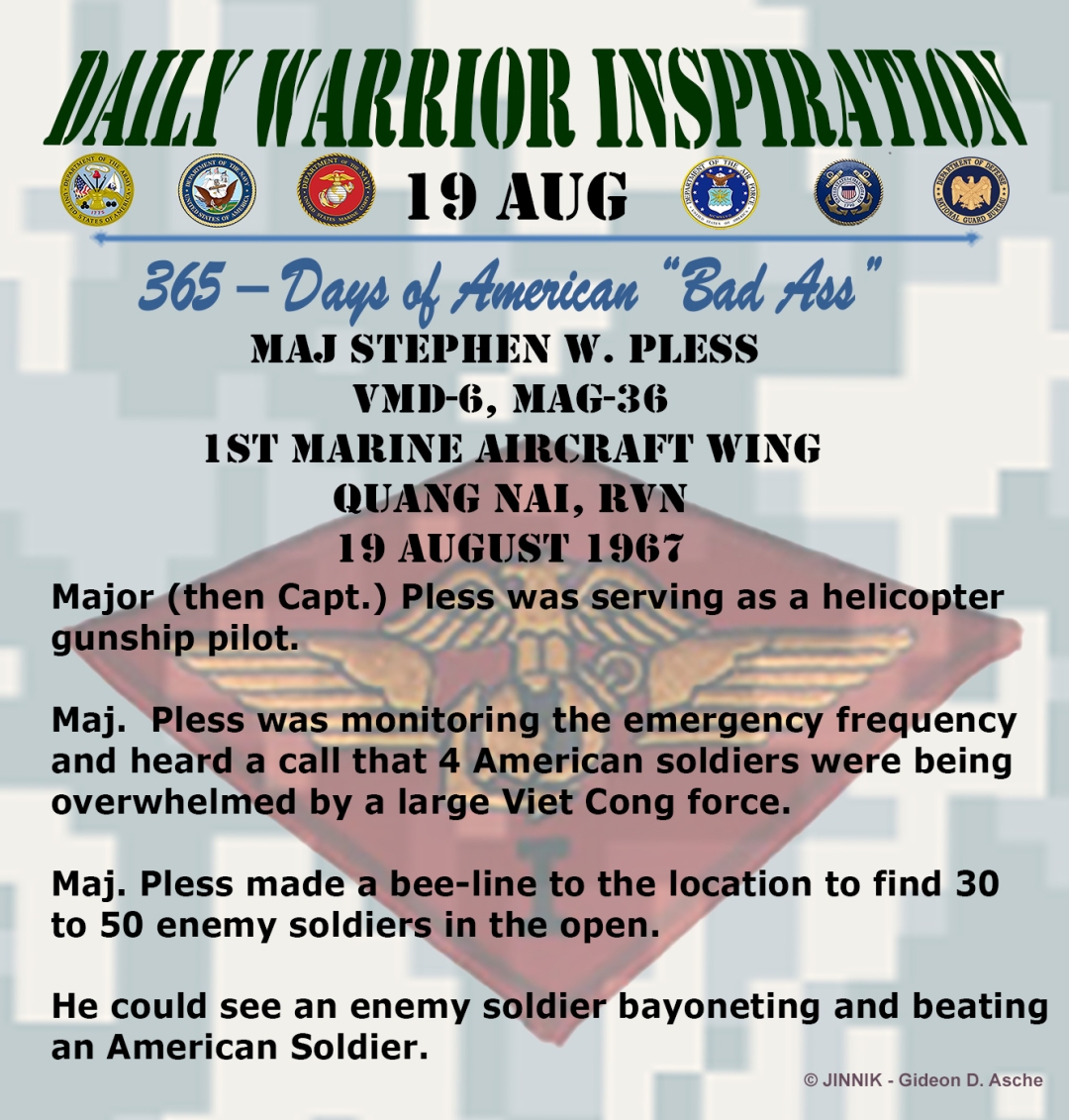 Major (then Capt.) Pless was serving as a helicopter gunship pilot attached to Marine Observation Squadron 6 in action against enemy forces.

During an escort mission Maj.  Pless was monitoring the emergency frequency and heard a call that 4 American soldiers were stranded on a nearby beach being were being overwhelmed by a large Viet Cong force.

Maj. Pless made a Bee line to the location to find 30 to 50 enemy soldiers in the open. He could see an enemy soldier bayoneting and beating an American.

Maj. Pless turned his bird inbound and launched a devastating attack against the enemy force, killing or wounding the majority of the enemy and driving the remainder back into a treeline.

In order to maintain surgical accuracy the Maj made his attacks were made at below Nap of The Earth flight altitude and flew through his own rocket’s shrapnel.

One of the stranded Americans  signaled for Exfil and Maj Pless  he maneuvered his bird into a position between the wounded men and the enemy, providing a shield allowing  his crew to retrieve the wounded.

Once the rescue had been affected, Maj. Pless headed out to sea. The overloaded UH-1 dragged her skids through the water 4 times before she got completely airborne.

Only through unnatural airmanship was he able to get the overloaded Huey into the air.

A Marine to his core, Maj Pless wouldn’t leave them behind no matter the risk.

Major Pless, survivor of 780 combat helicopter missions in Vietnam, died on 20 July 1969,when his motorcycle plunged off the drawbridge portion of the Pensacola Bay Bridge into Pensacola Bay.