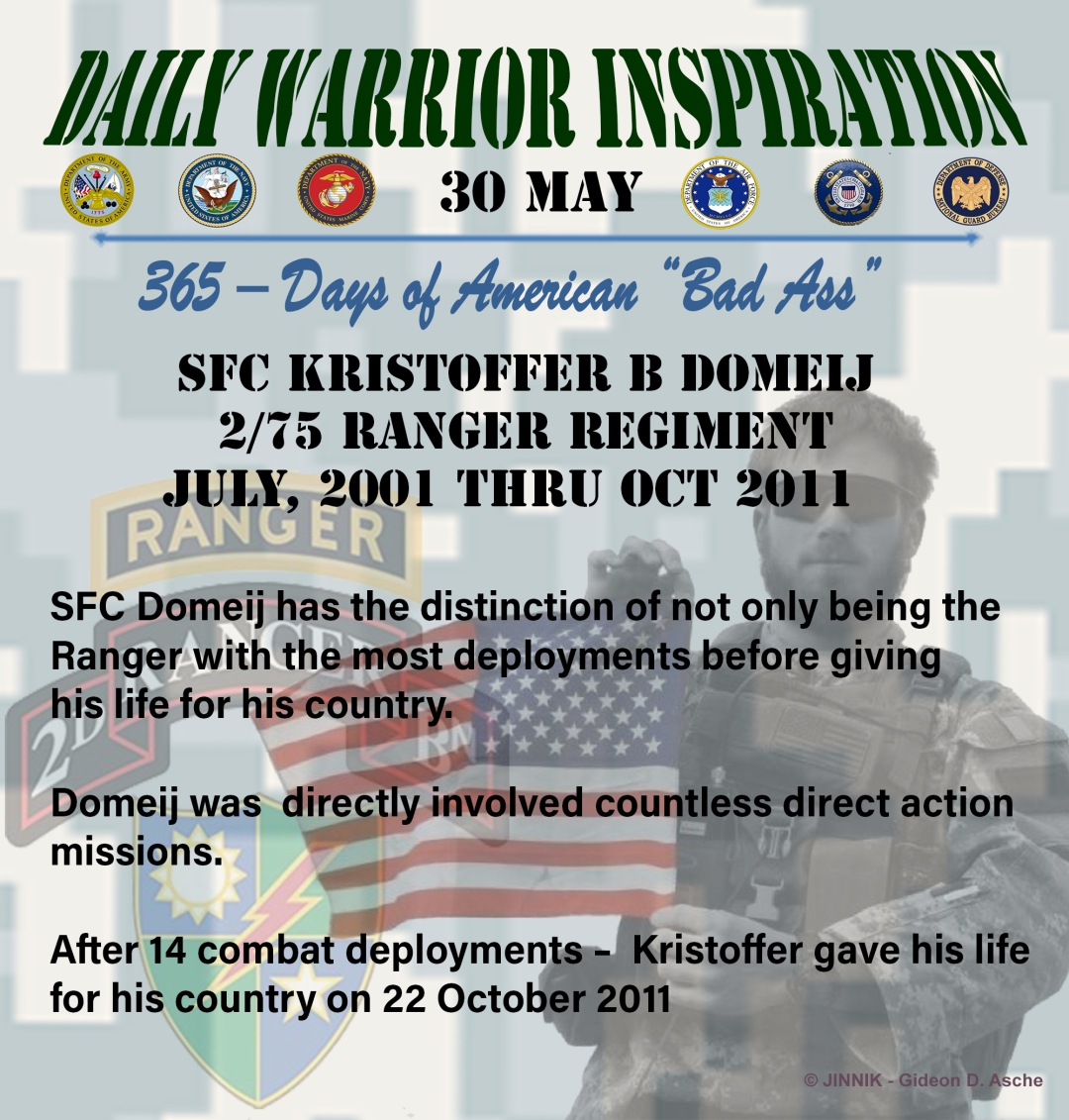 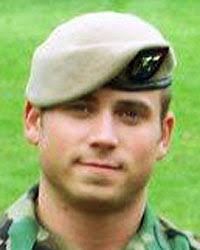 SFC Domeij has the distinction of not only being the Ranger with the most deployments before giving his life for his country.

Domeij was directly involved in countless direct action missions. After 14 combat deployments – Kristoffer gave his life for his country on 22 October 2011.

“…the prototypical special operations NCO—a technically and tactically competent Joint Terminal Attack Controller and veteran of a decade of deployments to both Iraq and Afghanistan and hundreds of combat missions. His ability to employ fire support platforms made him a game changer on the battlefield—an operator who in real terms had the value of an entire strike force on the battlefield,”

Known for his professionalism and dedication to duty Kristoffer also had a sense of humor that entertained and encouraged his fellow Rangers.

Remembered by his Battalion Commander as; “a Ranger with unparalleled skill and bravery under fire, This was a Ranger you wanted at your side when the chips were down.  He and his family are very much part of the fabric that defines 2nd Ranger Bn.  He is irreplaceable…in our formation…and in our hearts.”  Ltc David Hodne – 2nd Batt Commander

He had already earned the following awards: