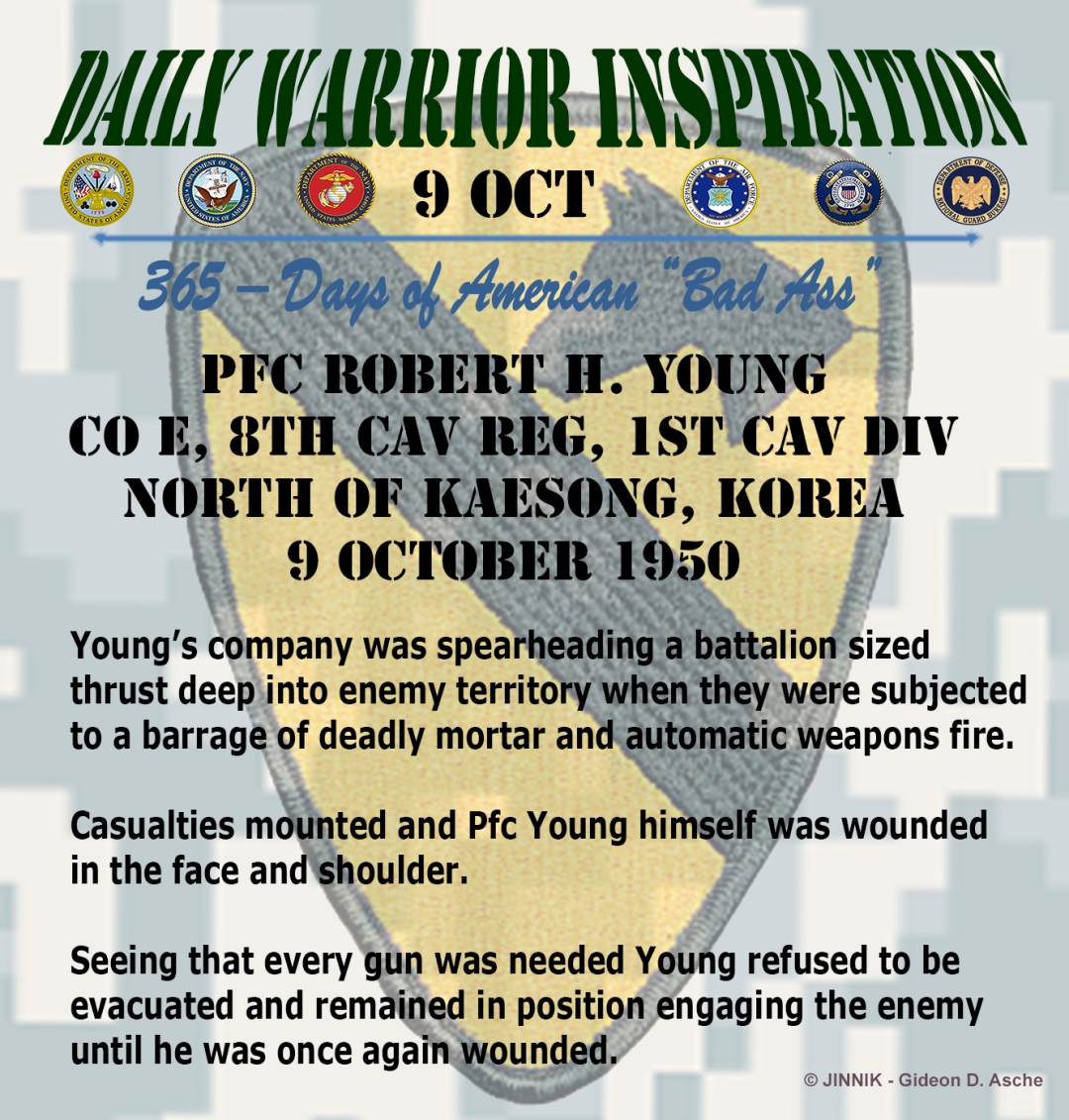 Young’s company was spearheading a battalion-sized thrust deep into enemy territory when they were subjected to a barrage of deadly mortar and automatic weapons fire.

Casualties mounted and Pfc Young himself was wounded in the face and shoulder.

Seeing that every gun was needed Young refused to be evacuated and remained in position engaging the enemy until he was once again wounded.

As Young was waiting for a medic who was tending to more seriously wounded soldiers, he noticed the enemy trying to surround the command post.

Disregarding his own wounds and forgoing medical treatment, Young moved to an exposed position where he could engage and slow the enemy from encircling the Americans. Young was struck in the head by an enemy round, knocking him off his feet and destroying his steel pot.

When allied Armor arrived to assist Pfc. Young, whose wounds were still un-treated,  took a position where he could act as fire direction observer and directed tank fire which destroyed 3 enemy gun positions and enabled the company to advance.

Young was administering medical aid to other wounded soldiers when he was wounded a FOURTH time by an enemy mortar burst, he demanded that all others be evacuated before he was moved to the aid station.