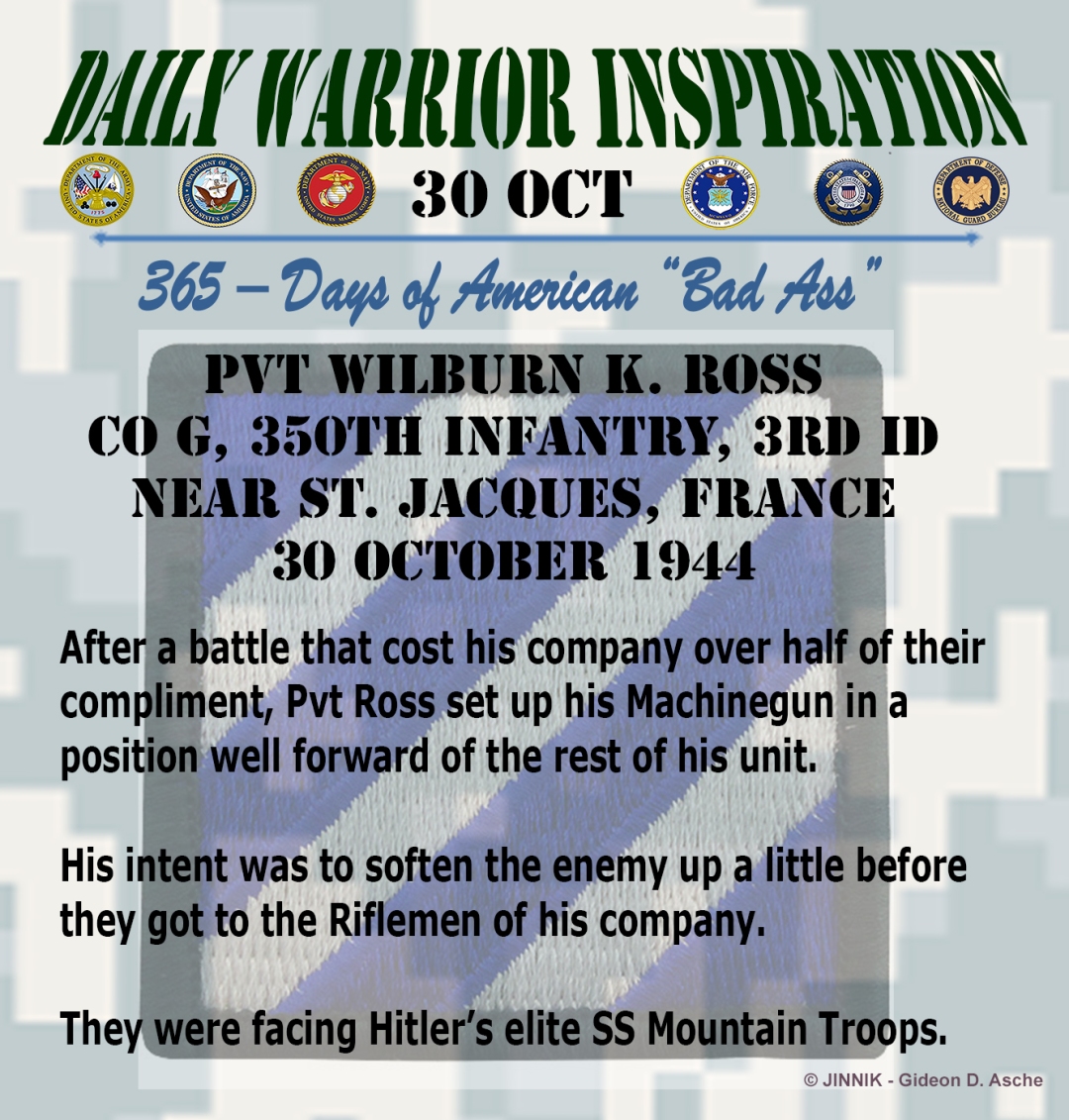 After a battle that cost his company over half of their compliment, Pvt Ross set up his Machinegun in a position well forward of the rest of his unit. His intent was to soften the enemy  a little before they got to the Riflemen of his company.

They were facing Hitler’s elite SS Mountain Troops. As the battle raged, Ross found himself alone and out in front where he continued to man his machinegun, holding off 6 more German attacks.

Most of Ross’ supporting troops were out of ammunition and in echelon behind Pvt. Ross when the 8th enemy counter attack came. Pvt. Ross fought on virtually without assistance.

He engaged a superior enemy force and hurled it back with deadly accurate fire. Ross and his comrades were ordered to withdraw but from Ross’ vantage point he could see the risk so he declined to do so.

When the Germans launched their final assault, they converged their fire on Pvt. Ross in an attempt to destroy the thing that stood between them and a decisive breakthrough

Out of ammunition, the riflemen with Pvt Ross fixed bayonets for a last-ditch stand, but ammunition arrived just as the enemy assault was hitting his position.

Re-armed, Ross put a swift end to their aspirations as He opened fire on the oncoming enemy.

Pvt Ross remained at his post that night and the following day for a total of 36 hours.  He killed a total of 58 enemy attackers and single-handedly stopped the attack forcing the Germans to withdraw