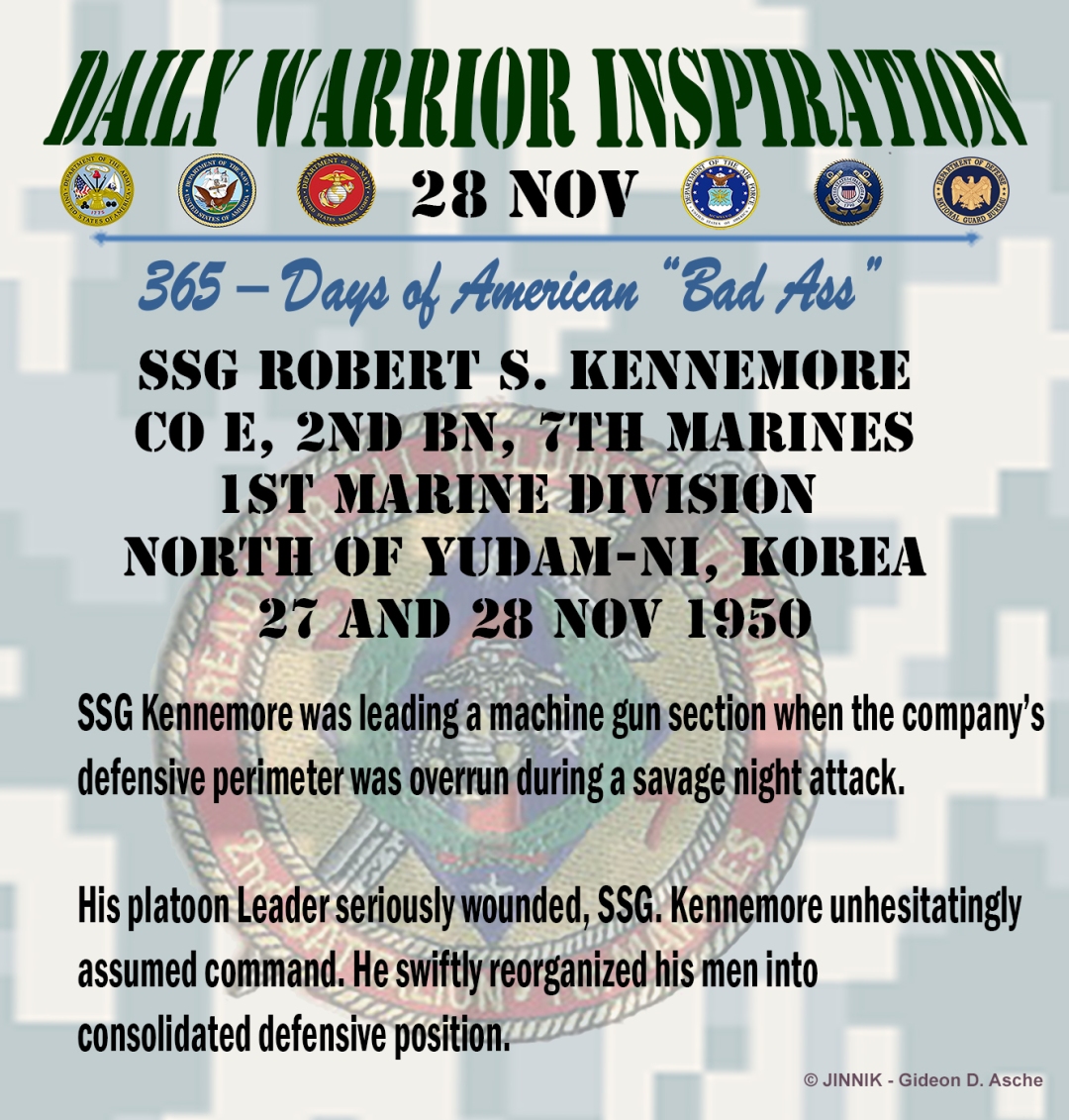 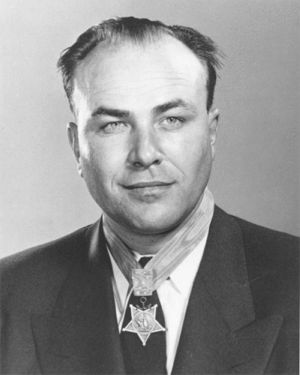 SSG Kennemore was leading a machine gun section when the company’s defensive perimeter was overrun during a savage night attack north of Yudam-ni.

He swiftly reorganized his men into consolidating the position.

An enemy grenade landed in the middle of his men.

SSG Kennemore placed his foot on the explosive and, in the face of almost certain death, personally absorbed the full force of the explosion to prevent injury to his fellow marines.

Turns out a Chinese made hand grenade is no match for a foot born in Greenville, SC, and a Marine issue boot. – Kennemore survived.