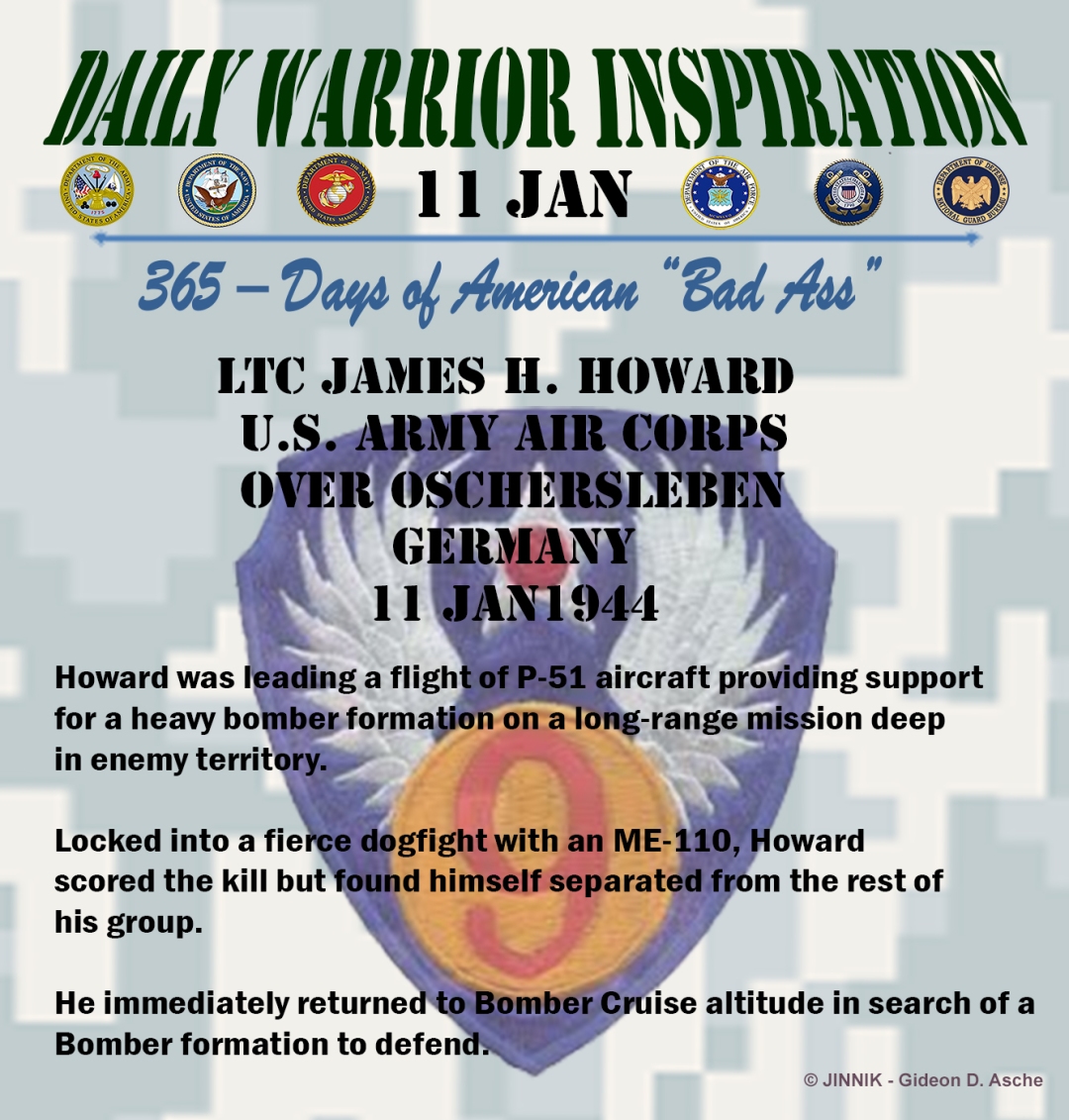 The son of Missionaries in China, U.S. Army Ltc. Howard was a Navy Aviator. He went on to fly combat missions with the AVG in China.

Chennault’s Flying Tigers.  He transferred back to the Army Air Corps when the U.S. officially entered WW2.

Howard was leading a flight of P-51 aircraft providing support for a heavy bomber formation on a long-range mission deep in enemy territory.  Locked into a fierce dogfight with an enemy Messerschmidt, Howard scored the kill but found himself separated from the rest of his group.

He immediately returned to Bomber Cruise altitude in search of a Bomber formation to “adopt” and defend.

He found a group of bombers under heavy attack with no fighter support of any kind and went to the rescue.
With utter disregard for common sense and his own safety Ltc. Howard engaged the enemy fighters who outnumbered him approx. 12 to 1.  Howard maintained his attack for 30 plus minutes destroying at least 4 enemy fighters and damaging several others.

At the close of the engagement, 3 of Howards 4 guns were jammed and his fuel was critically low yet he continued his ferocious defense of the bombers until he had no choice but to head home for gas and ammo. By then the enemy had decided to go after an easier target and Howard’s adopted charge flew on to deliver their bomb load.

When asked about the mission Howard, and what made him think he could engage the enemy 12-1 and survive.  Howard  dismissed the matter with a simple response.