1Lt Josephine Nesbit
and the
“ANGELS OF BATAAN”

If you ever had occasion to do an R&R in Tai Pei, you know why a 19-year-old, hormone engorged, no-time-in-grade Army sergeant would consider Tai Pei and “The China Seas Club” a prime destination.

As far back as I can remember, my parents always kept a house in the Shilin District overlooking Tianmu. I spent a good deal of time there as a teenager, so knew Tai Pei inside an out.  I was there at every opportunity all through High School. I’m surprised the China Seas Club never gave me an FPO number.

There was an old guy in Tai Pei who was always around. I can’t ever remember not knowing him. He was a bigger than life character and a trusted family friend. I’m not sure if he ever worked for my dad, or he was just his friend, but The Colonel was the kind of man who commanded any room he entered. 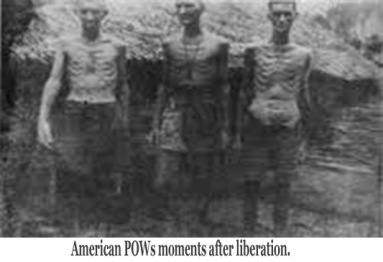 He was a POW in the Philippines during WW2… I knew he had stories to tell; I just had to figure out how to get him to tell them. With time he did tell, and I listened.

The Colonel made what he called “The Walk” – The Bataan Death March.

He and more than 75,000 other POWs were forced to walk 65 miles, through the jungle under inhumane conditions. Known as the Bataan Death march, it is one of the great atrocities of the WW2 Pacific Theater.

Thousands died on the way – Just as many perished in the camps.

The exact number of POWs who perished is unknown. Japanese soldiers would deal swiftly with any weak or uncooperative prisoners. The bayonet, the rifle-butt, and the bullet took thousands; dysentery and starvation took thousands more.

The Col’s account of the fall of the Bataan and the weeks before the surrender at Corregidor were vivid and terrifying.  His description of The Walk can only be described as emotional and horrific. It was difficult to not be in awe of this soft-spoken man of war.

I always made it a point to stop in and see the Colonel anytime I had an excuse to go to Tai Pei. Just to bend his ear a little and gain some knowledge.

In the early 70’s, I got just such an excuse – I earned a 45-day convalescent leave after a hard landing and could think of no better place to spend it than Tai Pei, so that’s where I went. I planned on dropping in on the Colonel and impressing him with some new found knowledge of the Great War.

I recently watched a documentary about Bataan that made mention of the “Battling Belles of Bataan.” American nurses who refused evacuation and ended up as POWs right along with the men they were treating. Having never heard of women on the Bataan Death march, I figured he would be impressed that I knew about them – He wasn’t. 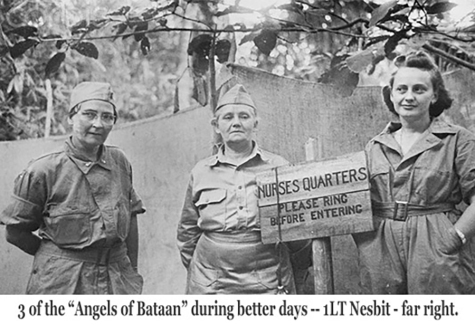 The Philippine Islands was good duty for a medical officer in 1940.  There was lots of sun, sand, tranquility, and Golf, but other than a few patients, mostly Sailors and Soldiers convalescing from some minor issue, the wards were empty.

There was, however, plenty of time to enjoy the beach, the links and all that the Island offered. Manila was like Waikiki only with less work and less Brass to worry about. It was the best-kept secret of the Pre-WW2 Army. I imagine few of the nurses had any idea how good they were going to have it when they got orders to some remote outpost in the Pacific.

The greatest challenge for most of them was learning the game of Golf, and fending off the waves of male officers who fancied themselves as potential suitors – I guess when providence sends you to paradise, you roll with it. 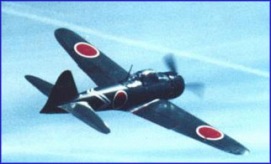 On Dec 8th, 1941 the news filtered down the chain of command… The Japs had Bombed Pearl Harbor.  All eight U.S. battleships were put out of commission in one swoop, thousands of Americans were dead.

The detachment of nurses was understandably distraught. All of them surely knew someone stationed at Pearl or Wheeler. Their reactions ranged from sobbing hysteria to silent shock and numb disbelief.

Reports of mass casualties at Pearl Harbor and Wheeler Field came in followed by reports that the Japanese were already on the Philippine Islands and on their way to Manilla. No one wanted to believe the news, especially since they were on an isolated, very lightly protected, Island that was a key stronghold in the Pacific… and it was already under attack.

1Lt Josephine Nesbit, a tall, beautiful, confident woman who wore a size 13 shoe, was second in command and responsible for daily command of the Nurse Detachment, gathered her nurses together.  Nesbit is reported to have taken control of the chaos through sheer volume and tone of her commands.  She ordered them to go to bed – close their eyes and sleep.

“Girls, you’ve got to sleep today… You can’t weep, and you can’t wail over this… you will have to work tonight.” 1Lt Nesbit knew there would be little time for sleep in the future – Her girls were going to war.

Within hours, Zero’s appeared over Manila, and Nesbit’s “Girls” went into action as the wounded began to arrive. The war intensified over the next few months, and the decision to retreat to the Bataan Peninsula was made.

Nesbit’s girls were scheduled to be evacuated but refused. Instead, they set up an 18-ward open-air hospital in the jungle and continued to render medical care for everything from dysentery to gunshots.

1Lt. Nesbit maintained discipline and order by running the operation the same as any Army hospital. She required her nurses to work scheduled shifts, adhere to military courtesy and medical professionalism. She kept her girls in the fight.

Over the months, they treated over 6000 wounded or sick Americans while surviving on less than one meal per day – but that was “good eatin” compared to what was in their immediate future.

The Bataan Peninsula was overrun and U.S. forces retreated to the Malinta Tunnel on Corregidor. The Malinta tunnel was a defensive position consisting of deep underground tunnel complexes.

At best, the Malinta tunnel could be described as Hellish – Damp, dark uncomfortable and surviving on almost nothing, nurses were known to gather weeds and other vegetation, boil them in cold crème and supplement their patient’s diet with it. Constant shelling and deprivation of every kind were on the agenda every day.  Momma Josie’s girls kept giving all they had.

Corregidor fell to the Imperial Army on May 6th, 1942.
A new chapter in the careers of the Nurses began
– a chapter as Prisoners of War. 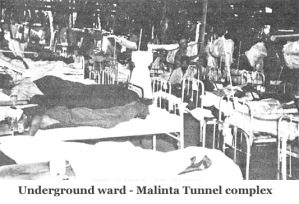 Nesbit’s Girls stepped up to the plate and once again they performed as Soldiers.

Treated no better than the men prisoners, they continued to care for their fellow prisoners. Emaciated and exhausted the nurses found an upside to being “Skin and Bones” – They could squeeze through parts of the barrier surrounding the Camp that a healthy human could never squeeze through.

Nurses would sneak out of the camp at night, forage for food and beg anything they could from friendly locals, then return to camp to continue to take care of dying men. Nurses commonly shared their meager rations with the men they treated.  Using home remedies like crushed charcoal to treat dysentery, they worked medicinal wonders with little more than their wits and the will to keep their Soldiers alive.

Almost three years later the allies retook the Philippines to discover the wretched conditions our POWs were subjected to, and that there were 77 Nurses amongst the liberated Americans.  They were still treating patients.

There is no accurate count of how many American POWs survived because of the brave actions and personal sacrifice made by 1Lt Nesbit and her “girls” and few Americans even know they existed. The men of Bataan and Corregidor would never forget them.

With all the hub-bub about women in combat  – I must reflect on 1Lt. Nesbit and her Girls. None of them would have been a good candidate for the Q-Course, BUD-S or a Ranger Battalion. I doubt any of them would have wanted even to try. They were just average everyday American girls, willing to answer their nation’s call.

Our history is full of Women like Captain Molly and Nancy Hart whose commitment to this republic and courage under fire rivals that of any man. I assure you, the female of our species will surprise you when pressed.

As a perpetual student of history, I can list a parade of American women who, like 1Lt Nesbit and her Girls, didn’t take a step back when faced with enemy fire and the cacophony of battle… they stood their ground and performed as well or better than any male Soldier would have.

I would be reticent to call one of these Girls a “Sammich-maker.” I knew one old Colonel who would have put a hurt on me if I ever showed that much disrespect in front of him.