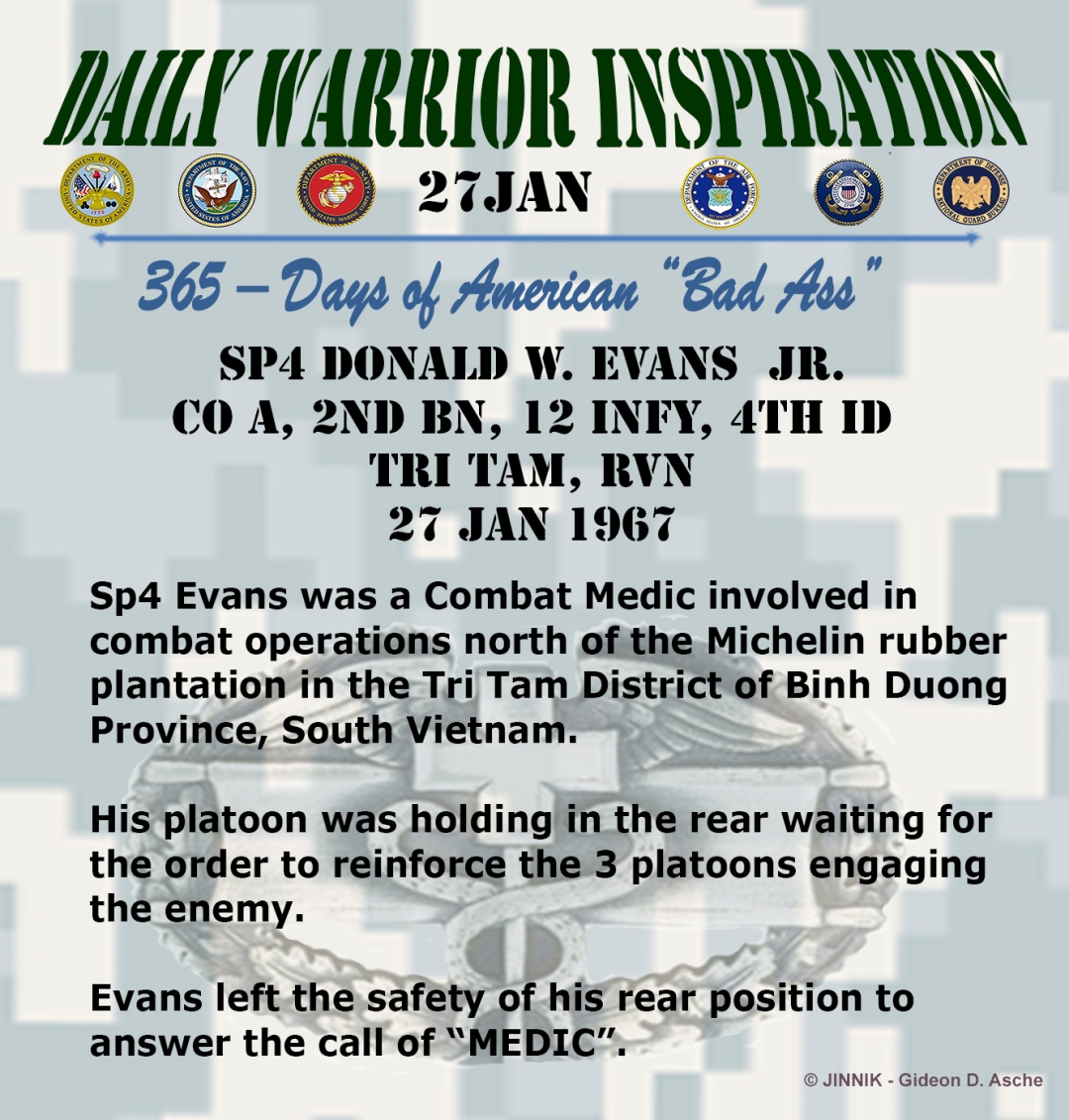 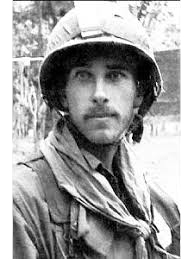 Evans left the safety of his rear position to answer the call of “MEDIC”.

That sound tends to make the sound of one of his men calling out for aid has a tendency to take mere mortal Medics and turn them into “DOC”. That wild-eyed creature willing to risk anything, especially his own life trying to save one of his men. Evans left his position of relative safety dashing across 100 meters of open area through a withering hail of enemy fire and exploding grenades.

The young Medic administered lifesaving treatment continued to expose himself to enemy fire as he moved from wounded man to wounded man.

Realizing that the wounds of 1 particular Soldier required immediate attention, Sp/4. Evans dragged the injured soldier back, across the gauntlet of flying lead, to a secure position for medi-vac.

Evans then traversed the kill zone yet again to return to the front and continue rendering medical aid.

With complete disregard for his own safety, Evans continued his lifesaving efforts. Sp/4 Donnie Evans expended the last of his strength evacuating yet another of his wounded brothers to an evacuation point.

He was killed as he was administering aid to another fallen American.

On Friday, 27 January 1967, SP/4 Donald Ward Evans Jr, MOS 91B20, was killed in action while giving aid to wounded soldiers under fire. This occurred north of the Michelin rubber plantation at Dau Tieng, in the Tri Tam District of Binh Duong Province, South Vietnam. Specialist Evans was posthumously awarded the Congressional Medal of Honor. Here is a portion of his Medal of Honor Citation:

On Thursday, 5 June 1986, Evans U.S. Army Hospital was dedicated to the memory of Specialist Fourth Class Donald Ward Evans Jr, Soldier-Medic. Like all medics, he was known as Doc to his friends. His name is inscribed on Panel 14E, Line 85, of the Vietnam War Memorial in Washington, D.C.