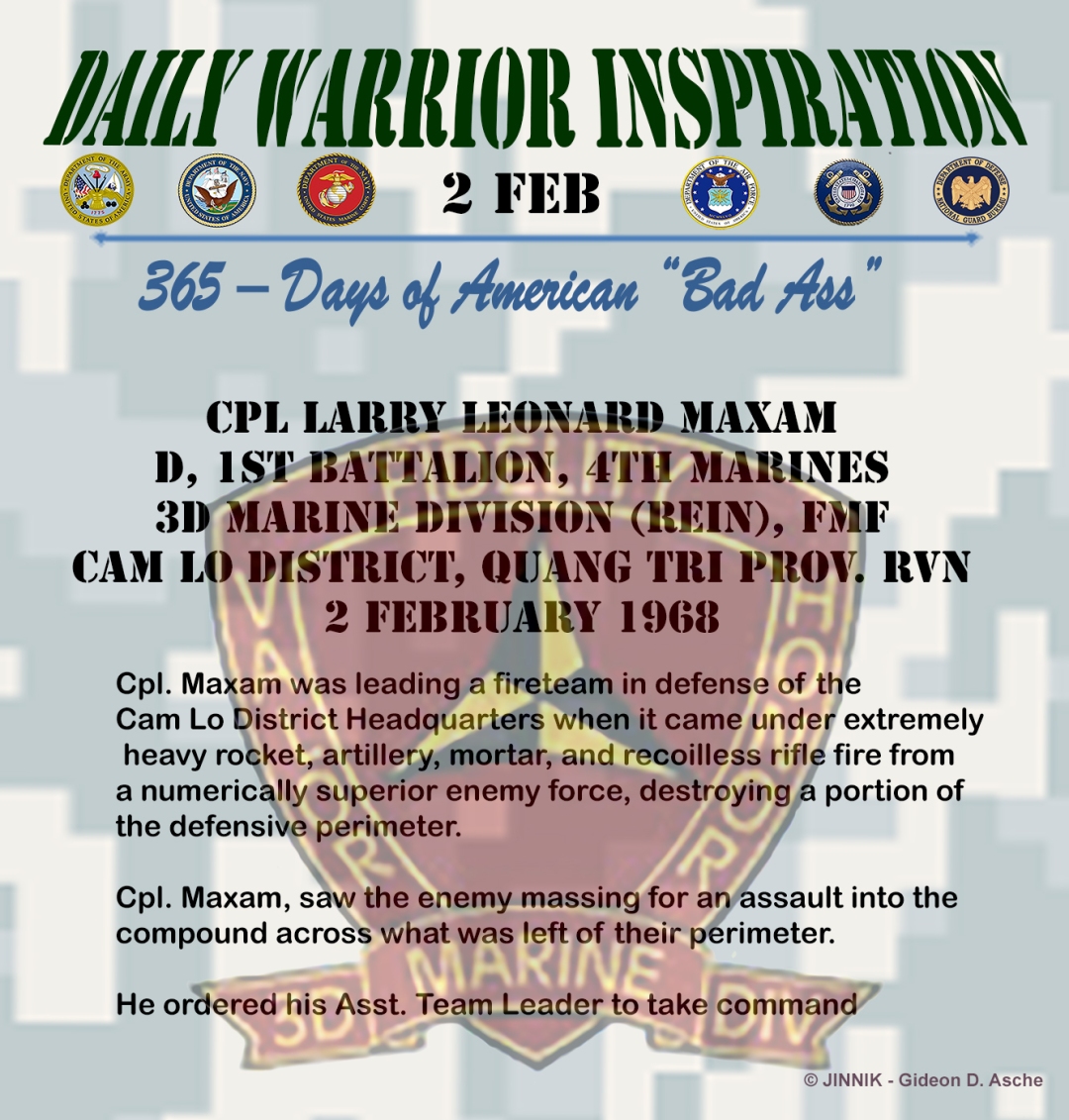 Cpl. Maxam was leading a fireteam in defense of the Cam Lo District Headquarters when it came under heavy rocket, artillery, mortar, and recoilless rifle fire from a numerically superior enemy force, destroying a portion of the defensive perimeter. Cpl. Maxam, saw the enemy massing for an assault into the compound across what was left of their perimeter. He ordered his Asst. Team Leader to take command.

concentrated enemy fire,  he was wounded by fragmentation grenades several times.  When he reached the faltering position, Maxam seized an unmanned machinegun and delivered effective and accurate fire on the advancing enemy.

Maxam’s position was hit by a rocket-propelled grenade, inflicting severe wounds to his face and right eye. In spite of the intense pain and being blinded I one eye, Cpl. Maxam continued to engage the enemy. Forcing the NVA to retreat from the weak point and preventing the unit from being overrun

Wounded too n=badly to reload his machinegun, Maxam fell to the prone position and opened up with his rifle. Maxam held his position for in excess of 11/2 hours continually under heavy fire.

Having successfully defended nearly half of the perimeter single-handedly, he succumbed to his wounds.

“Cpl. Maxam’s aggressive fighting spirit, inspiring valor and selfless devotion to duty reflected great credit upon himself and the Marine Corps and upheld the highest traditions of the U.S. Naval Service. He gallantly gave his life for his country.”