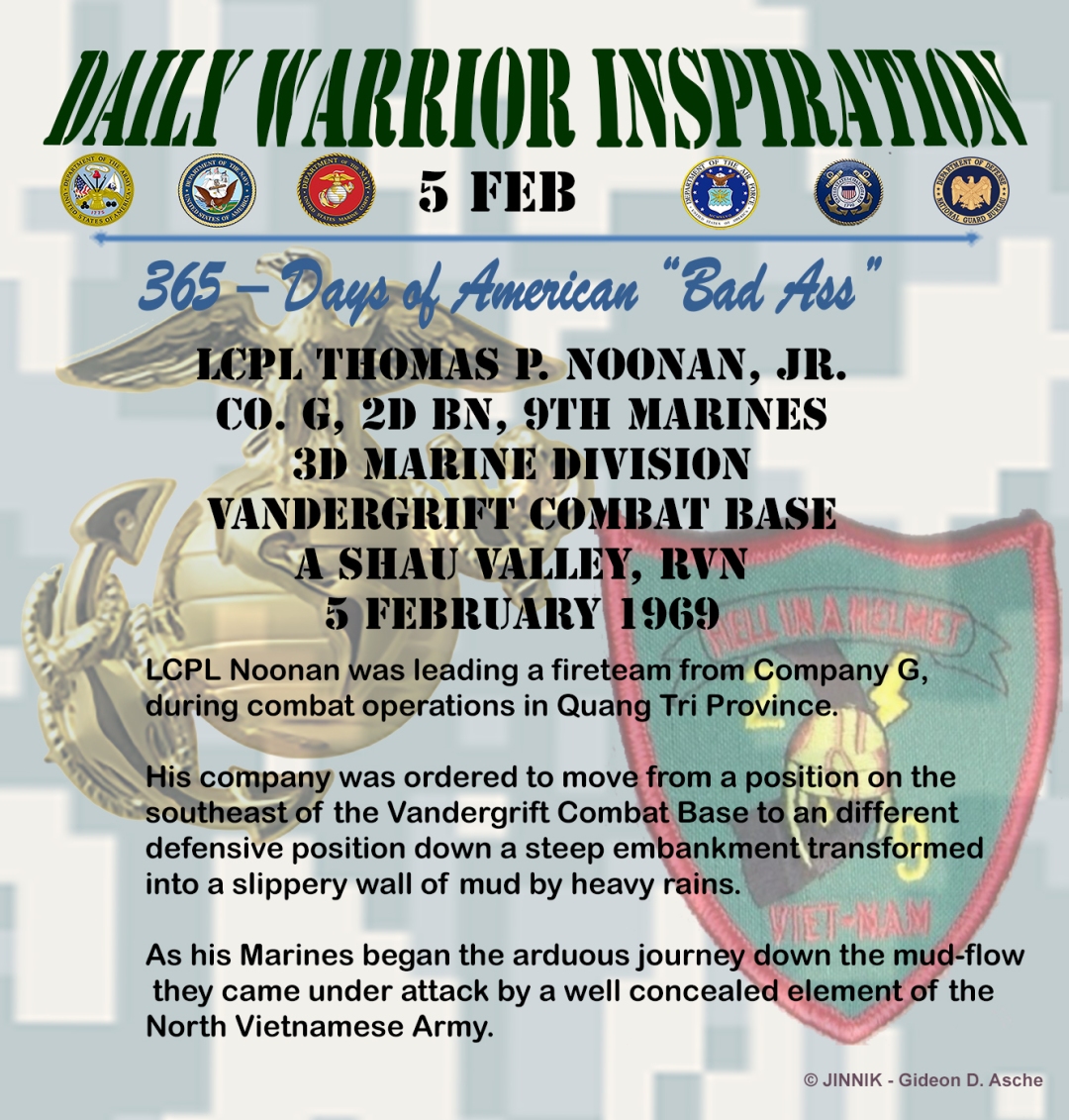 LCPL Noonan was leading a fireteam from Company G, during combat operations in

Quang Tri Province. His company was ordered to move from a position on the southeast of the Vandergrift Combat Base to a different defensive position down a steep embankment transformed into a slippery wall of mud by heavy rains.

As his Marines began the arduous journey down the mud-flow they came under attack by a well-concealed element of the North Vietnamese Army.

Four Marines were wounded and attempts to get to them and render medical aid were thwarted by heavy enemy fire. LCPL. Noonan moved from his position of cover and, maneuvered down the treacherous slope to a position of cover near the wounded Marines. The young Marine shouted words of encouragement to his wounded brothers.  He then dashed across the hazardous terrain and commenced dragging the most seriously wounded man to cover. Noonan ignored his own wounds and went back out into the mouth of the dragon to recover the second wounded Marine.

A second enemy round struck Noonan mortally wounding him. He gave his life to save the lives of his comrades.

“LCPL Noonan’s heroic actions inspired his fellow marines to such aggressiveness that they initiated a spirited assault which forced the enemy soldiers to withdraw. L/Cpl. Noonan’s indomitable courage, inspiring initiative, and selfless devotion to duty upheld the highest traditions of the Marine Corps and the U.S. Naval Service. He gallantly gave his life for his country.”