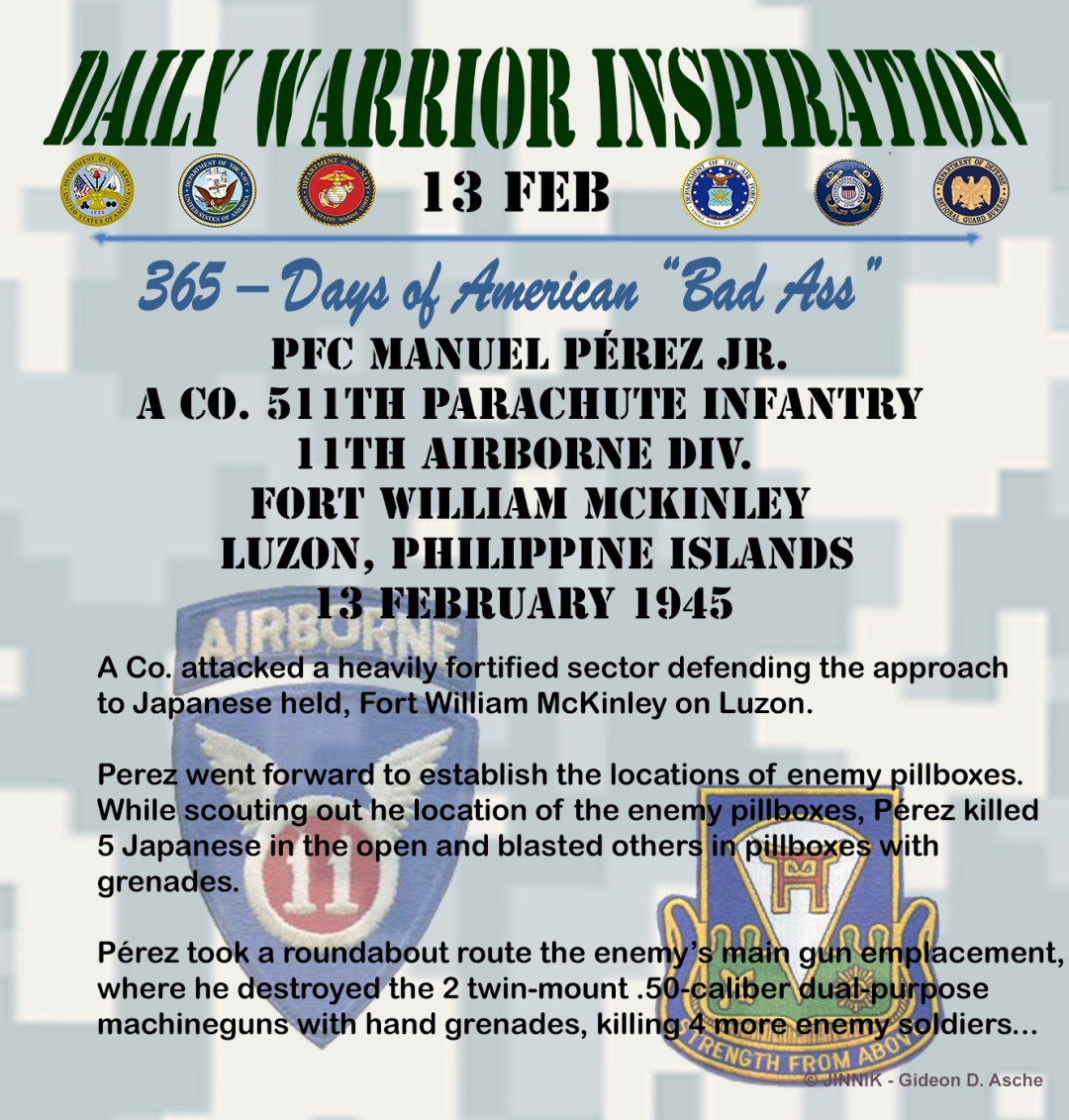 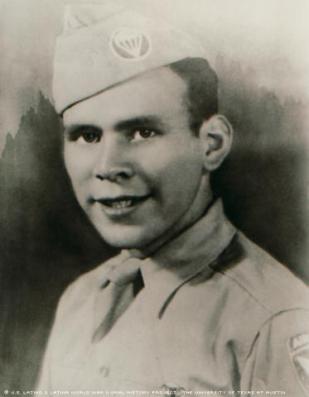 Pérez took a roundabout route the enemy’s main gun emplacement, where he destroyed the 2 twin-mount .50-caliber dual-purpose machineguns with hand grenades, killing 4 more enemy soldiers. The then took up a position to the rear of the Pillbox and killed 4 more of the enemy before he exhausted his ammunition.

After reloading and killing 4 more fleeing enemy soldiers, an escaping Japanese threw his rifle with fixed bayonet at Pérez, knocking Pérez’s rifle from his hands.

Pérez seized the enemy soldier’s rifle and rushed them, killing 2 more with the Japanese bayonet. In warding off this thrust, his own rifle was knocked to the ground. Seizing the enemy rifle, he continued firing, killing 2 more of the enemy.

He then rushed the remaining Japanese, killed 3 of them using the rifle as a club. Pérez then entered the pillbox, where he bayoneted the 1 surviving hostile soldier. Single-handedly, he killed 18 of the enemy and neutralized the enemy strongpoint that had held up the advance of his entire company.

When Pérez was informed that he was being recommended for the Medal of Honor, he wrote this note to his Uncle in Oklahoma.

“Dear Uncle … they are putting me in for a medal and it’s not the purple heart, you will be surprised how big it’s going to be … Your Nephew, Manuel Pérez, Jr.”