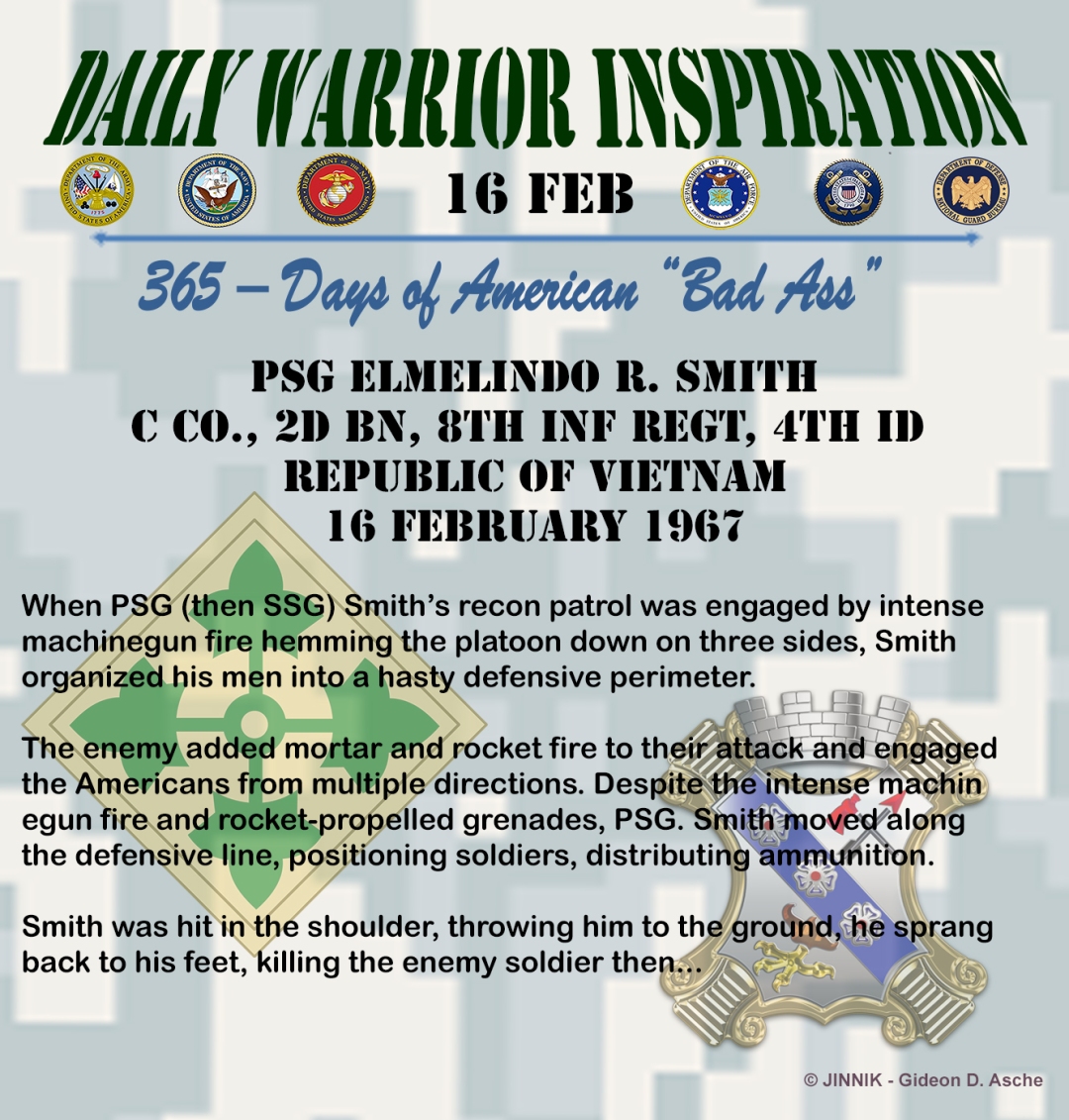 fire hemming the platoon down on three sides, PSG Smith organized his men into a hasty defensive perimeter. The enemy added mortar and rocket fire to their attack and engaged the Americans from several directions.

Smith was hit in the shoulder, throwing him to the ground, he sprang back to his feet, killing the enemy soldier then continued to move from position to position encouraging his men to Kick Ass.

Again wounded in the shoulder and stomach, Smith could no longer walk upright so he continued moving, on his knees, from position to position assisting in the defense.

With no time to crawl back and warn his men, PSG Smith crawled into the open and poured deadly fire into the enemy ranks. Smith was struck by a well-placed RPG as he crawled back to the perimeter.

His gunfire warned the perimeter of the attack giving the Americans a chance to engage the enemy.  Smith regained consciousness but was bleeding out and losing strength fast. Still, he crawled from American position to position continuing to assist his men.

When Smith’s strength gave out, he used the last of it to crawl to a position in the open where he could both engage thee enemy and direct his men and alert the Americans of enemy troop movements.

Realizing how effective Smith’s position was, the enemy focused their fire on PSG Smith. He perished while giving combat orders. Leading from the front, PSG Smith singlehandedly turned the tide of the ambush inspiring his me to, in fact, continue to Kick Ass, repelling the enemy force.