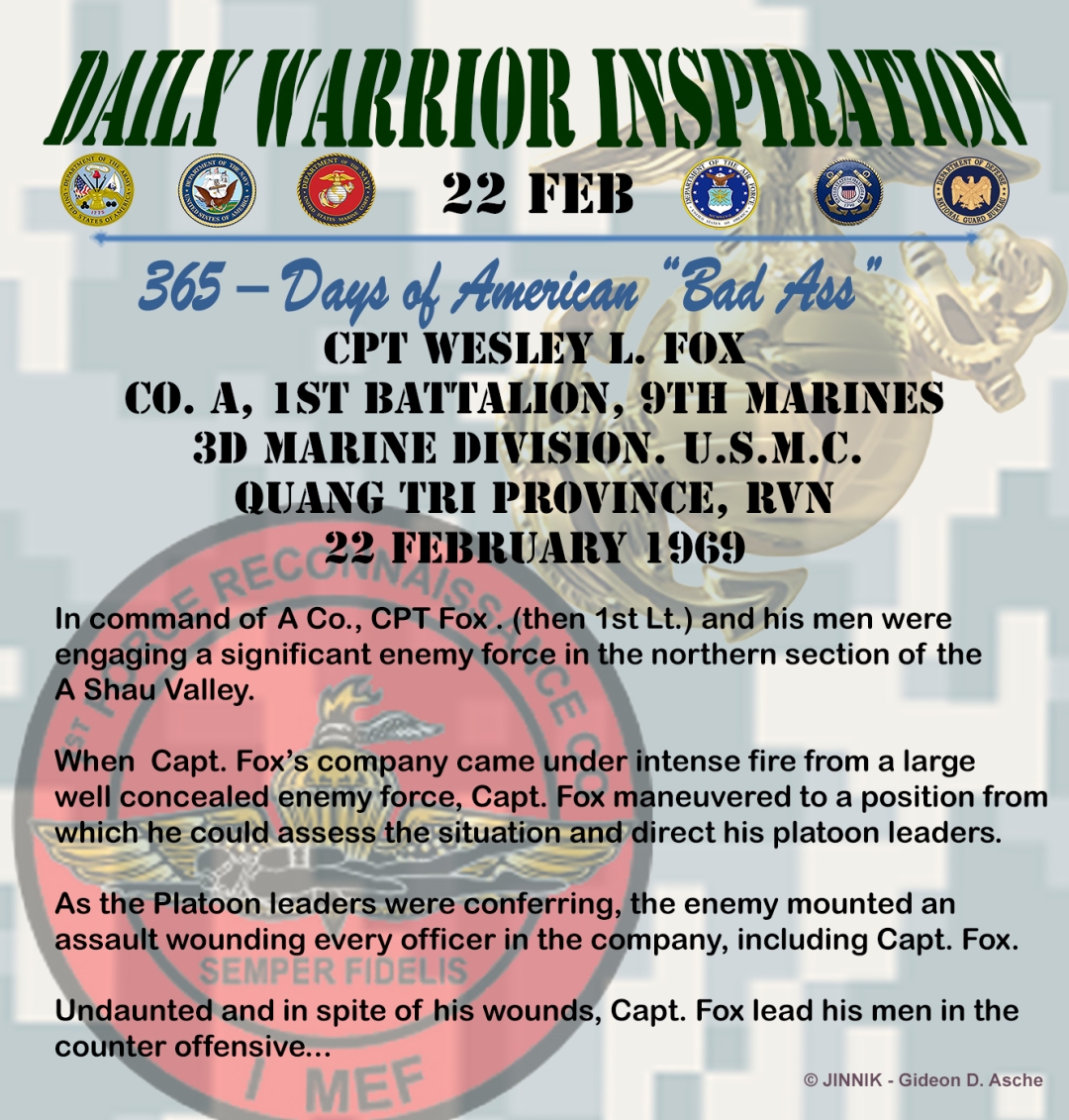 In command of A Co., CPT Fox. (then 1st Lt.) and his men were engaging a significant enemy force in the northern section of the A Shau Valley.

force, Capt. Fox maneuvered to a position from which he could assess the situation and direct his platoon leaders. As the Platoon leaders were conferring, the enemy mounted an assault wounding every officer in the company, including Capt. Fox.

Undaunted and in spite of his wounds, Capt. Fox lead his men in the counteroffensive. Capt. Fox advanced alone through a tornado of steel and lead to a position where he could mount a one-man attack on the enemy gun position that was pouring fire in his men. Capt. Fox personally neutralized 1 enemy gun position, then calmly led his platoon assault against the remaining hostile emplacements, destroying them as well.

Capt Fox had wounded men on the ground, they became his priority. The young Marine officer moved to a position where he could set up a hasty LZ to evacuate the wounded. Knowing an officer on the move meant something was in the works The enemy targeted the officer the entire way.

The company XO was again wounded, fatally this time, leaving a vacuum of leadership on one flank. Capt. Fox immediately reorganized the company leading the counter-attack hurling grenades against the enemy driving them into retreat. Giving the Americans the victory.

Wounded again in the final assault, the Capt. was losing blood fast, but refused medical attention, until he could establish a defensive perimeter, and facilitate casualty evacuation.

U.S.M.C. Capt. Wesley L. Fox led from the front. His men had to keep up with him or get left behind.

His MOH citation ends with the following words:

His (Capt Fox) indomitable courage, inspiring initiative, and unwavering devotion to duty in the face of grave personal danger inspired his marines to such aggressive action that they overcame all enemy resistance and destroyed a large bunker complex. Capt. Fox’s heroic actions reflect great credit upon himself and the Marine Corps, and uphold the highest traditions of the U.S. Naval Service. 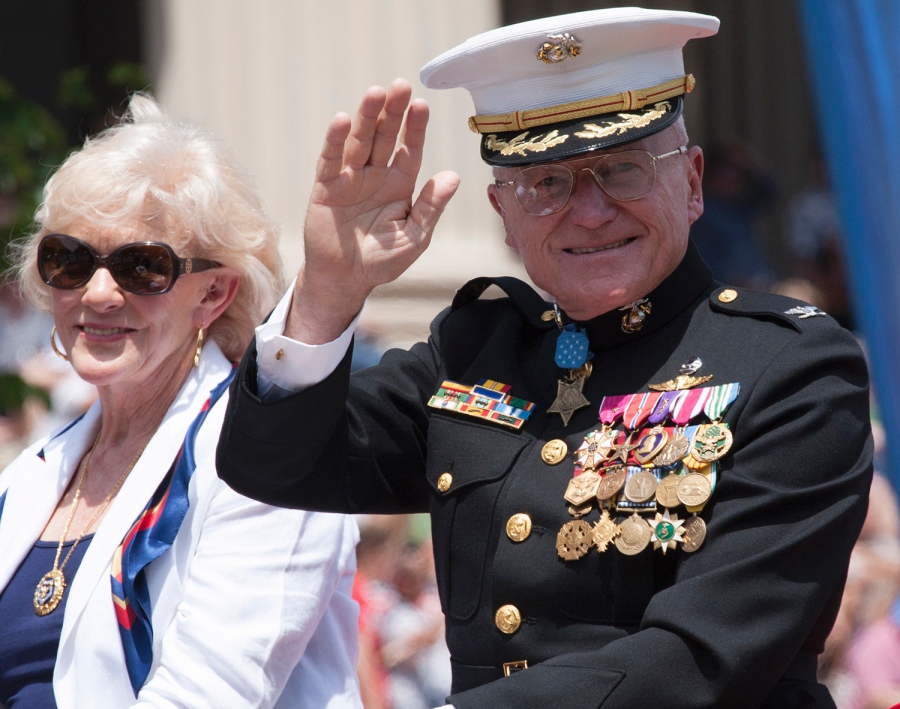 Col.  Wesley L. Fox passed November 24, 2017, at the age of 86.
A warrior’s tribute from one of his men can be found here http://www.forcerecon.com/Col-Wesley-L-Fox.htm