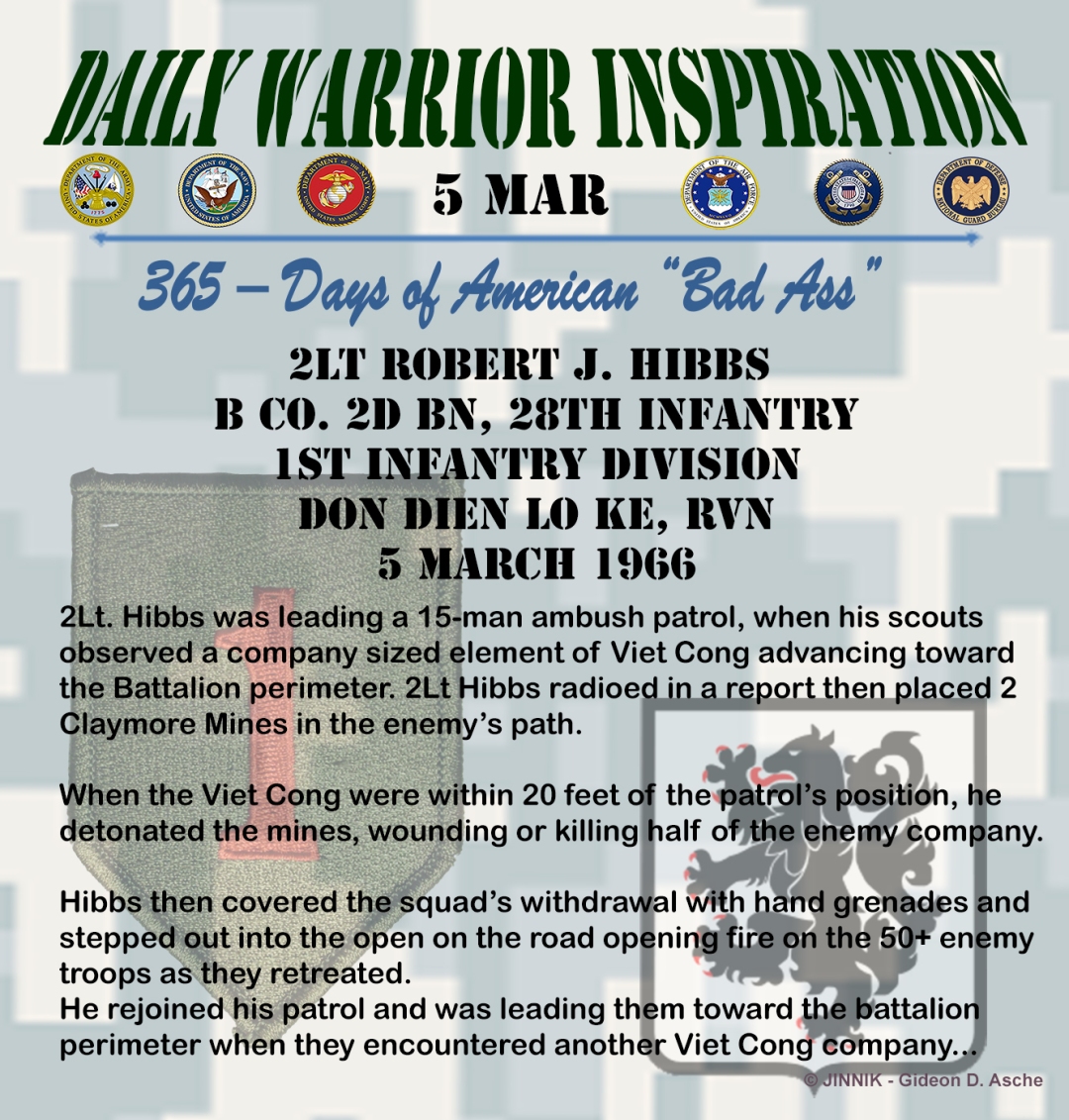 2Lt. Hibbs was leading a 15-man ambush patrol, when his scouts observed a company

sized element of Viet Cong advancing toward the Battalion perimeter. 2Lt Hibbs radioed in a report then placed 2 Claymore Mines in the enemy’s path. When the Viet Cong were within 20 feet of the patrol’s position, he detonated the mines, wounding or killing half of the enemy company.

Hibbs then covered the squad’s withdrawal with hand grenades and stepped out into the open on the road opening fire on the 50+ enemy troops as they retreated. He rejoined his patrol and was leading them toward the battalion perimeter when they encountered elements of another Viet Cong company. Knowing he had the advantage of surprise, 2Lt. Hibbs led a charge against the enemy force completely disrupting their attack.

Learning that a wounded patrol member was wandering in the area between the 2 opposing forces Hibbs and a sergeant from his squad, went back out  to recover the wounded soldier. They maneuvered through withering fire from 2 Viet Cong machine guns well forward of friendly lines, where the sergeant grabbed the dazed soldier and dragged him back toward the friendly lines. 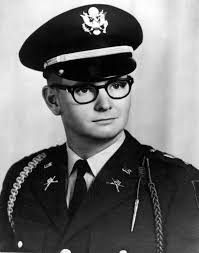 Armed with only an M-16 rifle and a pistol, Hibbs remained behind providing covering fire.  Determined to destroy the enemy positions, he charged the 2 machine gun emplacements.  Hibbs was mortally wounded but managed to disrupt the enemy positions so his men could pull back to a position of cover.

In a last act of courage, Hibs knew the tactical value of the Night Vision Scope on his rifle and could not let it fall into enemy hands. He destroyed the Scope as he bled out preventing its capture and use by the Viet Cong