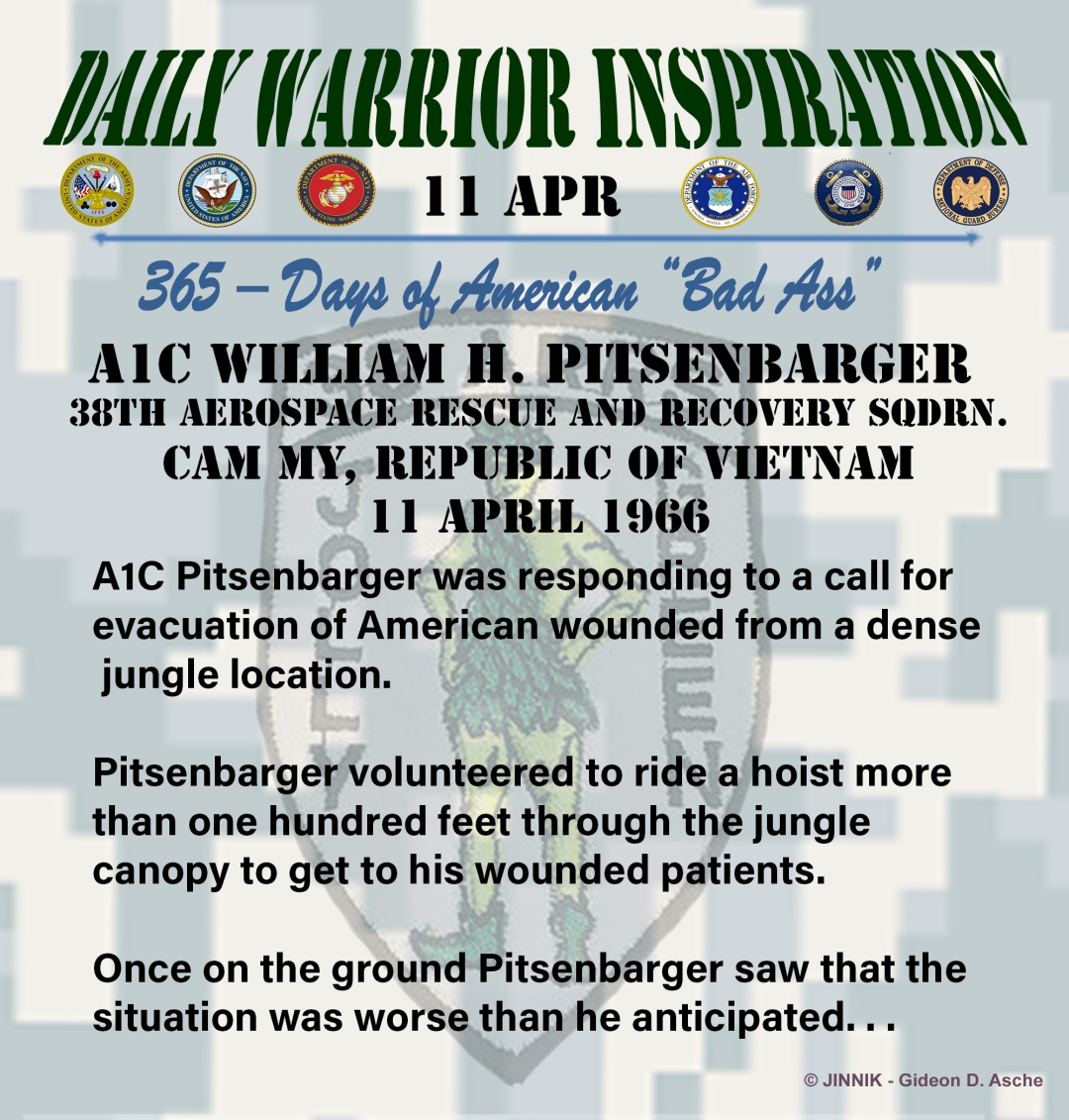 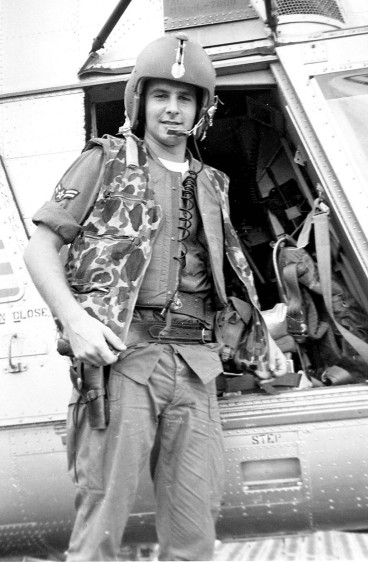 dense jungle location.  Pitsenbarger volunteered to ride a hoist more than one hundred feet through the jungle canopy to get to his wounded patients.  Once on the ground, Pitsenbarger saw that the situation was worse than he anticipated.

Once on the ground, Pitsenbarger coordinated rescue efforts, cared for the wounded, and prepared casualties for evacuation.

Nine casualties were evacuated when Airman Pitsenbarger declined evacuation so he could assist additional wounded still on the ground. After several successful lifts, one of the rescue helicopters was hit and was forced to perform an emergency landing.

Airman Pitsenbarger remained with the wounded performing medical duties.  His position came under intense mortar and enemy sniper fire, followed by a massive assault by a large Viet Cong force.

The evacuation was called off as a result of the attack, and Airman Pitsenbarger was stranded on the ground.  Pitsenbarger simply put his hands on a rifle and became an Infantryman. Pitsenbarger moved from position to position, distributing ammunition and caring or the wounded.

The young Airman was wounded three separate times before the field was won.  Despite his wounds, he valiantly fought on, treating as many wounded as possible.

American forces suffered 80 percent casualties as their perimeter was breached. Throughout the battle A1C Pitsenbarger repeatedly exposed to himself enemy fire disregarding his own safety to recover wounded Soldiers from the battlefield, he was fatally wounded 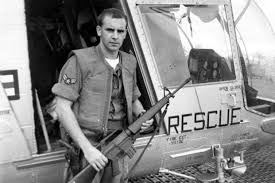 “ Airman Pitsenbarger exposed himself to almost certain death by staying on the ground and perished while saving the lives of wounded infantrymen. His bravery and determination exemplify the highest professional standards and traditions of military service and reflect great credit upon himself, his unit, and the United States Air Force.”