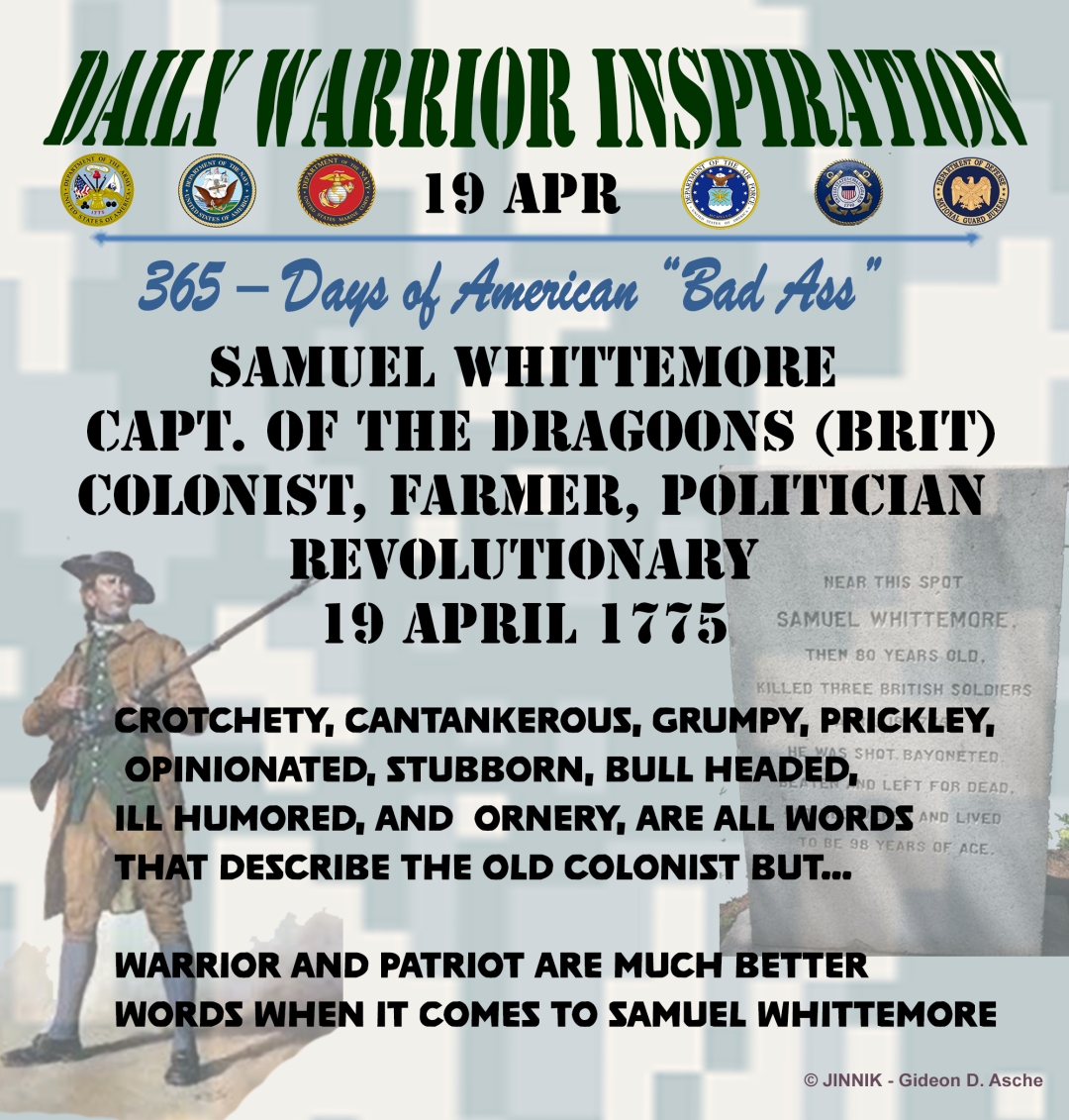 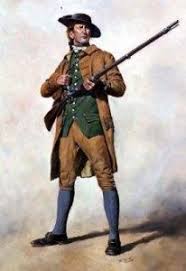 Humored, and even Ornery are all words that describe the elderly colonist.

Fifty year old, Samuel Whittemore was a simple colonist and farmer when he was called to serve as a private with the 3rd Massachusetts Regiment during King George’s war (1744-1748).

His bravery is included in several dispatches (the precursor to today’s Medals). In 1745 Pvt Whittemore took part in taking the Fortress of Louisbourg in 1745, a prominent French stronghold.

Although in his 7th decade, Whittemore again fought for the Crown during the French Indian war (1754-1763), taking part in both the campaign against Chief Pontiac and the assault and capture of the French Fortress of Louisbourg for a second time in 1763.  His courage in battle resulted in Whittemore’s promotion to Captain of the Dragoons.

It is worth noting that the average life expectancy for a male colonist in the 18th century was less than 30-years, and Samuel Whittemore was double that age when he helped take the Fortress of Louisbourg

In the years between his war service and the American Revolution, Samuel Whittemore served the British Crown by serving his people as a civic and political leader. Whittemore opposed and spoke against the Stamp Act in 1766. He then served as a committee-man for the Town of Cambridge in the wake of its repeal. He was later elected as a delegate to the Massachusetts Committee of Convention in 1768 and served on the Cambridge Committee of Correspondence. – all leading up to Whittemore’s conclusion that the Colonies could only thrive if they were free of Crown rule.

Whittemore was a Patriot to his marrow and understood that a Soldier serves his Flag, his people – Not his King (or president). He knew he would likely be required to stand in the gap for his people once more- and when that day came… Whittemore stood his ground.

On April 19th, 1775, after a sound thrashing by the Continentals. A regiment of British Foot decided to cross Samuel Whittemore’s land.

Whittemore fetched his “Iron,” hid behind a large rock lying in ait for the enemy. Armed with only his musket and two dueling pistols, all three single-shot muzzle-loading weapons, Whittemore engaged the enemy regiment – outnumbered 200+ to one.

He killed three of the enemy before they were too close to reload  and he resorted to drawing his sword and attacking the oncoming enemy.

Samule Whittemore fell from a shot that ripped off part of his face, but the British weren’t satisfied at just blowing the old man’s face off, so they surrounded the old man, bayonetting him at least six times and stomping him until he stopped gurgling.

It can only be assumed the British had never seen an Opossum. 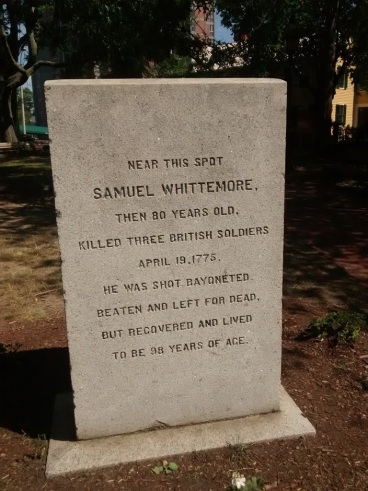 Capt. Samuel Whittemore, in an incredible act of defiance, refused to die. He was just playing possum until they were gone. As soon as they were clear, Whittemore got up and reloaded his musket to deliver sniper fire from the British rear. He was reloading his musket for another volley, when he was found by colonial forces and taken to Dr. Cotton Tufts in Medford. The Doctor concluded that Whittemore was but moments from death and tried to make him comfortable.