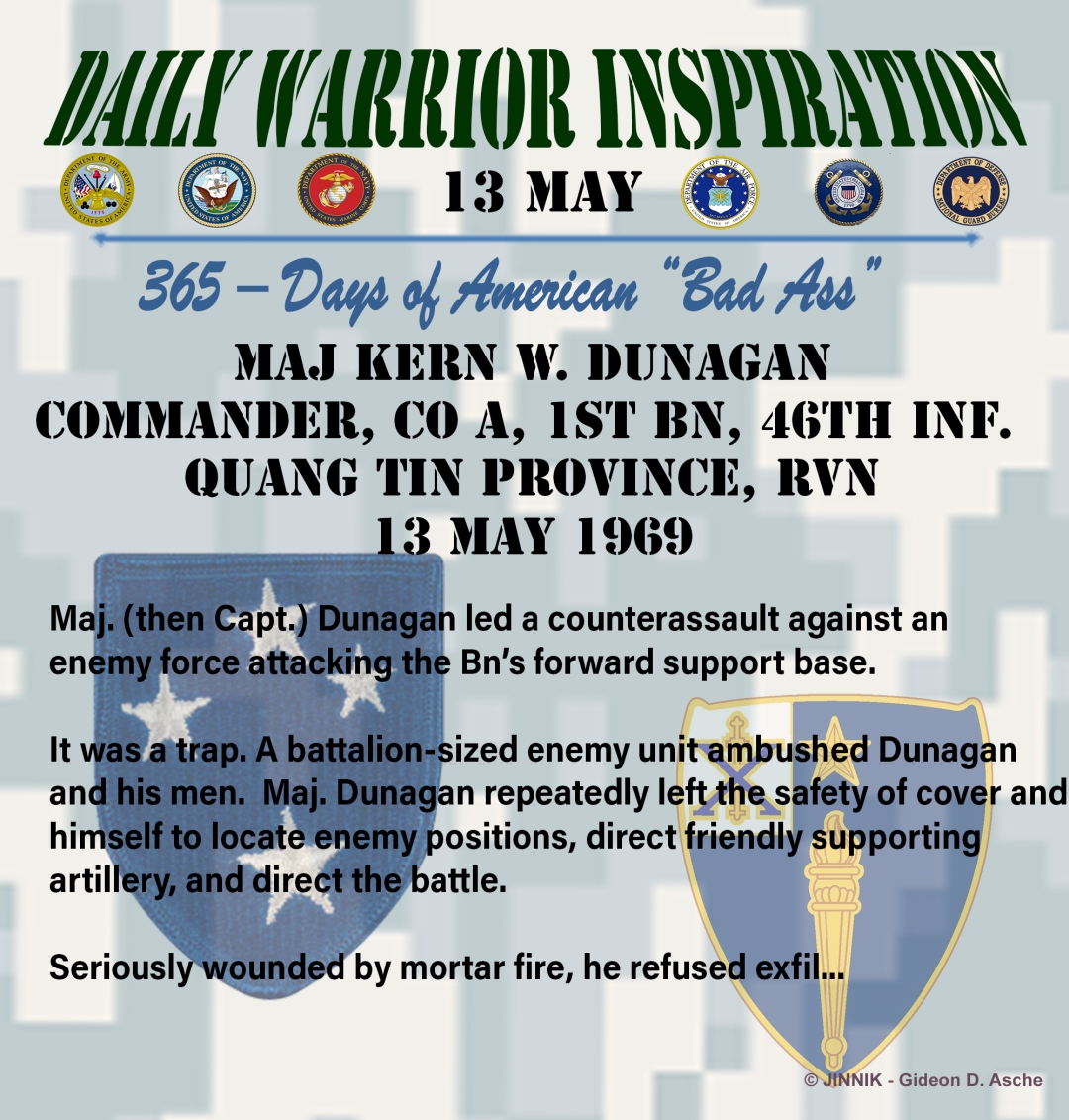 Maj. (then Capt.) Dunagan led a counterassault against an enemy force attacking the 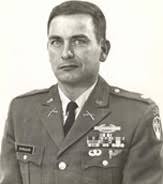 battalion  Bn’s forward support base.  It was a trap. A battalion-sized enemy unit ambushed Dunagan and his men.

Maj. Dunagan repeatedly left the safety of cover and exposed himself to locate enemy positions, direct friendly supporting artillery, and direct the battle. Seriously wounded by mortar fire, he refused exfil, remained in command, and supervise the evacuation of dead and wounded.

Disregarding his own serious wounds, fatigue, and blood loss, The Maj. rescued two critically wounded men before being wounded again.

After repositioning his men into a stable defensive position, Dunagan was informed that six of his me were stranded outside the new perimeter.  Despite his three serious wounds, Dunagan went back and searched for his men.

He found 1soldier critically, the Maj. lifted the man to his shoulders, and carried him to the comparative safety of the friendly perimeter.

Maj Dunagan made damn sure all of his wounded received emergency treatment and were removed from the area before he would stand down and accept medical care or exfil.

Dunagan remained in the Army after Viet Nam reaching the rank of Colonel (O-6) before he retired.  He passed in  Dec. 1991 at the age of 57.