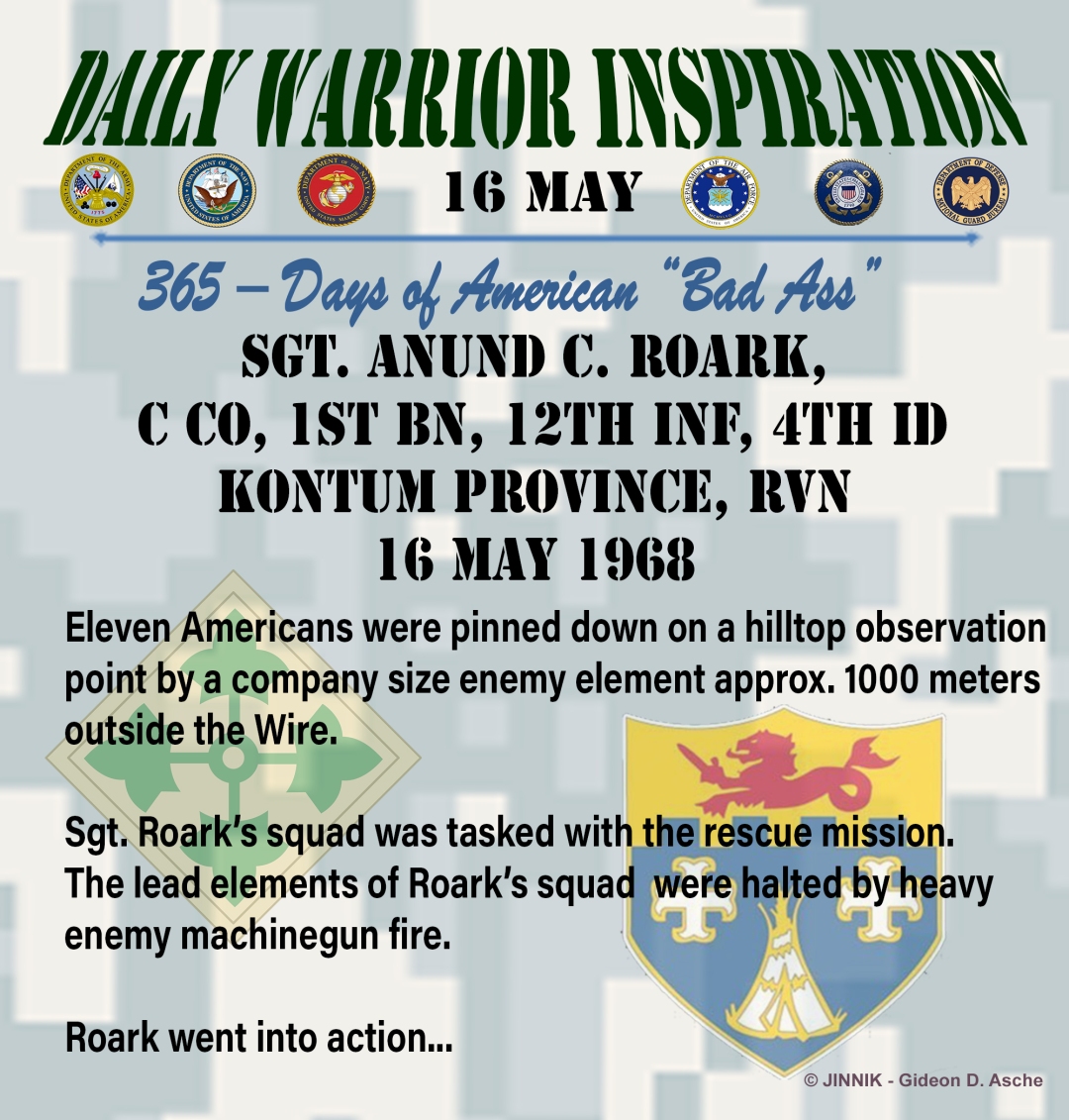 Sgt. Roark’s squad was tasked with the rescue mission. The lead elements of Roark’s squad were halted by heavy enemy machinegun fire as they reached the observation post. Roark went into action repeatedly exposing himself to enemy fire, throwing grenades and directing fire.  As casualties mounted, Roark covered their withdrawal and evacuation.

Roark and some of his men were repositioning to engage the enemy when the enemy renewed the offensive with a volley of Hand grenades and small arms fire.

A grenade landed in the midst of his Roark’s men. With absolute disregard for his own safety, Sgt. Anund Roark, hurled himself on top of the explosive, absorbing the blast and shrapnel with his body. – None of Roark’s men were injured by the blast.

“Sgt. Roark’s magnificent leadership and dauntless courage saved the lives of many of his comrades and were the inspiration for the successful relief of the outpost. His actions which culminated in the supreme sacrifice of his life were in keeping with the highest traditions of the military service, and reflect great credit on himself and the U.S. Army.”