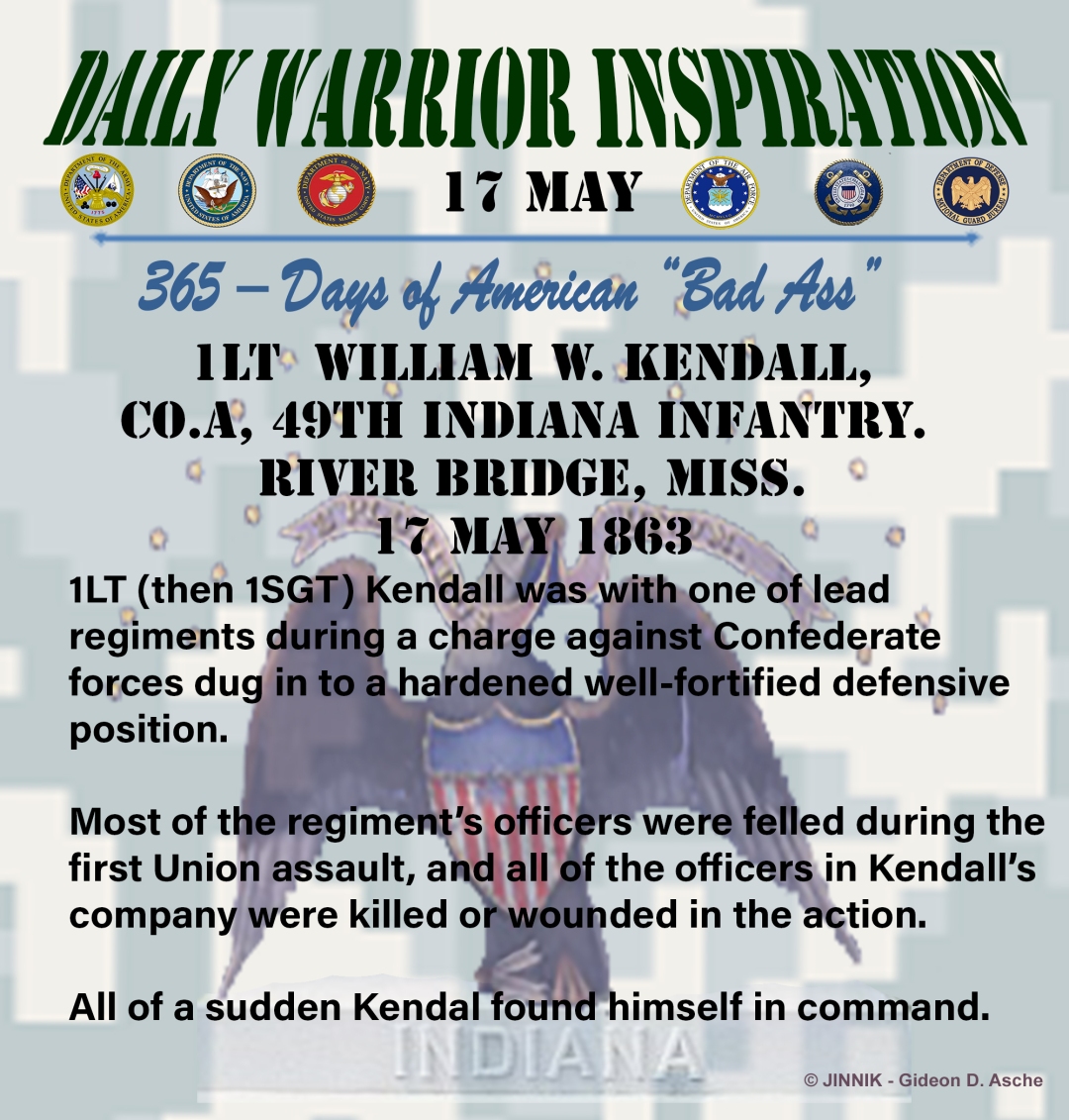 1LT (then 1SGT) Kendall was with one of lead regiments during a charge against Confederate forces dug in to a hardened well-fortified defensive position.

Most of the regiment’s officers were felled during the first Union assault, and all of the officers in Kendall’s company were killed or wounded in the action.

All of a sudden Kendal found himself in command of his company.

Kendall led the attack, but as his men approached the objective their way was blocked by a ten foot wide trench. Kendall got a running start then leaped the trench and found a pile of planks on the other side. He Quickly threw them one by one across the opening making a field expedient bridge.

He continued to lead him men in a charge on the enemy’s line. 1Lt Kendall and his men captured several artillery pieces and took more Confederate prisoners than he had men in under his command.

The Lt made that last muster on 14 August 1920 and is buried at the Ames Chapel Cemetery, Abydel, Indiana.