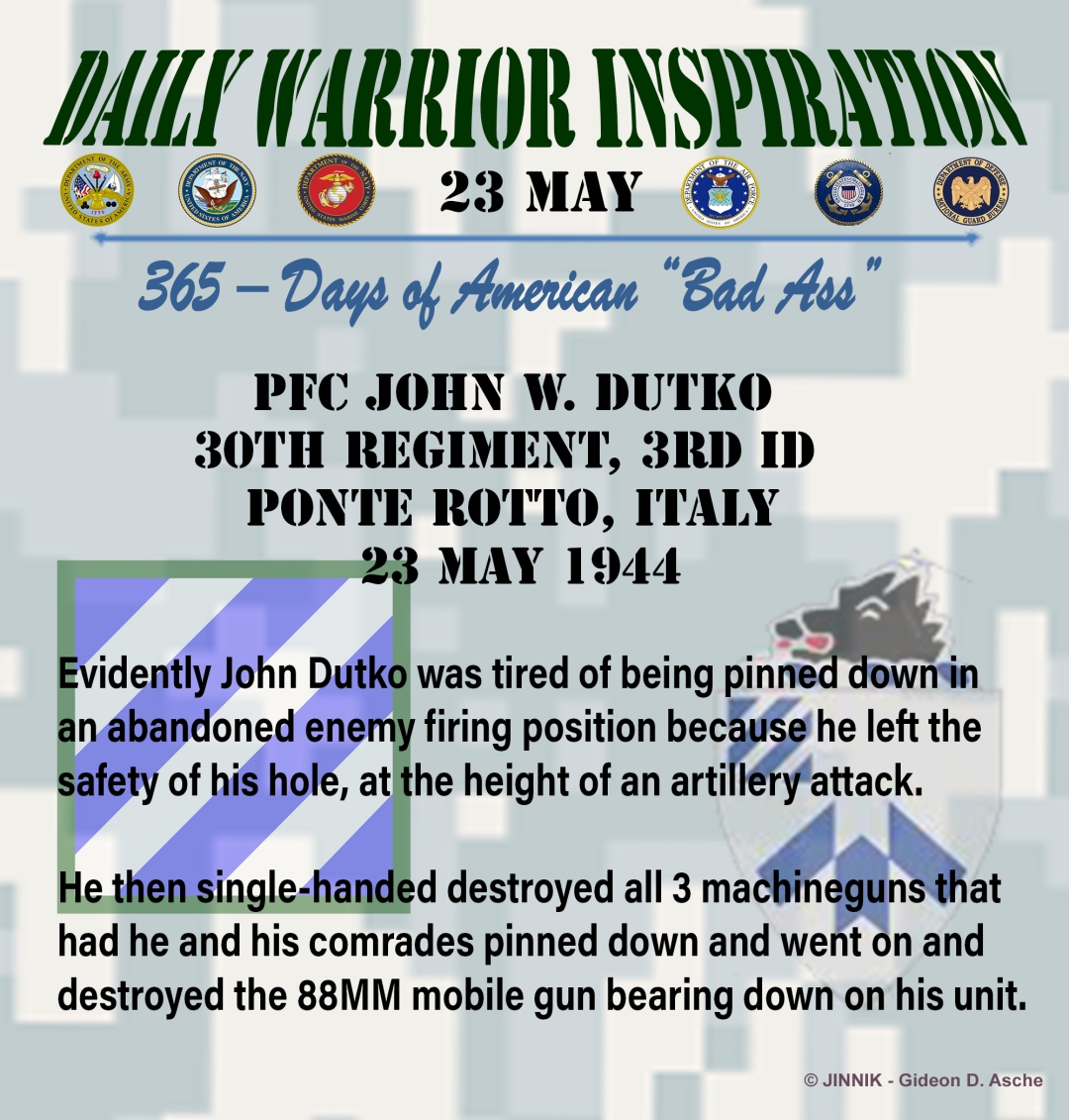 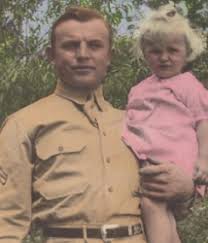 Evidently, John Dutko was tired of being pinned down in an abandoned enemy firing position because he left the safety of his hole, at the height of an artillery attack. He then single-handed destroyed all 3 machineguns that had he and his comrades pinned down.

In complete disregard of the intense fire from virtually all sides He then went on and destroyed the 88MM mobile gun bearing down on his unit.

Pfc. Dutko moved to a point within 30 yards of the first enemy machinegun and killed both gunners with a hand grenade. Wounded and thrown to the ground as he approached the 2nd gun he swiftly regained his senses and advanced on the 88mm.

When Dutko was within range to deliver accurate fire he attacked the gun position, again single handedly, firing his BAR from the hip he killed the 5 man crew and silenced the weapon.

A third German machinegun fired on Pfc. Dutko wounding him a second time as he proceeded toward the enemy weapon in a half run.

The young soldier dispatched both members of the gun crew with a single burst from his weapon and continued forward in his assault.

Pfc. John Dutko’s body was discovered after the battle he had  continued toward tan enemy position killing the crew but was mortally wounded, his body falling across the dead Germans of the gun crew.