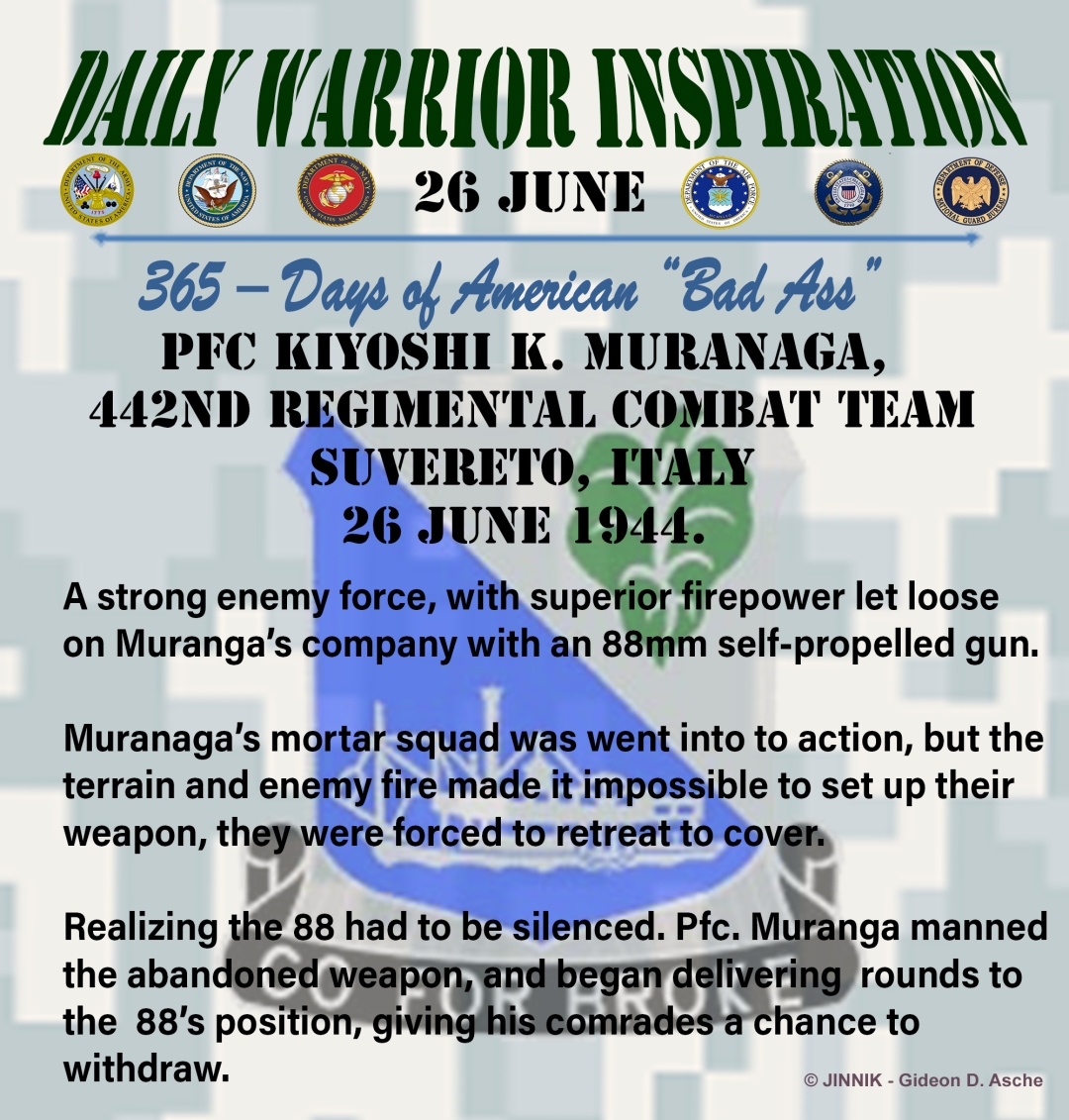 A strong enemy force, with superior firepower, let loose on s company with an 88mm self-propelled gun.  Direct and accurate fire forced the men to scatter and look for cover.

Muranaga’s mortar squad went into action, but the terrain and enemy fire made it impossible to set up their weapon, they were forced to retreat to cover.

Realizing the 88 had to be silenced, Pfc. Muranga, took over the abandoned weapon and began delivering rounds to the 88’s position, giving his comrades a chance to withdraw.

Pfc Muranaga manned the mortar himself and opened fire on the enemy gun at a range of approximately 400 yards.

He was able to correct fire and landed his 3rd round directly in front of the enemy gun.

The enemy crew, immediately turned their 88mm weapon directly on Muranaga’s position and an 88mm round scored a direct hit on his position, killing him instantly but not before he made his point, giving his brothers the advantage.

“Because of the accuracy of Private First Class Muranaga’s previous fire, the enemy soldiers decided not to risk further exposure and immediately abandoned their position. Private First Class Muranaga’s extraordinary heroism and devotion to duty are in keeping with the highest traditions of military service and reflect great credit on him, his unit, and the United States Army.”