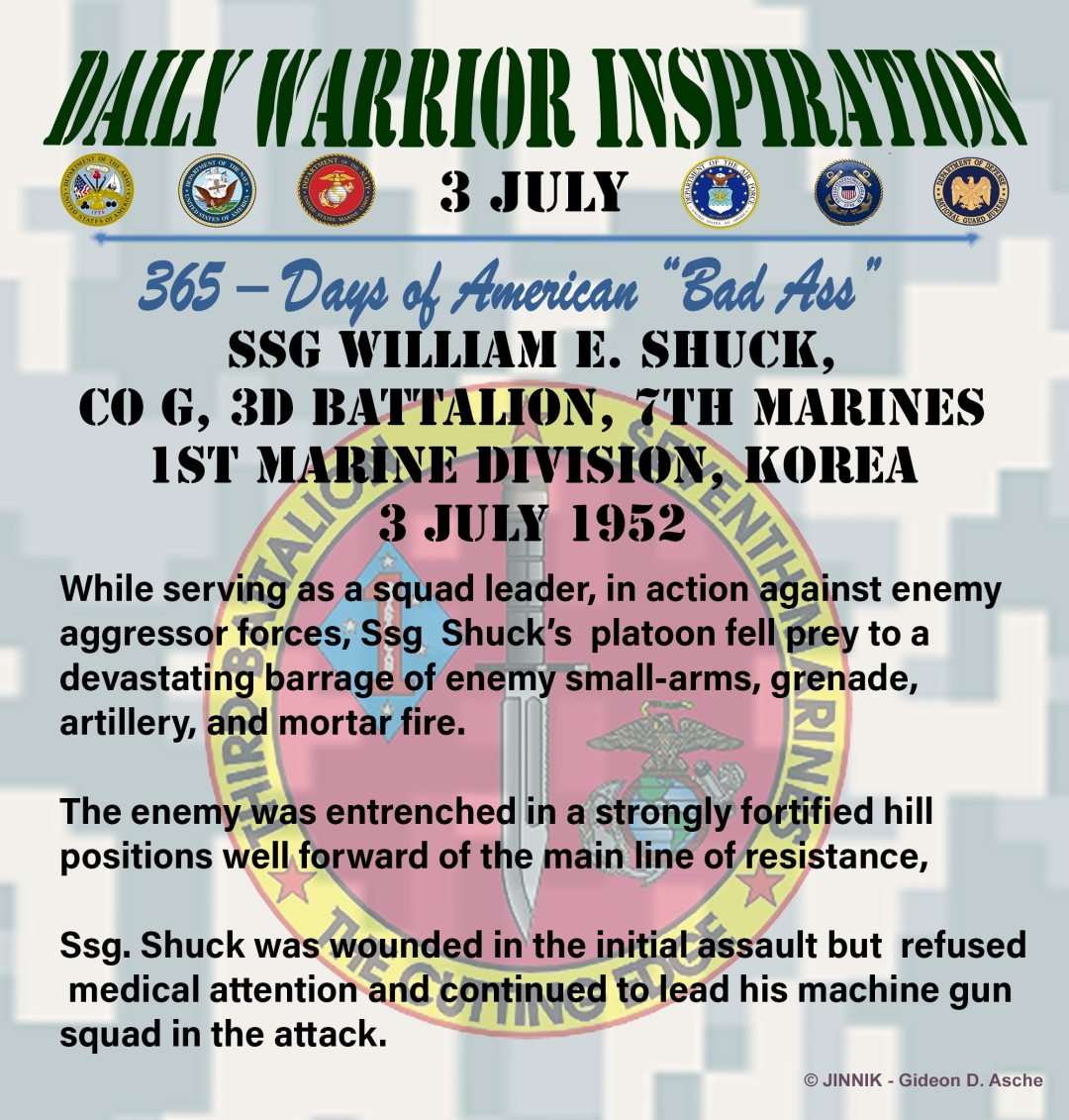 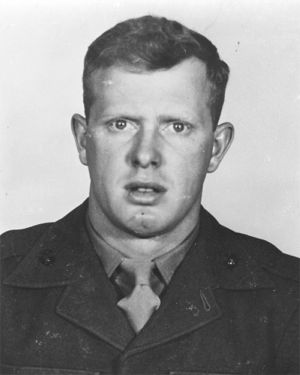 While serving as a squad leader, in action against enemy aggressor forces, SSG  Shuck’s platoon fell prey to a devastating barrage of enemy small-arms, grenade, artillery, and mortar fire.

The enemy was entrenched in a strongly fortified hill position well forward of the main line of resistance, SSG. Shuck was wounded in the initial assault but refused medical attention and continued to lead his machine gun squad in the attack.

A rifle squad leader was incapacitated and the squad was in danger of faltering without command.

SSG Shuck unhesitatingly assumed command of the rifle squad and organized the 2 squads into an attacking force.  He went on to lead 2 more daring assaults upon the hostile positions.

Wounded a second time, he again refused evacuation and remained in the foremost position under heavy fire until assured that all dead and wounded were evacuated.

An enemy sniper bullet took  SSG Shuck while he was assisting in the removal of the last of his casualties.

SSG William  Shuck freely gave his life for his men, his people, and his Flag.