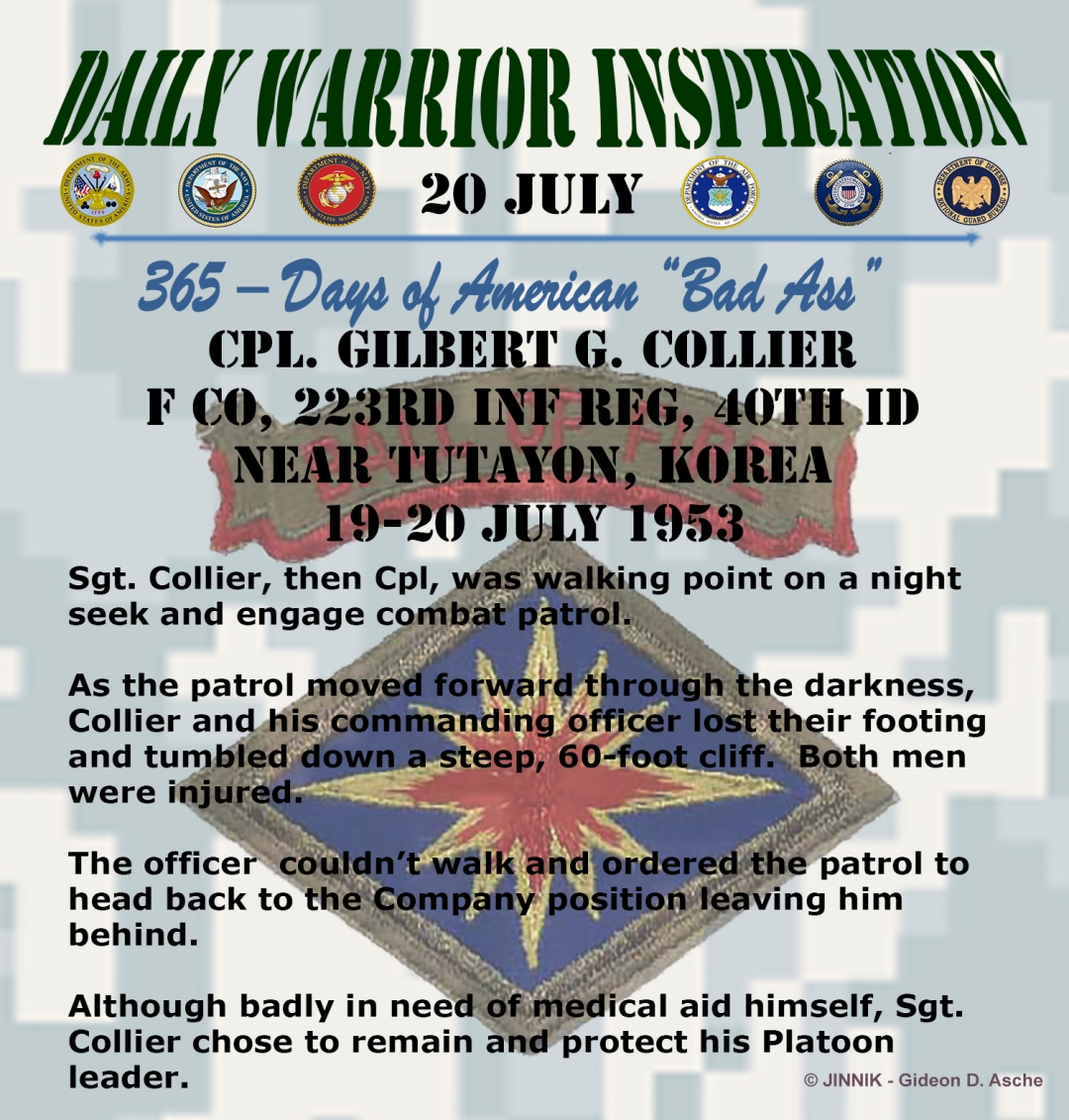 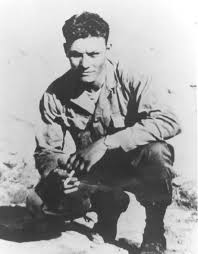 Sgt. Collier, then Cpl, was walking point on a night seek and engage combat patrol.

As the patrol moved forward through the darkness, Collier and his commanding officer lost their footing and tumbled down a steep, 60-foot cliff.  Both men were injured.

The officer had a badly injured ankle and could not walk, he officer ordered the patrol to head back to the Company position leaving him behind.

Although badly in need of medical aid himself, Sgt. Collier chose to remain and protect his Platoon leader.

Over the course of the night, the two injured men managed to crawl over the mountainous terrain to the opposite valley where they hid out until the cover of night returned allowing them to continue their trek to friendly lines.

Shortly after abandoning their hide they were ambushed.  Sgt. Collier killed 2 enemy soldiers, but was wounded and separated from his officer.  After running out of ammunition, Collier crawled away from Agnew to draw the four surviving Chinese soldiers away from his Leutenant. The four caught Collier attacking him in an attemtp to beat him to death.

Collier pulled his bayonet and stabbed two of the men to death; the others fled. “He was mortally wounded Collier tried to reach and  his leader in a desperate attempt to save his comrade’s life without regard to his own safety,”

A rescue patrol found Collier and Agnew and carried them to an aid station, but the young corporal was too badly wounded and died that night; his lieutenant survived.