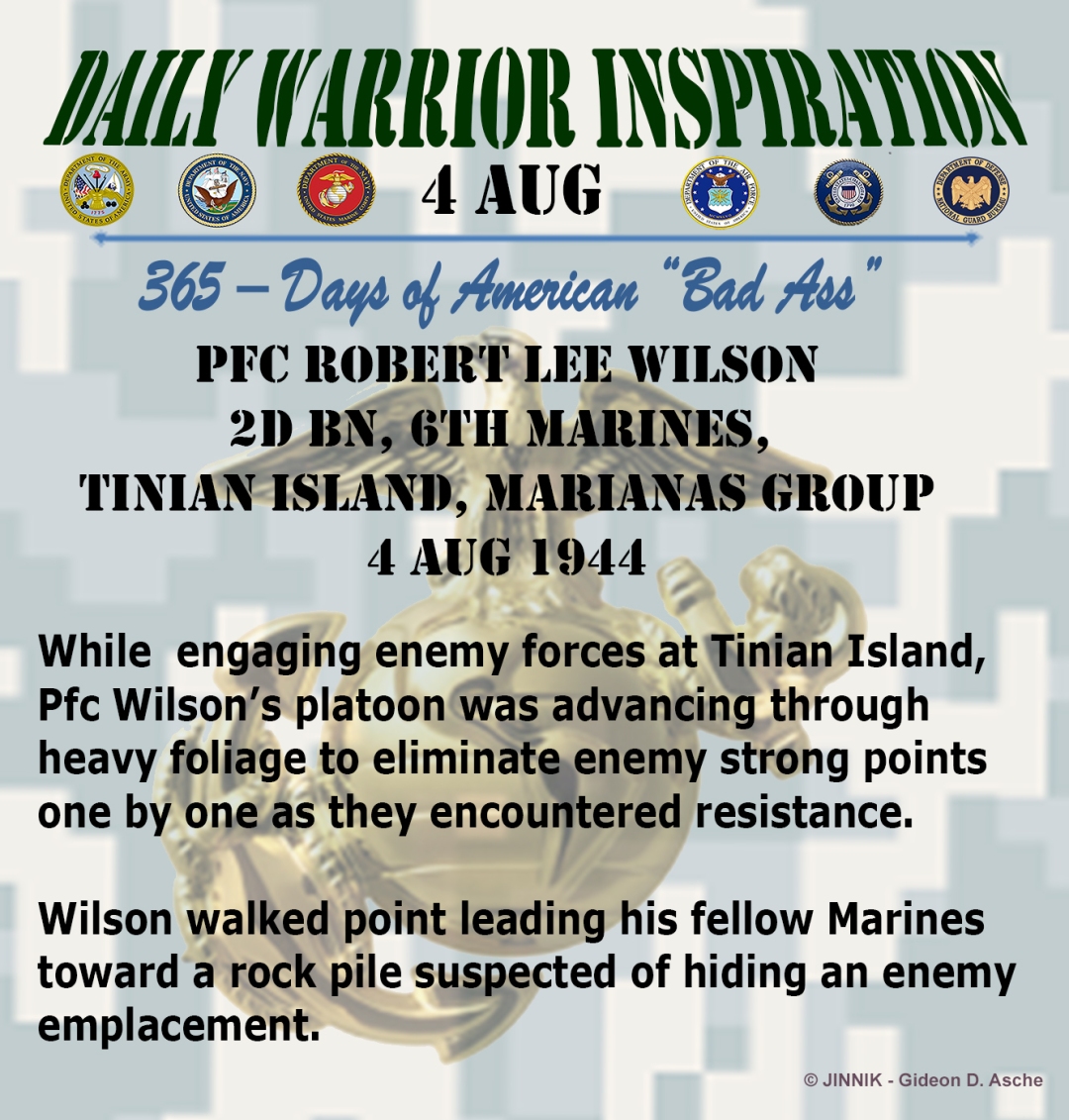 While engaging enemy forces at Tinian Island,  Pfc Wilson’s platoon was advancing through heavy foliage to eliminate enemy strong points one by one as they encountered resistance.

Fully aware of the danger involved, he was moving forward to draw fire while the rest of his squad fellow with automatic rifles at the ready.

An enemy Granage was thrown  into the middle of the Marines.

Quick to act, Pfc. Wilson cried a warning to the men and unhesitatingly leaped on the grenade. PFC Robert Lee Wilson absorbed the explosion with his own body giving his life for his brother Marines.