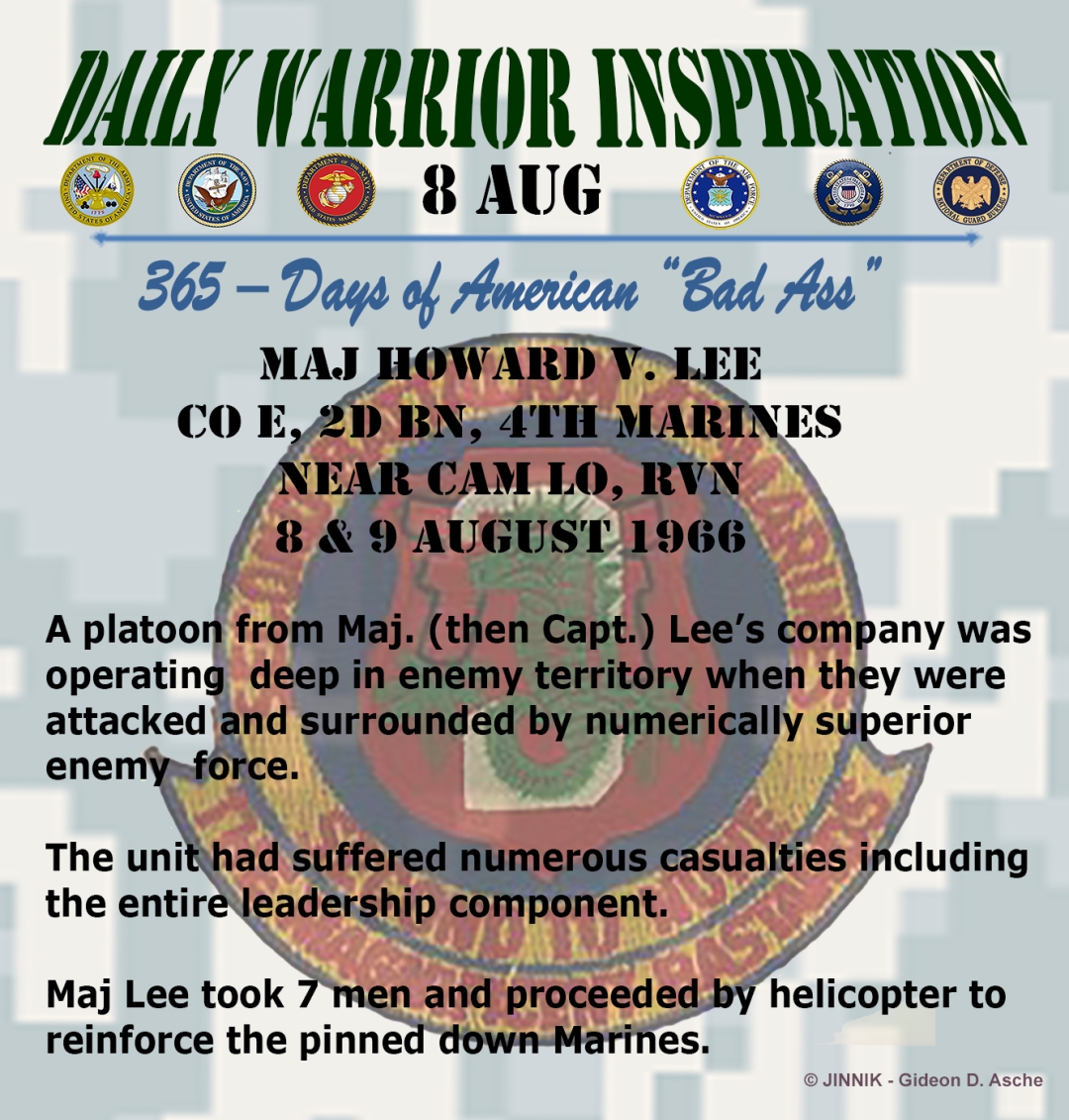 A platoon from Maj. (then Capt.) Lee’s company was operating deep in enemy territory when they were attacked and surrounded by numerically superior enemy force.

The unit suffered numerous casualties including the entire leadership component.

Maj Lee took 7 men and proceeded by helicopter to reinforce the pinned down Marines. Maj. Lee and his men braved withering enemy fire to get to the unit’s perimeter, then fearlessly moved from position to position, directing and rallying the troops.

A massive enemy assault came shortly after the Maj’s arrival.  Disregarding his own painful wounds including one of his eyes, Maj. Lee continued to lead from the front throughout the night coordinating supporting fire and mounting a valiant defense.

Maj Lee finally collapsed from his wounds and was forced to relinquish command the next day.

“…the small band of Marines had held their position and repeatedly fought off many vicious enemy attacks for a grueling 6 hours until their evacuation was effected the following morning.Maj. Lee’s Medal of Honor Citation concludes with the following words.

Maj. Lee’s actions saved his men from capture, minimized the loss of lives, and dealt the enemy a severe defeat.

His indomitable fighting spirit, superb leadership, and great personal valor in the face of tremendous odds, reflect great credit upon himself and are in keeping with the highest traditions of the Marine Corps and the U.S. Naval Service.”