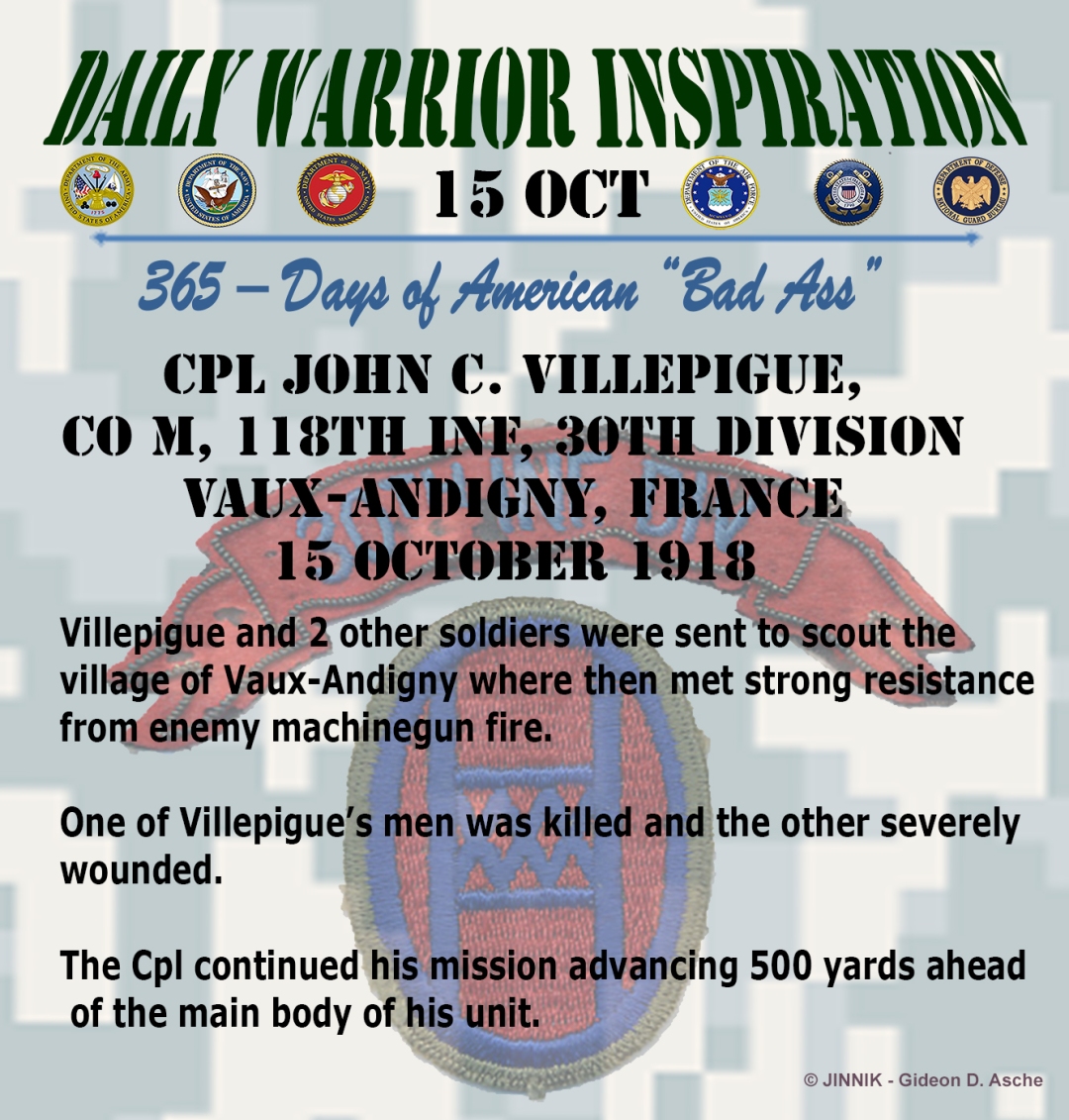 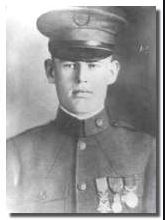 Villepigue and 2 other soldiers were sent to scout the village of Vaux-Andigny where they met strong resistance from enemy machinegun fire.

One of Villepigue’s men was killed and the other severely wounded. The Cpl continued his mission advancing 500 yards ahead of the main body of his unit.  Villepigue encountered 4 enemy soldiers who were pouring fire in his men, in a dugout.

Villepigue eliminated the threat with hand grenades, then crawled forward another 150 yards to the final enemy position where he Killed 4 and captured 6 enemy soldiers along with 2 crew served weapons. Remarkably Villipigue was never wounded in the entire engagement –  After he eliminated the threat and his platoon caught up with him he was severely wounded in the arm buy a fleeing German