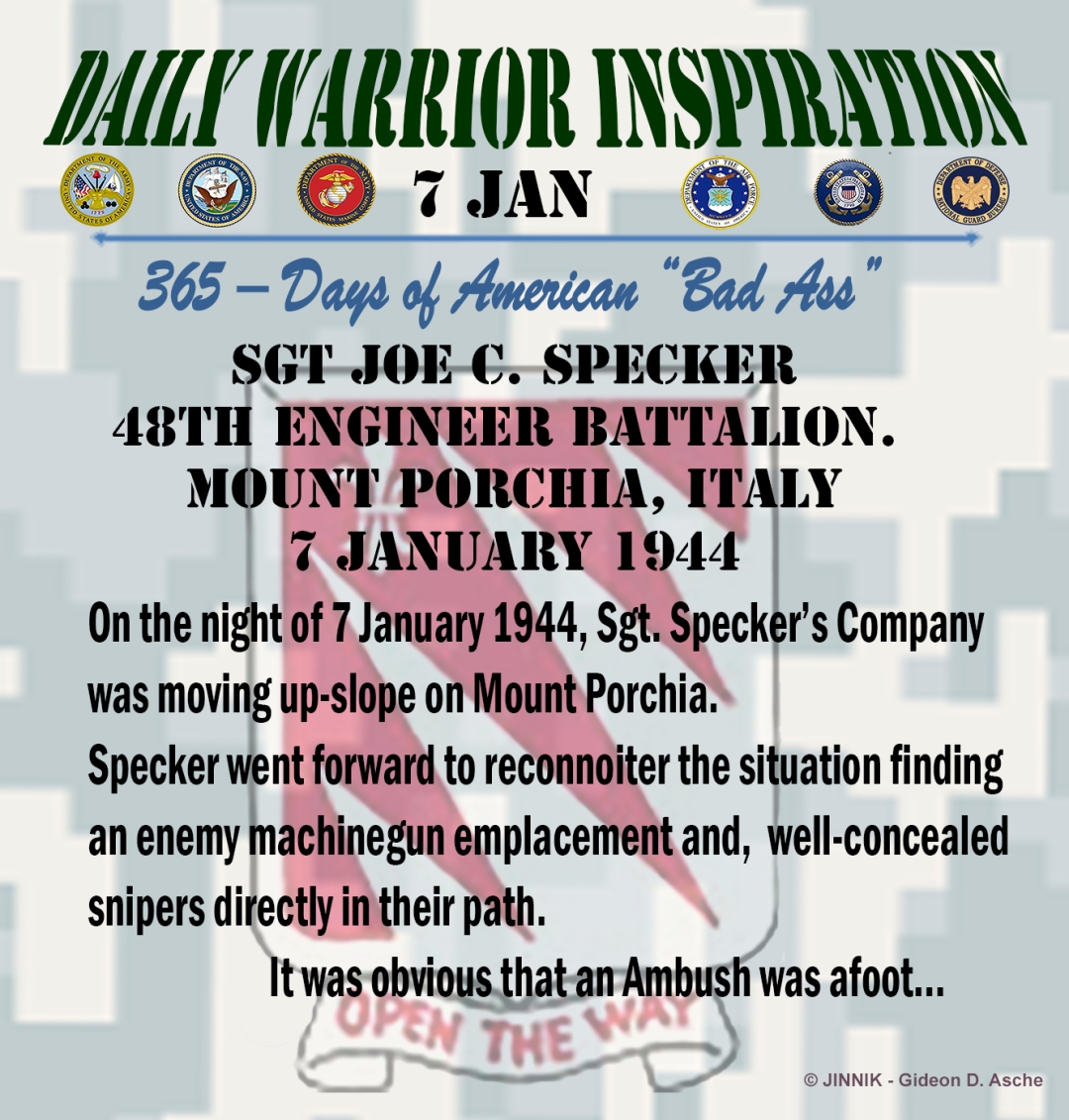 On the night of 7 January 1944, Sgt. Specker’s Company was moving up-slope on Mount 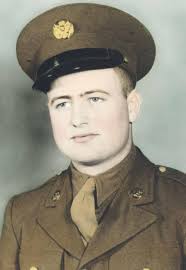 Specker went forward to reconnoiter the situation finding an enemy machinegun emplacement along with a number of well-concealed snipers directly in their path.

It was obvious that an Ambush was afoot…

He made his way up the mountain alone carrying a heavy-machinegun and a box of ammunition. The enemy detected his movements and poured fire on Specker’s position wounding him seriously in both legs.

Specker was unable to walk so he crawled, dragging his weapon and ammo behind him until he found a place where he had a good firing position on the enemy.

Specker’s accurate a extremely well-placed fire scattered the enemy and rendered the ambush ineffective allowing his platoon to obtain their objective.

Sgt. Joe Specker was found dead at his gun. – He accomplished his mission.